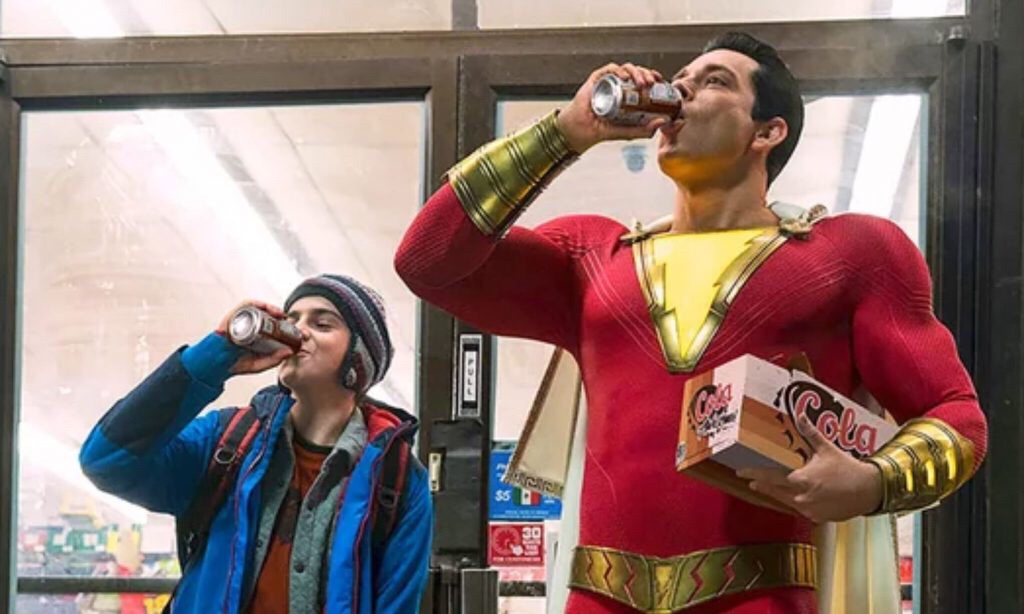 There’s Something Special About Shazam

God only knows how many times I have watched the Shazam! trailer.

It’s been a couple weeks since Comic-Con, believe me, I know I’m way late on this but I’ve been involved in a cross country move that brought me to the Golden State. In the last couple weeks, several… and I do mean a boat load of articles have been written on Shazam! We’re talking fan theories, preview breakdowns, everything. Naturally, I have to put my thoughts out there but I wanted to maybe try a different approach to explain why I feel the film could be a major cultural phenomenon.

First things first, if you haven’t seen the trailer yet, check it out below!!

Of course the final product has to make a statement but what we got at Comic-Con is ripe with potential.

The first thing I noticed was, Shazam! appears to be a different kind of superhero movie. No I don’t mean dark as hell and metaphor so rich you need to hit the gym after. Nor do I mean fun for the whole family, though DC is clearly going that direction. What I’m talking about comes from the core of the character himself. A child who says a special word then magically becomes a strong, bulletproof, man with a cape. It’s like every kids dream, and something that has not been done on the big screen yet. Sure every comic book movie includes enhanced strength or some ability, however this approach may be enough get get a few scorned DC fans back to the theater. I’ve seen a comparison to the 1988 Tom Hanks film Big thrown around recently and I couldn’t agree more. Between the obvious, plus a couple lines of dialogue, Big was the first thing that came to my mind. Maybe the superhero genre should start to model different types of stories. Aquaman looks a lot like Black Panther underwater. Black Panther is basically Lion King, which is basically Hamlet. How many times can the same tale be told and still be original? If Hollywood has run of out ideas as my daily Twitter feed says, the key to keeping it fresh might be in taking classic scripts and simply adding a superhero.

Click here to read an article from 2017 by Polygon that describes the new Green Lantern as Lethal Weapon in space… we need more of this.

Shazam! will also bring a new face to the world of live action comic book adaptations. If there’s anyone who needs something people haven’t seen before, it’s DC. Basically, not every movie can have Batman in it. I’d be fine with that, but the reality is, it’s an awful business model. Especially when Marvel is taking third tier characters and turning them into the highest grossing movie ever.

The current Batman dilemma can actually work to the studio’s favor regardless if Ben Affleck dawns the cape and cowl again. If it takes a little while longer for the project to get off the ground, that’s more time to get new characters on the screen. Let audiences forget about Batman for a couple years. Two reasons why; 1) people do not need to be reminded about the Zack Snyder era 2) people still haven’t forgotten about the Christopher Nolan trilogy which contains easily a top five superhero movie ever. Warner Brothers will never be able to move forward if they keep reaching to the past.

Audiences can lose interest, even in Batman. Finally, one of the topics we frequently cover at Nerdbot is the use of nostalgia. Believe me, it’s a hot topic these days. Shazam! employs a nostalgia tactic I don’t think I’ve seen before. Instead of filling the shots with vintage coke cans, director David F. Sandberg has personified the feeling of wanting to be a superhero. Remember tying a towel around your neck and pretending to fight Lex Luthor? The Shazam! trailer seemed to capture that feeling in all of two minutes. There’s no buffet of imagery like in Ready Player One because it’s not needed. Shazam! draws the nostalgia organically through a direct line to the viewer, which is done through the character.

Earlier I used the phrase cultural phenomenon and it’s the aforementioned type of connection that could elevate Shazam! to a whole new level. If the film is great, we could be looking at the number two face in the DCEU behind Wonder Woman. I’m not writing Aquaman off just yet but between the two trailers from Comic-Con, Shazam! is the one I can’t stop talking about. By the time April 5th 2019 rolls around, maybe everyone won’t be able to stop talking about it too.

What’s the better trailer; Shazam! or Aquaman? Let Nerdbot know in the comments!!

So Alien Jerky Is A Thing