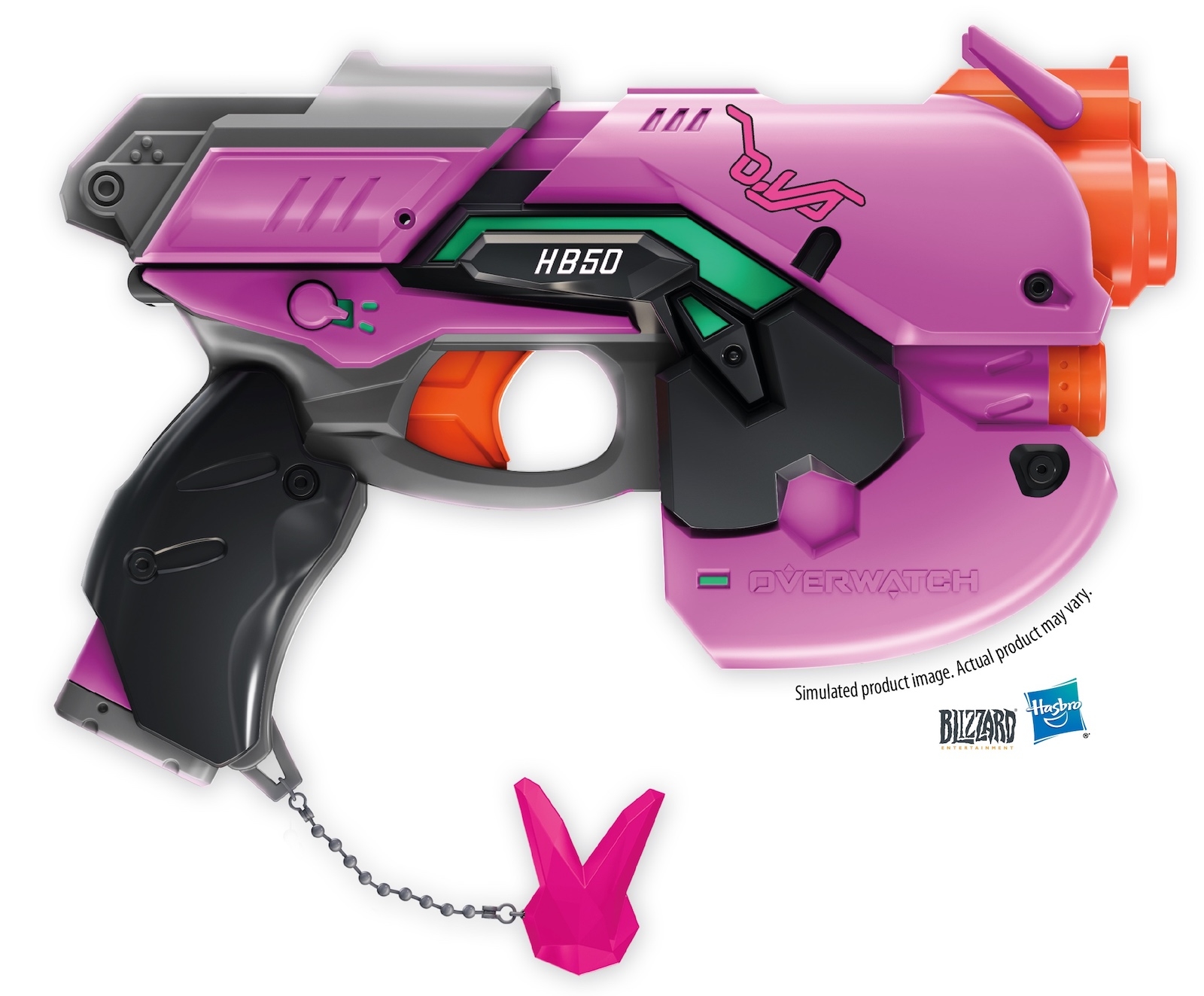 Reports from Polygon show that new Overwatch NERF blasters are on their way!

The second weapon in the Overwatch collaboration between the Nerf Rival line of toys and Blizzard was revealed at ChinaJoy in Shanghai and, lo and behold, it’s D.Va’s Light Gun.

A news release from Hasbro boasted that that blaster has a three-round capacity and will fire the foam ammunition at a velocity of up to 80 feet per second. Other features include a spring-action mechanism, a safety, a ready indicator and, of course, D.Va’s bunny charm dangling from the grip.

The unveiling comes about a week after the first weapon in the line, launching in 2019, was revealed. That was Reaper’s Wight-skinned Hellfire shotgun, shown at San Diego Comic-Con 2019. That will have an eight-round capacity and 90 fps launch speed.

Unsurprisingly, both weapons have already been done by fans, modelers and cosplayers on their own. For those who are less arts-and-crafts inclined, these packaged goods from Hasbro will scratch the itch to run around and play Overwatch IRL.

Price and specific launch date are so far unknown — so is whether or how many more Nerf/Overwatch arms will be announced.

The Telenomicon: Steve Urkel is the Nexus of Evil