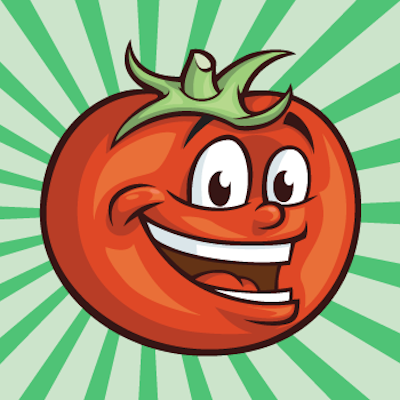 Legends of Localization is a website that exposes mistranslations in the video game world. Specifically, those from Japanese to English. The man behind the website is professional Japanese-to-English translator Clyde Mandelin, known on the internet as Mato. Not only has he translated video games (live on YouTube at that) and animes, but he’s the person behind the well-known Earthbound 3 fan translation project. We were so stoked when Nerdbot asked Clyde for an interview and he said yes! Let’s hit it!

How do you come up with the games or social mistranslated social trends (like your “Let’s” article) that you address on your website? Do you stumble upon things on your own, or do your fans make requests?

It’s half of both I’d say. I originally took lots of requests from readers and answered them via e-mail or whole online articles. I’ve recently started writing broader articles about things I run into every day as a translator. Everyone who’s been at a job for a long time can tell you some crazy stories, you know? Like a doctor could probably tell you about all kinds of crazy injuries people have given themselves, and a graphic designer could tell you about some crazy requests they’ve gotten from clients. What I’m doing is basically that, but as a translator. Things like my “Japanese Let’s” article are just stuff I’ve picked up after years on the job.

Let’s talk a little about the variations between online mediums. You’re present on so many platforms, from YouTube to the Legends of Localization website, your books, and over to the professional translating work you do (Specifically your anime translation work). Which is the most satisfying and where does the quality of your work shine?

Most of my online work is related to video games, and since video games combine text, voice, and graphics, I suppose that’s why I’ve ended up doing such a wide variety of projects. It’s all pretty fun, and it helps that I get to decide what to write about. I enjoy translating and showing how translation works, so most of this stuff just flows naturally for me. Video projects are surprisingly exhausting though, so I mainly stick with the writing side of things.

My articles are fun to write and I can finish one in a short amount of time. Working on books is probably more fun and satisfying, but it’s also a very long, tiring process. But my translation work is probably the most satisfying of all – that moment when a long translation project comes together is such a great feeling. And it’s even better when you see people enjoying your work.

Do you have any translations out there you wish you could re-do? Are there any that you would go back to “knowing what you know now” if you had the chance?

In my case I actually do have plans to revisit some of my earliest translations and dissect them as part of an article series someday. I’ll show why I translated certain things for certain ways, point out some of the boneheaded decisions I made, and show how I might handle them now.

That would be so amazing to see your new take on your old work side-by-side. We’re looking forward to that when you do it! All right, What’s the balance of putting your own writing flare versus the integrity of the words? What do you do when something is just lost in translation? How do you approach it? Do you ever choose to westernize something untranslatable?

(Although I’m sure you do a better job than Google Translate. That Final Fantasy book project is amazing!)

When discussing translation and translation philosophy, it always comes down to one idea: everything is on a case-by-case basis. It makes it difficult to talk about translation styles in general, but my overall approach is to act like a mirror that reflects the source text as well as possible while distorting as little as possible. And just as every mirror has unique imperfections, every translator has their own quirks.

When it’s clear that something is going to be lost in translation, I try to minimize the loss. Again, this is a very case-by-case thing so it’s not easy to talk about in general. That’s partially why I started Legends of Localization – to show some actual case-by-case examples of translation challenges in action.

On the topic of anime translations: is translating the same person who writes the final script? Or is it two separate jobs?

I assume it depends on the company, but in my experience, translators create the basic subtitle translation, and then that base translation gets used by a completely different group of people who adapt the script for dubs. So, the two jobs are usually very separate and very different.

I really like the amount of humor plugged into your articles. How important is being funny to you when you’re writing your pieces? How did you choose your voice when you first got started presenting this pretty straightforward, matter-of-fact material to readers?

I’ve always felt that it’s easiest to learn something when there’s a bit of playfulness involved. A lot of times, we decide beforehand that a certain topic is super-complicated and scare ourselves into thinking it’s impossible to understand. I think a sense of playfulness helps break that trend by bringing it down to earth and making it relatable. It’s kind of like when a person wants to learn a foreign language, they ask what all the bad words are right off the bat. And a dozen years later, those bad words are probably the ones they’ll still remember the most.

Anyway, I’m actually surprised that my writing comes across as funny – I guess the trick has been to “cut, cut, cut” after I’ve written something until it’s as bare-bones as possible. That way the thing I’m showing off (which is usually weird game screenshots in my case) does most of the talking. I guess it’s like how jokes die if you drag them out too long or have to explain them.

How long did it take for you to grow a fan base, where your readers really regarded you as an authority? Was it the Earthbound 3 translation that took you to the top, or did it happen before that?

Whoa, I have a fan base? I feel like I’m pretty much just some guy who’s done a lot of wacky projects over the years. My Mother 3 fan translation work has definitely led to “Oh, you’re that guy!” moments, but I’ve always been pretty active in the fan translation and professional translation communities.

This humble guy. Yeah, you’re kind of a big deal. Are there any misconceptions about the work you do, or crazy fan stories? Has anything super weird or unique happened as a result of the work you do?

Hmm, I’d say that translation isn’t as glamorous a job as it seems – it’s mostly just sitting at a computer staring at spreadsheets and Word docs all day. Also, most translators are contract workers/outside freelancers – so when they submit their translations to their clients, the clients can (and do) change those translations anyway they want. So, if you ever see something changed or censored or whatever, there’s a good chance the original translator wasn’t the cause. It’s like if you were a chef and someone asked for a fancy steak. You cook it up and present it to the customer. If they decide to cover it with a bottle of chocolate sauce afterward, that’s entirely their choice and doesn’t reflect your own work.

As for crazy fan stories, one that comes to mind is when someone tried to get me fired for using the word “cab” in a translation instead of “taxi”. Wait, I suppose that isn’t really a “fan” story, though…

Do you make appearances at any conventions or do panels? What can your fans expect from you coming up?

I’ve been to a handful of small conventions but I’m a pretty shy guy so I don’t do them very often. As for stuff coming up, I have some cool translation patch-ish stuff in the works, as well as some handy game-related software that almost works like magic. I’ve got some books in the works and have a new series of full-length game translation comparisons coming soon. And maybe some interesting stream ideas I don’t think anyone’s done before.

Are you involved in any niche interests or fandoms that might surprise people?

I’m starting a thing called the Society of Up Is Jump, in which we change games so their jump button is the Up button. My hope is that it will cause great frustration. Ironically, the site isn’t up yet.

You can follow Loryn on Twitter or her personal blog. Loryn’s debut novel My Starlight, a young adult novel about anime, cosplaying, fandom, love, loss, and friendship will be released August 3rd, 2018 by Affinity Rainbow Publications.

The Strange ‘Walking Dead’ Pact between Rick and Daryl