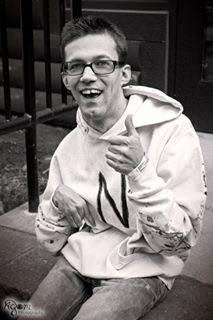 My Experience Cosplaying (With Physical Disabilities) Five and half years ago I had no idea what Cosplay all about until I started watching Face-Off and Heroes Of Cosplay. After I saw that I couple episodes of it I said to myself I can do that so I started doing little research on Cosplay and Comic Cons. I started perusing it and seeing how I could make work in my favor. What I found out about it I really liked because it gave me a way to express myself without making feel like I was nothing at least for few hours anyway; which is great for the soul if you know what I mean. Plus, it got me more active with my community because I was a hermit before I found Cosplay and you don’t want be hermit from hiding yourself from the world especially when you have special talent of Cosplaying.

Cosplay has changed my life because it has opened up a whole new avenue where I can use my creative side of my brain. I quickly realized that I wasn’t only one like me out there in the Cosplay community. I also quickly made new friends that I can share the same interest as me without judging me about my disabilities. Hopefully you can do the same.

The person that really inspired is Rebecca Adams also known as Aktrez. She is the one from Heroes of Cosplay and I want to be more like her by changing the world with my talents. What I remember from my first day truly Cosplaying at a convention which was Saratoga Comic Con (also known as Chase Con), I was very nervous because I didn’t know what people were say about me especially since I was in a wheelchair.

I dressed up as Titan with a Sparrow from the video game Destiny. Even though I made the Sparrow to hide my wheelchair people didn’t care that I had a disability they just my costume and the way I made Sparrow was cool and I was accepted into Cosplay Community. I do have some haters out there but who doesn’t. My favorite thing about Cosplaying is the fact that I can create something out nothing and be anybody I want to be no matter what the circumstances might be.

I also love how it gave me so many more opportunities afterwards because I want to write and illustrate my own Graphic Novel someday by sharing my life story and how I overcame my fears. What is about Cosplay that you hate? What I hate the most is the drama within the Cosplay community. The thing is drama isn’t going change anything another than people feelings getting hurt and people’s reputations getting ruin over nothing. Another thing that hate is how hard it is to find transportation to get and from conventions not only that it is hard to get around at some conventions because they are small compacted which means some things aren’t so accessible especially if you are in walker or wheelchair. Last hard thing about Cosplaying is going to the bathroom if you have hard costume get on or off. That’s one things I have to think about when I decide on who I want be because I don’t always have help with me. It doesn’t matter who or what you want to become in life as long as you have the right mindset. Especially when you have to jump through hoops to get you want to be. It makes it that much more awarding when you accomplish and conquer your dreams and goals you may have. He hopes you can find you niche in life and use it in the right way. That’s what Cosplay does for me anyway.

So, get out there find your hidden talent use it. That’s why I Cosplay.