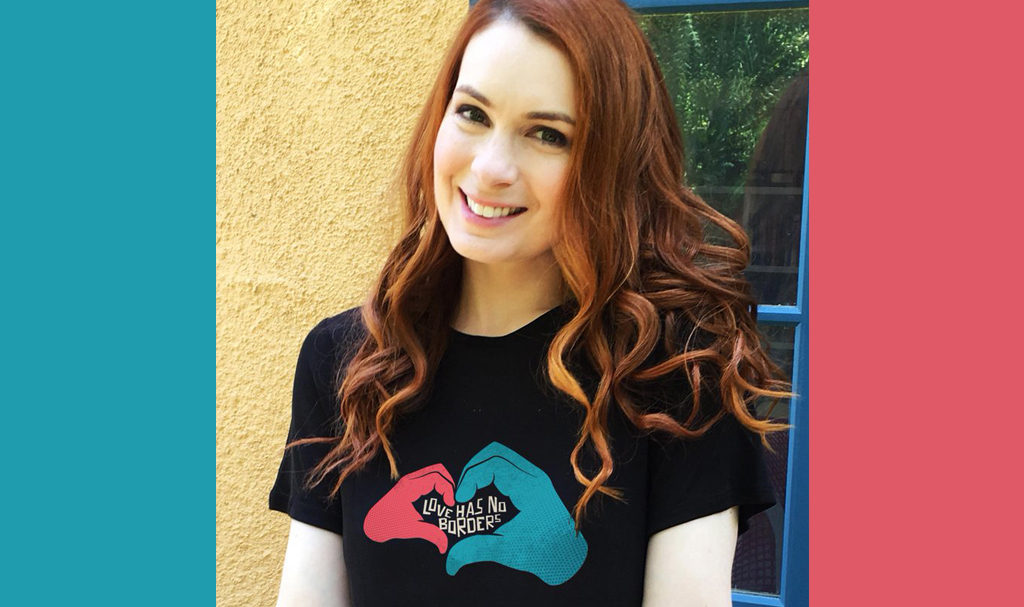 On June 30th 2018 from 9am to 9pm, Actress Felicia Day will be holding a fundraiser via Twitch for a charity that helps with the legal defenses of the children that are being taken away from their parents and kept in holding camps.

The proceedings will be given to @RAICETEXAS and would help a number of children to be reunited with their families faster. RAICES is the largest immigration legal services non-profit in the Texas area that puts focus on underserved immigrant children, families and refugees.

As soon as she posted her announcement on Twitter, on June 19th, there was a multitude of responses from people wanting to help. People began offering handmade crafts for giveaways that she could do throughout the stream as well. It seems that the general reaction is positive and that makes me glad to see.

In an updated tweet she put out today you can see that she has gotten a variety of people to make appearances on her twitch stream for charity including Alan Tudyk, Seth Green, Geoff Keighley, Ruthie Connell, and Samantha Smith. She will be doing lots of free giveaways for those who tune in.

Over the past few weeks there has been much debate over if what was happening at the borders was a justified action. If you want to do something for the children who have been taken and put into these holding camps this is a great way to go about it. Even though a executive order has been signed to stop separating families at the border they are still trying to reunite those who had been split from their parents prior to that.

I have been a fan of Felicia ever since I saw her in Dr. Horrible’s Sing-A-Long-Blog, and The Guild.  She has always been someone I have looked up to and I admire her even more for doing this. I’m almost certain that with Felicia being a mother as well that this was her way of creating change and with her following being so large this was a smart way to go about doing it. If everyone watching contributed even a dollar that would help with legal fees and getting these children taken care of. Please consider tuning in and donating what you can.

Tune in anytime between 9am and 9pm June 30th to Twitch.tv/feliciaday

If you would like to donate directly you can do so at RAICESTEXAS.ORG