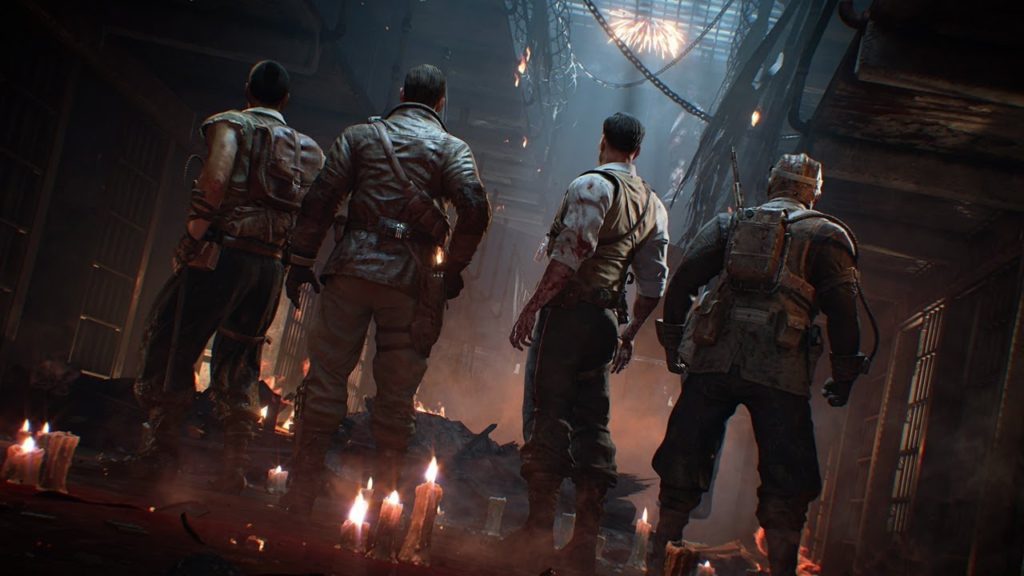 The Treyarch signature line of Zombies is special phenomenon in gaming history. Arguably one of the most recognized trademarks on Activision’s roster, the story of the little-mini-game-that-could will continue to the delight of fans across the globe as it was announced earlier in May as part of their launch campaign that 4 new Zombies Experiences would await us the day Black Ops 4 Arrives.

Treyarch, known for it’s laser beam focus on continuing streams of content for their fans have unleashed waves of features that are a bit overwhelming all at once. We’ve conveniently collected them here for you:

Probably the most dynamic of changes, and hopefully as the trailer suggests, a more melee based approach to Zombies is the introduction of ‘IX‘. This would be a major development as most melee attacks in Zombies have been restricted to a Bowie Knife and Sickle. This map is 1 of 4 Zombies maps available on Launch.

You’ll Catch Your Death of Cold

Completely out of left field but notably a bold choice once again by Treyarc is ‘Voyage of Despair’ taking place on the historical RMS Titanic that fateful night in 1912. This history lesson comes with an all new cast and will also be available on launch.

WE GOT THE BAND BACK TOGETHER!

Fan-favorite ‘Mob Of the Dead’ is set to return as ‘Blood of the Dead’. A completely remastered experience, the BOTD trailer is a beacon to Primus/Ultimus fans far and wide. Of course its up to use to figure out why the hell they are back after their story concluded in BO3… Or did it?!?!

Is That You Five?

By now, it’s common knowledge you can’t get anywhere without a season pass if you want to enjoy the full commitment Treyarch pumps out for it’s games. But nuzzled in the letter ‘A’ of the Digital Delux Edition is an easter egg in plain site. A Pentagon that can only mean one thing, the return of ‘Five‘. Until the game drops October 12th, 2018, we can only speculate and dream as Zombies fans do!

Are you excited to get back into the zombies action? Let us Nerdbot know in the comments!