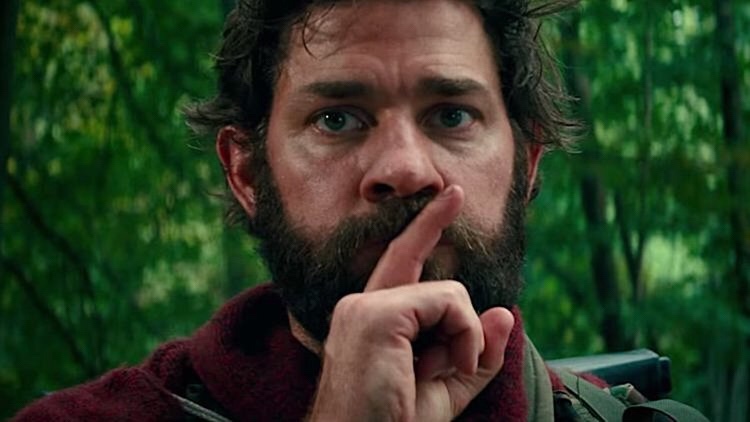 Have you seen A Quiet Place?

I, of course was late to the party on this one. It happens. But when I finally got to the theater, A Quiet Place turned out to be one of the most original movies in the horror/thriller/suspense genres I have had the pleasure of viewing in quite some time. All the hype, expectations, or whatever you want to call it, were true. And with the film putting close to two hundred forty five million dollars in the pockets of the studio, it’s as certain as a line at Chipotle that audiences will someday see a sequel. I’ll bet there are writers drafting a script right now.

I’d like to thank BoxOfficeMojo.com for providing the statistics.

When sequels are a part of the discussion, honestly I have zero problem with them; if the story needs to be, or can be continued in a way that doesn’t feel manufactured. Let me give you a couple examples so you know what I mean. When Warner Brothers announced another Blade Runner movie, I was intrigued, but ultimately worried. How would this actually work? Would they soil the good name of Ridley Scott’s science fiction masterpiece? Completely relevant questions to have. Then after you see Blade Runner 2049, you’re leaving the theater wondering if it was better than the original. For a thirty year gap between the two films, 2049 felt like it had to be made.

Sequels being on par with the initial installment is rare enough, but to beautifully continue the Blade Runner story? I’d give Denis Villeneuve the keys to my apartment I trust him so much now.

A manufactured sequel would be something along the lines of Deuce Bigalow: European Gigolo. Take a character, or characters, and place them in more unfamiliar territory with higher stakes. Maybe throw in some fresh jokes. You know these movies, they’re never as good as the original.

When it comes to A Quiet Place, I can smell real franchise potential. First, any continuation of what we established is rooted in the film’s brilliantly simple premise; you make sound, giant monsters will kill you. Absolutely genius! And with the small amount of exposition we got as to the world around our characters, there is plenty of room for exploring. Also, the cast totals less that ten people, the setting is their farm, so believe me, plenty of opportunities to expand the story are available if any producers want to flip the bill.

Aren’t there other people in America who are trying to survive? Where the hell did these monsters come from? Are there more of them? What happened in the major cities?

I have to give the writers and the director, yes John Krasinski is the director too (tall and a filmmaker, totally unfair), props for providing the perfect amount of exposition. The point was made, the rules were established, we got just enough information to keep us informed but also leaving us wanting more.

So where does the Quiet Place franchise go from here?

I’m predicting a similar path as The Purge movies. I actually thought the original was such as great idea for a horror/suspense/thriller film. Judging by the fact they made three more, somebody had to have seen potential in the premise of a night where all law is suspended. Just like The Purge, A Quiet Place has equally great of a premise, and the right people can really do a sequel justice. I’m thinking three follow ups, easily, maybe more.

The direct sequel, I’m imagining Aliens. More monsters, more people, an us vs them in a silent fight to the death. Maybe it centers around Marines in charge of eliminating the threat to humanity. But mark my words, the next one is going to go big! The third, not so much, I’m seeing a return to a limited cast and isolated setting. A story meant to shine light on remaining unanswered questions from the previous two. I’d bet each features an updated, more vicious rendition of the monsters, possibly with new abilities. Lastly, a prequel. Something that tells us where the monsters came from while explaining the origins of the franchises antagonistic forces.

Everything I mentioned above is pure speculation. However now that you’ve read it, you’re thinking about Quiet Place sequels. Admit it, it’s okay. Deep down you know I’m making sense.

Remember, there’s nothing wrong with a sequel… if it’s done right.

Any ideas for A Quiet Place sequels? Let Nerdbot know in the comments!!

The Sort Of Return Of Rick Moranis