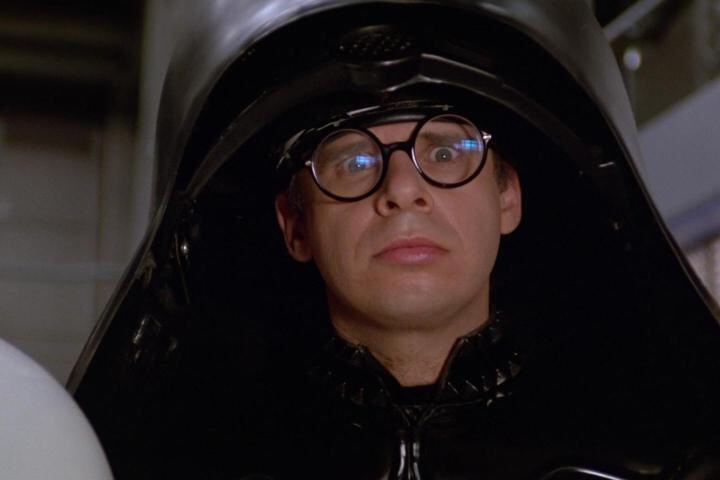 The Sort Of Return Of Rick Moranis

For those of us who grew up in the 90’s, Rick Moranis was as much a part of your life as a snap bracelet. In case you didn’t know, Rick Moranis retired from acting in 1997. Unfortunately his wife passed away six years earlier and the hardships that come with raising children became too much to balance when you’re starring in movies. So Moranis traded the Hollywood life for the family life. Minus a couple voice over jobs, the dude seriously did what he set out to do, be there for his children.

Isn’t it an unusual thing when celebrities leave the spotlight to do something honorable?

Reporting from ConsequenceOfSound.net on May 7th says Moranis’ will lend his to ABC’s hit 1980’s throwback sitcom, The Goldbergs. Moranis’ role will be lending his voice only, to a dream sequence where Adam (the son), faces off with Dark Helmet in this week’s installment. We can only hope the Schwartz is involved somehow. Paying homage to pop culture is nothing new on the show as its basic business model is to pump the well of nostalgia until you can’t pump it anymore. Previous episodes have feature nods to The Goonies and Dirty Dancing, so featuring a character from Spaceballs is right up their alley.

You can catch the sort of return of Rick Moranis this Wednesday, May 9th on ABC

What celebrity do you want to come out of retirement? Let Nerdbot know in the comments!!