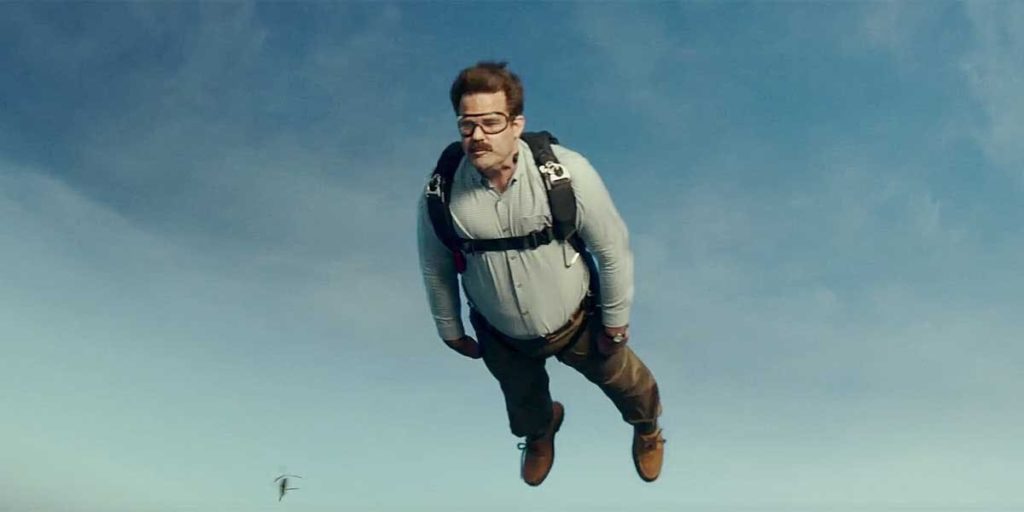 We Need To Talk About Peter…

If you haven’t, you should. Not just for the purpose of comprehending what is to be discussed in this article, but because it’s awesome!

Hopefully you are as excited as I am, just get this movie in the theaters already.

So, the preview gives us a good amount of stuff breakdown; we got Cable, the beginning of X-Force, Negasonic Teenage Warhead’s new haircut, there even two beautifully crafted jabs at the DCEU and Thanos. However we’re not here to talk about that.

No, we’re here to talk about Peter: 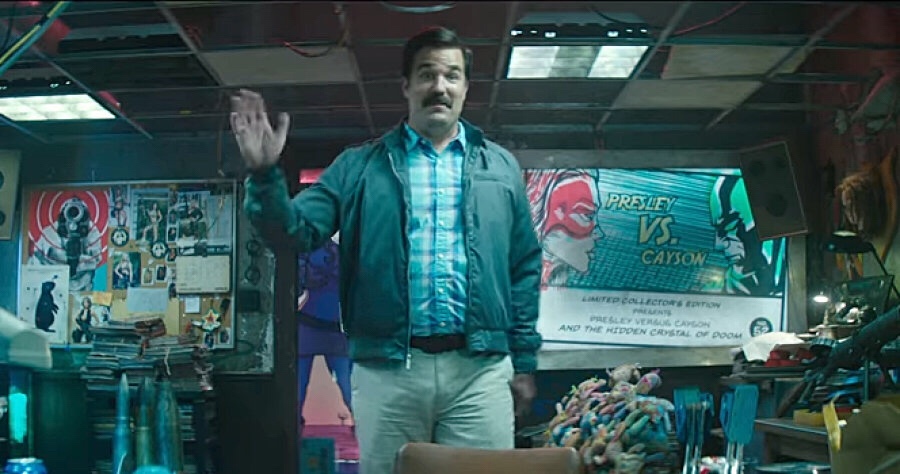 Who the hell is this guy? Will he have a hero moment? Is he just some dude the writers created for the sake of punchlines? We have to wait a couple weeks to find out so for now let’s highlight a few ways our new X-Dad may be used in the film.

I have to point out the level of genius this addition to the cast truly is. The situational contradiction of a powerless man who shows up to a job interview simply because he saw an ad, then is hired, leaves plenty of room to draw humor from the context organically. Notice how for only having five seconds or so of screen time during the footage didn’t feel forced? Didn’t it seem like he was supposed to be there? That is exactly the type of writing intelligence I’m talking about. Deadpool 1 established a ripe stage for those without superpowers to be part of a story with those who do. Deadpool 2 will simply expand on what was already done to maintain certain themes or tones introduced in the first movie.

Instead of Dopinder the cab driver transporting our protagonist to the action, now we have a regular guy in the heart of the struggle. Peter jumping out of a plane, looking completely out of place in the world around him, represents an evolution in the screenwriters as well as sets up certain audience expectations. It’s basically a given that Ryan Reynolds will have a fresh crop of “you look like a…” jokes, with little to no response because Peter’s so bland, just happy to be on the team. But I believe where we’ll get our money’s worth will be at the end when he saves the day. 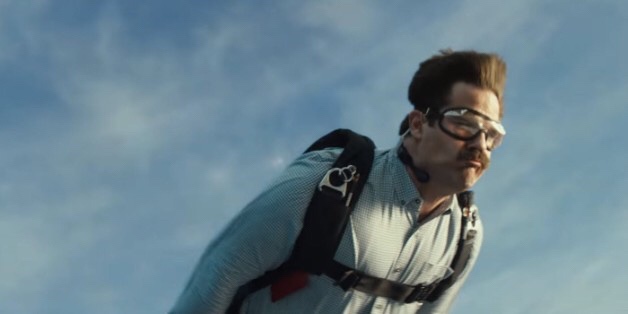 That’s right! Peter will be surprise hero of Deadpool 2.

Here’s what I mean… let’s assume Peter is a boring, doesn’t say much, an out of his league, member of X-Force. Obviously he’s not going to be doing any real fighting. So I’m predicting a point in the film where it all hope is lost, everyone will die unless somebody shows up, guns blazing, and kicks ass. That person is going to be Peter. The least likely person is always the one who comes through looking like a boss. Take Al Pacino in The Godfather. When you’re watching the opening wedding scene, did you think Michael would end up running the family? Of course not. It’s called a twist, or character development if you want to sound smart, and each one gets developed, even dull AF X-Dads.

Remember, the final showdown belongs to The Pool.

I saved the best for last. Peter has his own Twitter account and so far he been tweeting out X-Father gold. 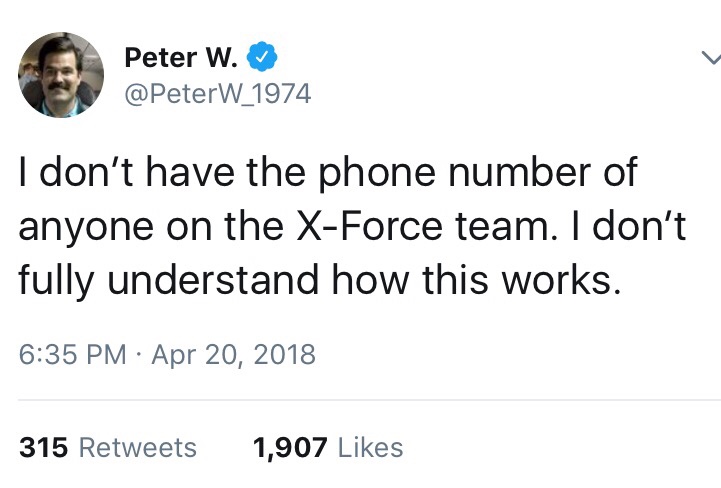 Another brilliant move by the marketing department.

Oh, I almost forgot… Peter is played by Rod Delaney.

How excited are you about Deadpool 2? Let Nerdbot know in the comments!!