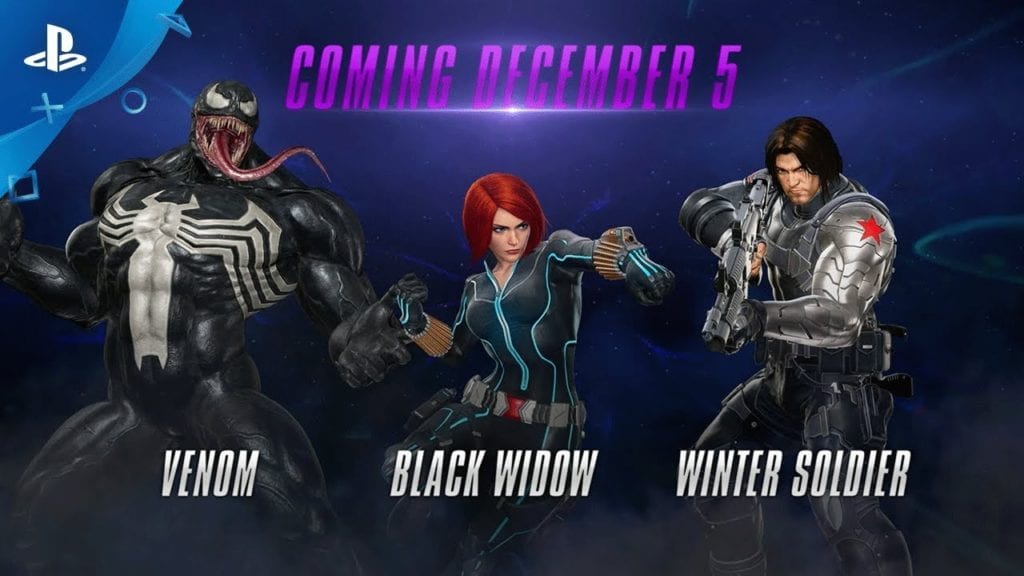 We finally have a release date for the next swarm of DLC characters coming to MVCI. Venom, Black Widow, and Winter Soldier are all coming to MVCI on December 5. We also got a nifty trailer showcasing some of their abilities. Its unclear at this point whether their will be another bunch of characters this year. However, Capcom has confirmed that more characters are coming in the future.

Which character are you looking forward to the most? Let us know in the comments!