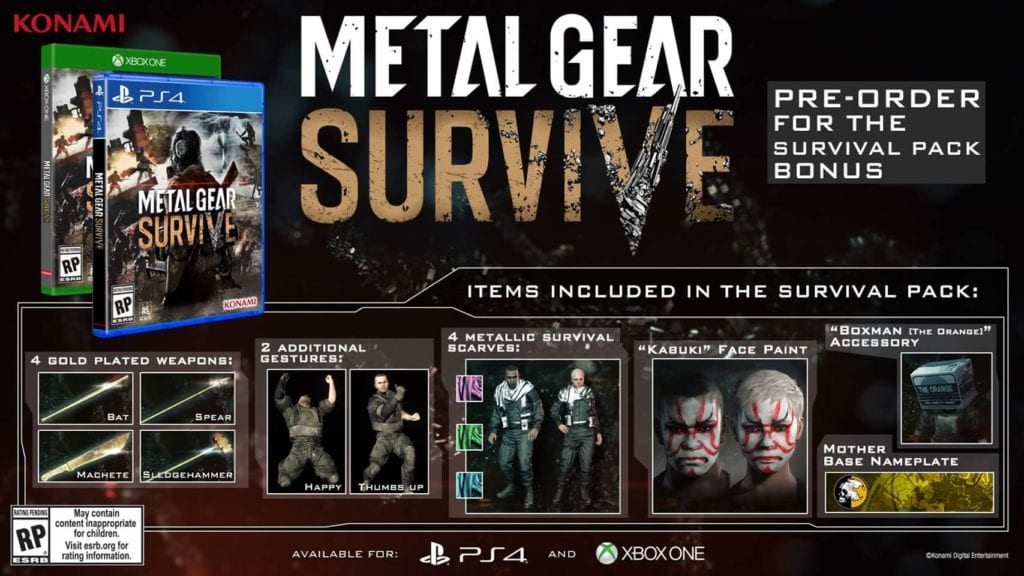 After being delayed for over a year, Metal Gear Survive has finally been given a release date:

Metal Gear Survive was originally announced during Gamescom 2016. The game was met with negative criticism from fans and ex-Konami employee/series creator Hideo Kojima. The game poses a handful of soldiers against waves of zombie-esque creatures. Much of the game’s details are shrouded in mystery. We will likely see more details coming out over the next few months.

The game will release on PS4 and Xbox One. No official word has been given on a PC version yet.

Have you heard any details on Metal Gear Survive? Let Nerdbot know in the comments!