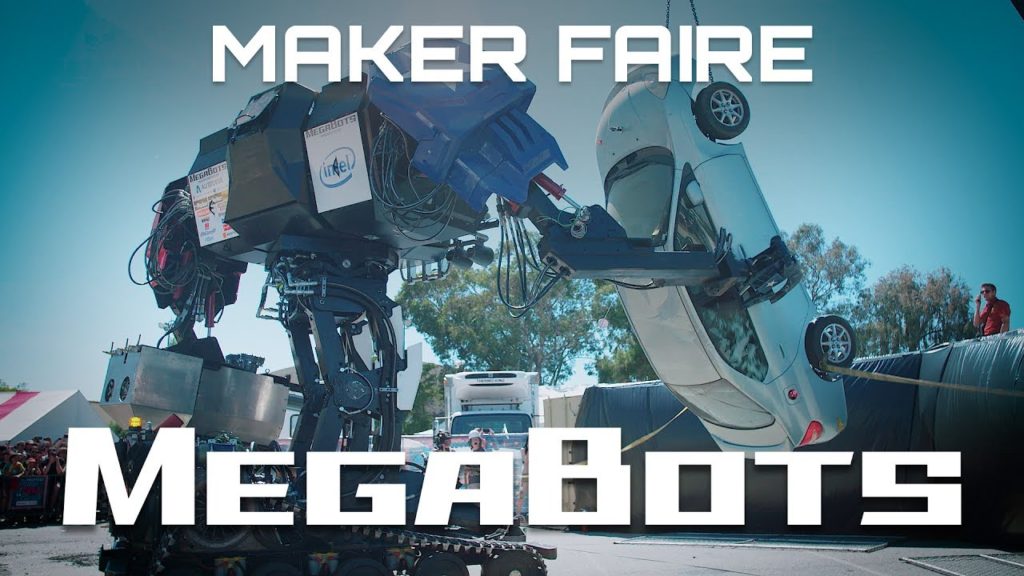 Remember that time two years ago when an American Robotics company Megabots Inc. challenged the Japanese Suidobashi Heavy Industries to a duel of giants mechs a year later? I know, I can’t believe I had forgotten about that as well. Well considering the venue they had planned back out from the event causing a massive delay to the showdown between mechwarriors it’s understandable that the public would just chalk it up to just another dream deferred.

Or so we would think. Turns out Megabots has since then unveiled the MKIII at the Maker Faire in San Francisco. Now known as “The Eagle Prime” it’s a 430 HP duel piloted 12 ton beast of pure American glory loaded out with massive canons to go against the Japanese KURATAS. Now, the specs of the KURATAS has been kept a secret so not much is known about the mech but considering what the Japanese had on display two years ago, it’s probably more advanced than the beefy American MKIII.

After the initial challenge, Megabots went to Kickstarter to to raise an additional $500,000 to make sure that their mech would be battle ready as it would need additional alterations. SHI responded to their challenge by saying that “Giant robots are Japanese culture.”

Originally, the duel was set last year as I stated before, so the event had to rescheduled into the following year. That was last year. Megabots has stated that the duel is indeed still happening, in fact, this month. The main event will take place in an undisclosed location. (either they themselves don’t know or they know that they won’t have time to properly promote the event).

Even more exciting, is the Chinese have thrown their hat into the ring with their very own 4 ton quadruped named, “The Monkey King” wielding a staff as it’s weapon. Unfortunately for them, they will have to wait their turn to do battle with Megabots.

Are you excited to see some robots fight? Let Nerdbot know in the Comments below!