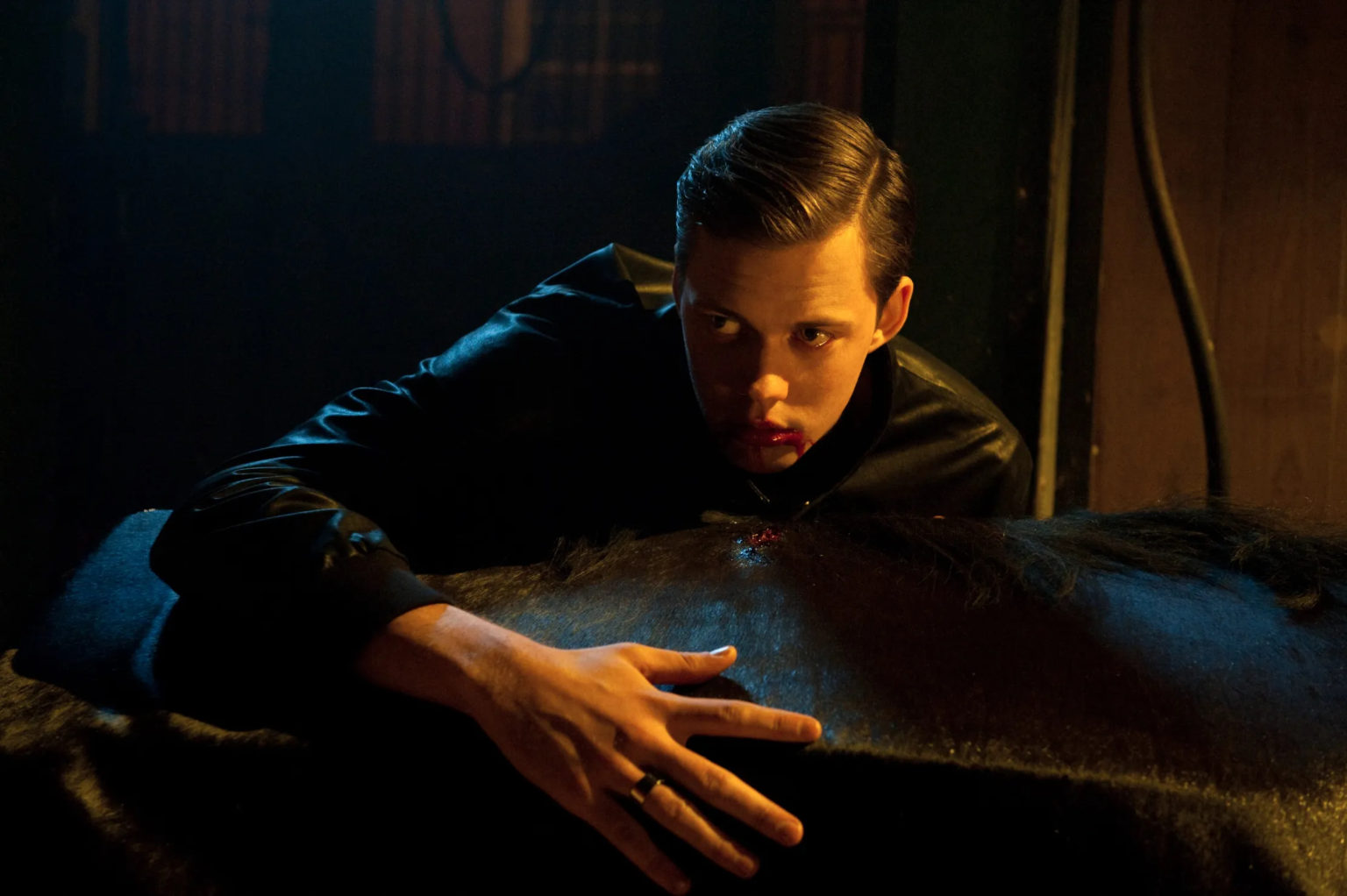 Streaming giant Netflix is removing their original series “Hemlock Grove”  from the platform next month. “Hemlock Grove” is a horror-fantasy series that follows the citizens of Hemlock Grove, Pennsylvania. When this sleepy town is suddenly forced to face a string of brutal murders. So it is up to a wealthy family’s heir Roman Godfrey (Bill Skarsgård) and the new guy in town Peter Rumancek (Landon Liboiron) to work together to solve these awful crimes. But the pair also each have disturbing and supernatural secrets that they must also contend with. It also starred Douggray Scott, Famke Jannsen, Penelope Mitchell, and Madeleine Martin.

While movies and shows go off and on to streaming platforms all the time, this one is a bit perplexing for two reasons. The first is that it’s a horror-based show, leaving in October, at the *height* of spooky season! This is when streaming platforms are normally loading up on as much horror content as they can since it’s in such high demand.

The second reason is its Netflix’s own original content, so it’s probably not being pulled due to copyright. Recently HBO purged a lot of its original content in order to save money on overhead but Netflix has been going in the opposite direction for a while now with no signs of stopping. “Hemlock Grove” is actually part of a trio of shows Netflix did to first branch out into original content. It came out on April 19, 2013, making it their second dive into producing their own programming, the first being the hit political drama “House of Cards.” The dramedy “Orange is the New Black” soon followed, and became a cultural phenomenon.

While “Hemlock Grove” didn’t have quite the same impact, it did hold its own by being the first streaming show to be nominated for Emmys for its theme music and visual effects. This still begs the question though; why remove it? The show only ran for 3 seasons so all the costs incurred to make it should be long gone as well. So it’s clearly not a cost-cutting measure like HBO. Only time will tell what the streamer might be up to.

If you still need a fix of “Hemlock Grove” all 3 seasons will be available on Netflix until October 22nd. “Hemlock Grove” *is* one of the series Netflix did a physical media release of, so you can watch it that way, too.