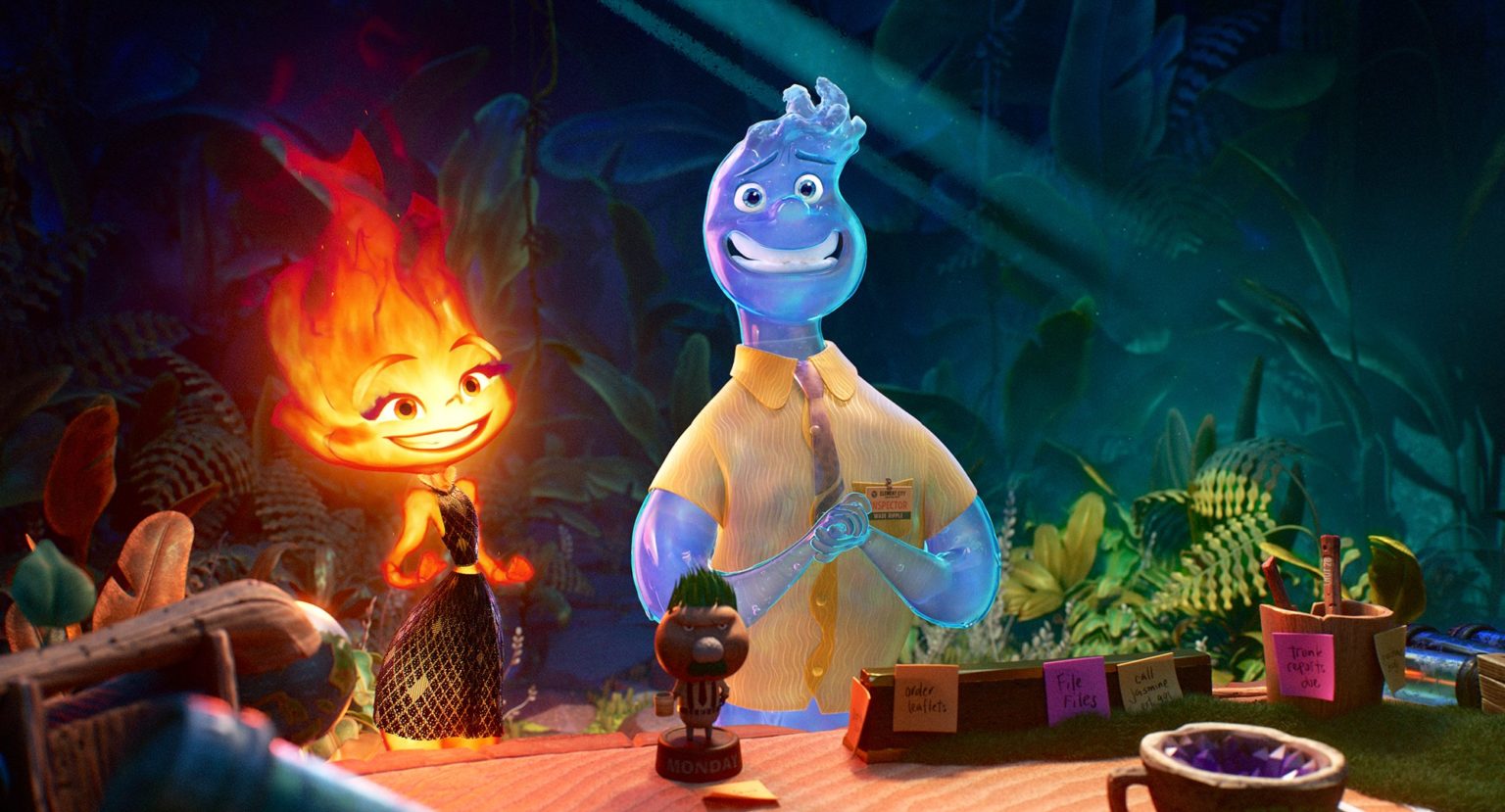 Get ready for all things D23 Expo with Disney Live Action, Disney Animation and Pixar! Opening things up was Cynthia Erivo with her rendition of “When You Wish Upon a Star” from “Pinocchio.”

Alan Bergman, chair of Walt Disney Studios, took the stage to tout the new Disney 100 Year Anniversary logo. Sean Bailey then came out to review the new slate of Disney+ films including “Hocus Pocus 2,” (and played a message from our beloved Sanderson sisters and a new trailer.

Next up was a look at the upcoming “Enchanted” sequel, “Disenchanted.” The returning cast took the stage including Amy Adams, Idina Menzel, Patrick Dempsey, James Marsden and were joined by Maya Rudolph. The sequel will find all the characters in new stages of their lives including parenthood and suburbia. Alan Menken and Stephen Schwartz will be providing music. They also brought a trailer for the film.

Next up was “Peter Pan & Wendy” with Jude Law stepping into Captain Hook’s … hook? Supposedly this version will feature the titular characters as equals in this version.

Next up were the theatrical releases starting with another take on “Haunted Mansion” from director Justin Simien (“Dear White People”). Not only did he bring a clip he brought Madam Leola aka Jamie Lee Curtis.

Continuing to mine the nostalgia train is “Mufasa: The Lion King” from Oscar winner Barry Jenkins. It’ll be the origin story of the orphaned cub who grows up to be the lion we all know.

Next up of the classics remade is “Snow White” which will feature new songs. Gal Gadot and Rachel Zegler as the live action embodiments of the Evil Queen and Snow White took the stage. Gadot said “She is the first and most iconic villain in the world and stepping into her shoes and getting under her skin was so delightful.” It’ll hit theaters in 2024.

Now continuing to delve into the depths of reimagined live action classics is “The Little Mermaid” with repeat Disney director Rob Marshall. It’ll have 4 new songs, but retains Howard Ashman’s original score. They shared the entire sequence of “Part of Your World.” Halle Bailey (Ariel) took the stage to thunderous applause and expressed that “I’m honored and grateful to be here in front of you all.”

Pixar Chief Creative Officer Pete Docter took the stage to tee up their upcoming slate. “We think telling stories is foundational to who we are as people. They really define us… We want to make movies that entertain, that surprise, and speak with authenticity.”

“Elemental” is their next theatrical film from director Pete Sohn and producer Denise Ream. Sohn said the story is inspired by his own life and his experience as an immigrant family mixing into the melting pot.

Then there’s the new long form animated series “Win or Lose.” The series follows a co-Ed middle school softball team leading up to the week of their big game. Each week follows the same week from each different character’s perspective and unique original visual style.

Then comes another feature film from director Adrian Molina and producer Mary Alice Drumm which will be an extraterrestrial focused adventure. “Elio” is about an 11-year old earthling who just happens to be the person who makes first contact. It’ll release spring 2024.

Finally Amy Poehler joined her “Inside Out” director Docter to announce a sequel to the Academy Award winning film. “Inside Out 2” will feature the emotions for an all new adventure inside Riley’s teenage brain. Kelsey Mann will be taking over directing duties. Expect the roller coaster of emotions to hit summer 2024.

Disney Animation Studios Chief Creative Officer Jennifer Lee closed the panel with the latest updates at what they consider their “century birthday.”

Disney+ will have “Zootopia+” an original streaming series based on the feature film.

Next is a collaboration with a pan-African comic book company which is the first collaboration with an outside studio, Kugali. The story will be “Iwájú” – the founders wanted to see comics and animation that reflected the culture where they came from. It’s a futuristic depiction inspired by the spirit of Lagos. It’ll be out on Disney+ in 2023.

Disney Animation’s 61st feature film will be in theaters Thanksgiving 2022. “Strange World” is directed by Don Hall and co-directed and written by Qui Nguyen. It’s inspired by some of the great adventure stories they grew up with, and is a generational story of family.

They’ll be celebrating a century of storytelling with their 2023 feature film, “Wish.” Lee served as one of the writers and it’s being directed by Chris Buck and Fawn Veerasunthorn. The film is about a fantasy fairy tale kingdom, a kingdom where wishes can literally come true. According to Veerasunthorn “It centers around a spectacular moment when the will of one courageous human collides with the stars.” It will also be a musical with music from Julia Michaels. Be on the look out for a bevy of Disney history Easter eggs in the film. Ariana DeBose will be voicing the film’s protagonist.