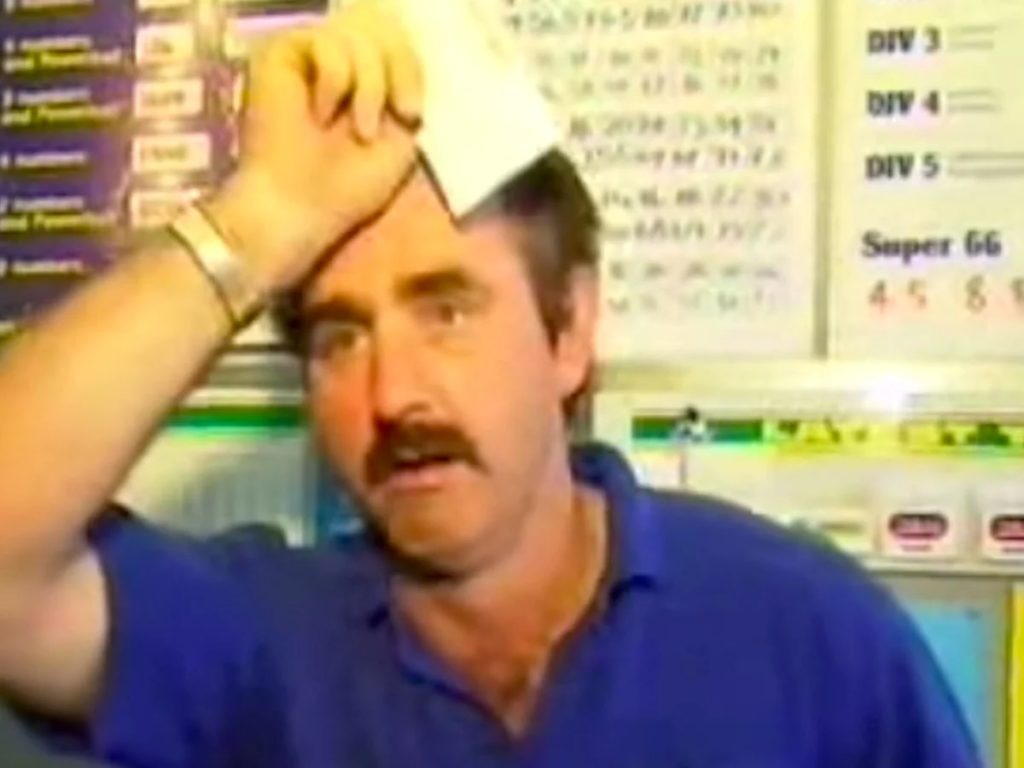 The Story Behind Viral Video of Man Winning the Lottery Twice

A clip of a news story from 1999 about a man winning the lottery twice has gone viral, again. The video shows Bill Morgan reenacting his first lottery win for the cameras only for him to win all over again. As it turns out, this was just one event in a string of good fortune for the Australian truck driver.

It all began with some horrifically bad luck though. In June of 1998, Morgan was crushed in a truck accident, and suffered a fatal heart attack. Yes, fatal. He was clinically dead for 14 minutes before he was able to be revived. After that, he was in a coma for 12 days. It seemed all hope was lost, and his family was advised to take him off life support.

This is where his luck began to turn around. Somehow he awoke from that coma with all of his facilities intact. A year later, he proposed to his girlfriend Lisa Wells, and she said yes. Then, he bought his weekly scratch-off lottery ticket, and won a car worth $17,000.

A Melbourne tv station caught wind of this massive change of luck and decided to do a story on him. As part of the segment, they asked him to re-enact his lottery win. This is where the viral video comes from. We see Morgan scratch the card only to win $250,000 (AUD) or roughly $170,000 American.

He planned to use the lottery winnings to buy a home with his wife, which it seems he did in a follow-up interview with The Daily Mail. The rest was invested and allowed the couple to live comfortably. While his luck has obviously changed Morgan still seems in good spirits.