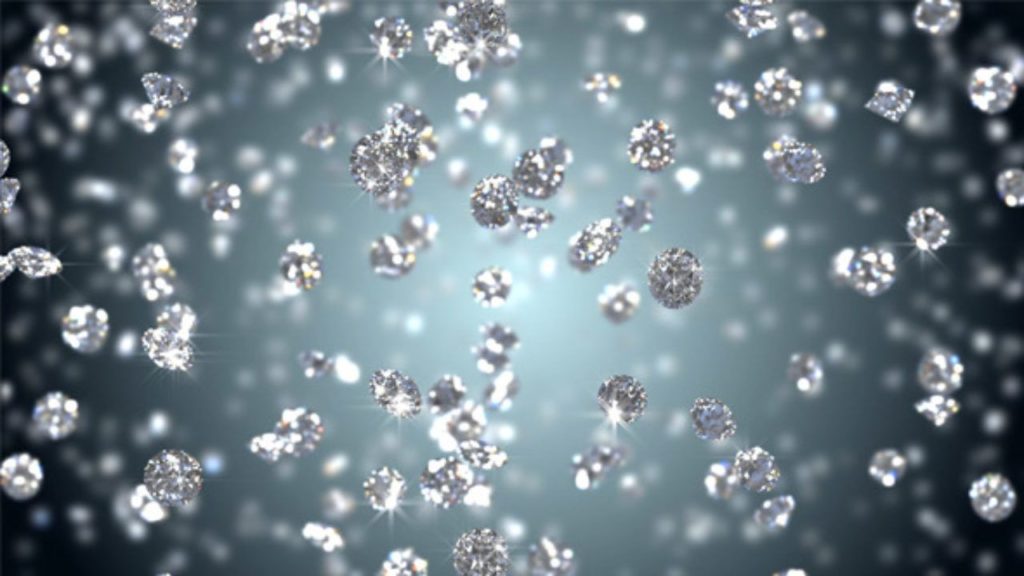 Scientists have discovered Uranus and Neptune could be forming diamond rain within their atmospheres. Previously, it was believed diamonds formed beneath the surface of ice giant planets. But new research has uncovered the process takes place in the atmosphere, creating diamond precipitation in the presence of oxygen. A large number of planets are comprised this way, leading researchers to believe there are many more planets with this same sparkly pattern.

Dominik Kraus, a physicist at Germany’s HZDR research lab, says the process is quite different from rain on Earth. The diamonds are formed under the surface of the planet in a dense, hot liquid, where they then sink down to the harder core. It’s believed the diamonds form a massive layer that spans thousands of miles or more.

The diamonds don’t possess the cut of an Earth-formed diamond, but the process is surprisingly similar. The difference is in expedience. “The oxygen that is present in large amounts on those planets really helps suck away the hydrogen atoms from the carbon, so it’s actually easier for those diamonds to form,” Kraus says.

What this means for us…

Scientists have succeeded in replicating this diamond-forming process with a surprisingly unusual source: PET plastic. You’ll certainly not look at your Tupperware the same way again. While the plastic used in the experiment was exceedingly clean, there’s optimism that something as simple as a soda bottle could be used. When exposed to a high-powered laser, they successfully formed microscopic nanodiamonds.

The most exciting part of this is how it changes creating diamonds here on Earth. Nanodiamonds are used for a large number of medical and scientific processes. But the process involves taking existing diamonds or carbon and blowing them up, which is made out to be a much more difficult and expensive process. Laser production could be a much cleaner, faster way to create them. In a world where plastic is becoming an increasing problem, it’s encouraging to think there are more uses for its recycling.