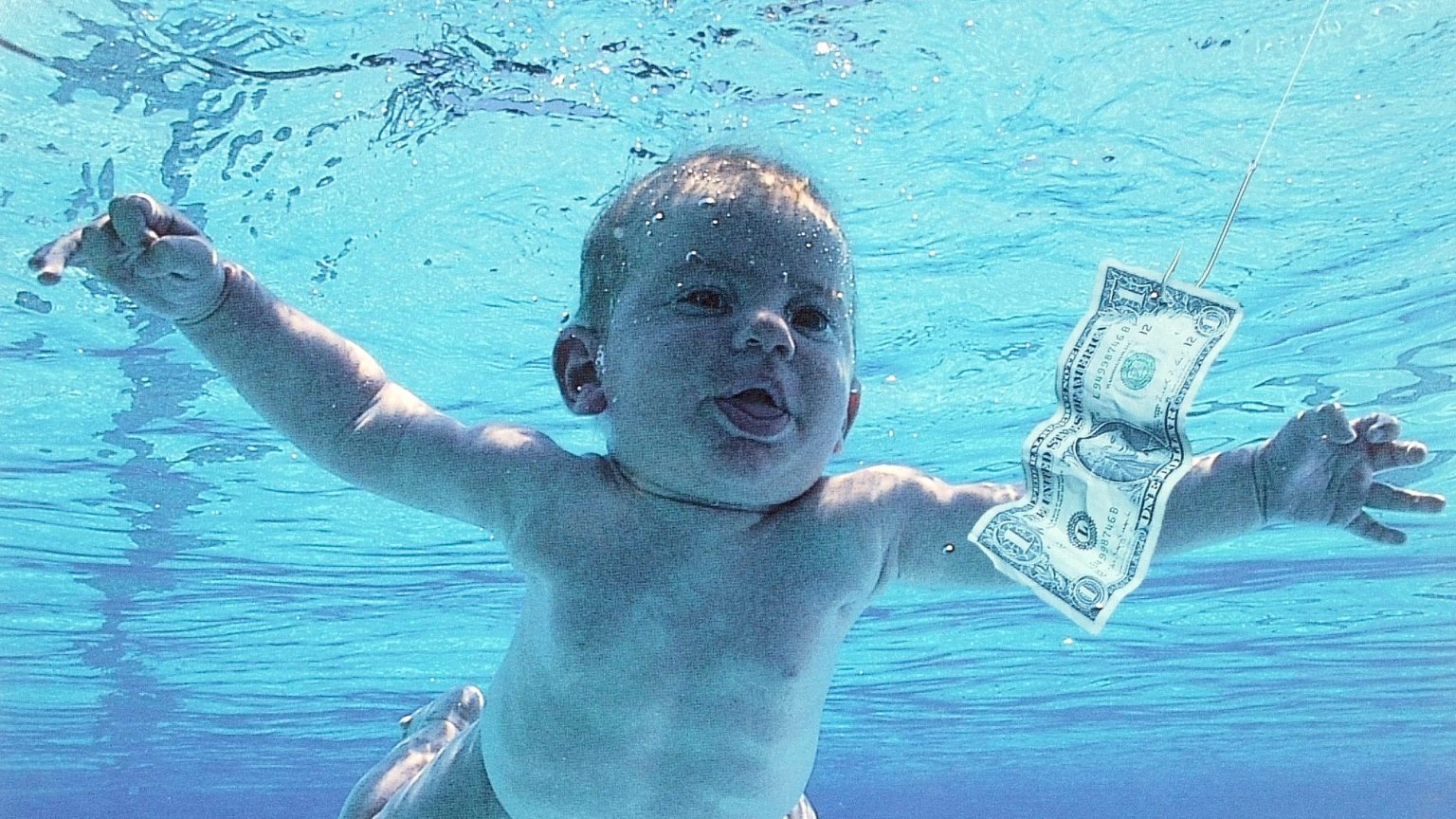 Well, it’s all over but the crying; a baby crying in this case. For the last several months we’ve been reporting on a lawsuit being filed by the baby (now a grown man) seen on the cover of Nirvana’s seminal album, “Nevermind.” When the lawsuit was originally filed, almost a year ago, Spencer Elden was seeking $150,000 in damages for what he claimed was sexual exploitation. Now, after about a year and a couple of desperate twists and turns by the plaintiff, the lawsuit is over and it certainly doesn’t “Smell Like” a victory for the picturesque baby.

We predicted this case filed against various defendants, including the estate of Kurt Cobain would be thrown out of court and ultimately we were right. On Friday, September 2nd, 2022, a U.S. District Judge in California dismissed the lawsuit completely, though not exactly in the way we were anticipating. While a legal argument could be made that a picture of a swimming, nude baby does not constitute a sexual image or that Elden was not negatively impacted by the picture, that’s not where the court went with their reasoning. Instead, Judge Fernando Olguin went for the lowest hanging fruit of judicial arguments; statute of limitations.

According to Judge Olguin, more than 10 years had passed between the time Elden was aware of the photo and the time he filed the lawsuit. This rendered the lawsuit invalid despite Elden’s protests. He claimed that the statute of limitation should not apply because the damage to his career and livelihood, along with the emotional distress, is still ongoing today. Never mind the fact that Elden has actually profited off the photo by recreating it but as we pointed out before, how would anyone know he’s the baby from the album cover unless he specifically told them? And even if he did, who would believe him?

The whole lawsuit was spurious to begin with and it’s nice to see that common sense prevailed. There is something to be said about parents protecting the image of their kids until their old enough to make up their mind. In the original version of the lawsuit Elden indeed claimed that there was no consent for him to be photographed, but it’s likely a parental guardian signed off on it, invalidating that legal claim. Regardless, Elden had full opportunity to file a lawsuit for a decade and didn’t have a problem with it until last year. If you’re going to “Come as You Are” to the courtroom, maybe do it within the statute of limitations.