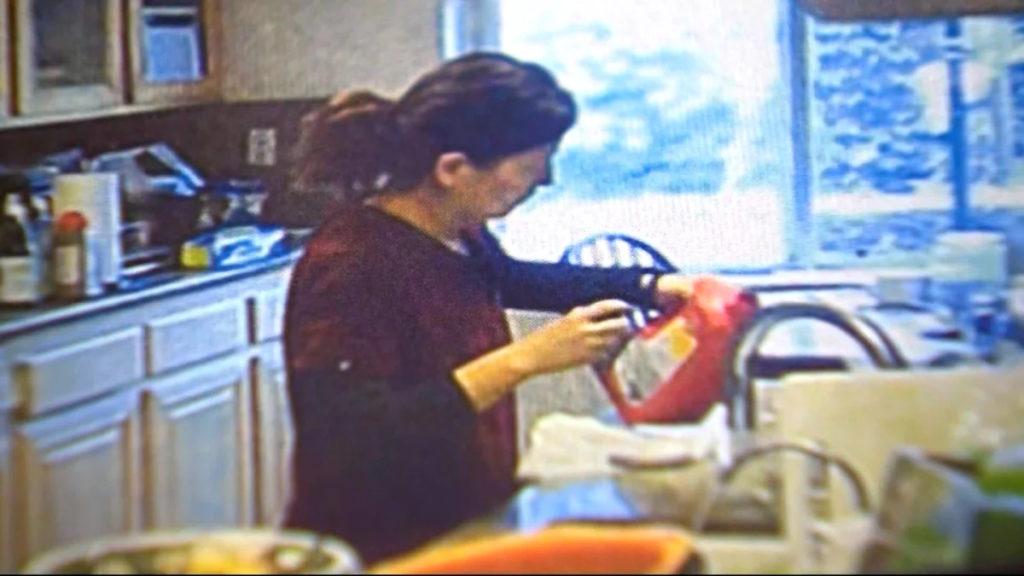 As the adage goes, “a picture is worth a thousand words.” If that’s the case, how many words is a video showing a woman trying to poison her husband on multiple different occasions worth? This is what Dr. Jack Chen is hoping after he set up a video camera when he suspected his wife, Dermatologist Yue Yu, might have been poisoning him.

Dr. Chen had not been feeling well for several months, dating back to March and April of 2022. Intestinal distress and stomach ailments, paired with a chemical taste in his mouth, prompted him to see a physician. Testing and examination showed Dr. Chen had stomach ulcers, gastritis, and inflammation of the esophagus. All it takes is a couple episodes of “Forensic Files” to start to piece together what was going on; poisoning.

In response to this, he set-up a hidden camera in the kitchen. The results were disturbing, but also provided a definitive answer.

In videos dated from July 11th, 18th, and 25th, screenshots show Yu holding a red container of Drano and pouring the contents into her husband’s drink. Among the contents of Drano is Sodium Hydroxide, otherwise known as lye. This highly caustic chemical would largely be responsible for the ailments Dr. Chen was suffering from.

Chen has also alleged verbal and emotional abuse in the relationship. He claims that Yu has been attempting to turn their children against him, punishing them for showing him any kind of affection. As one might expect from all this, Chen has both filed for a restraining order and a divorce from Yu.

Obviously all of the alleged crimes are just that, alleged. That being the case, the video footage is pretty clear cut. It’s not like people store home drink mix in a Drano container and just stash it under the sink. Well, maybe The Addams Family did but that’s neither here nor there. Based on the screenshots of these videos, this might be some of the most blatant evidence of poisoning outside of that scene in “The Sixth Sense” with the mother and the girl. You know the one. Suffice to say, next time you feel a chemical taste in your mouth after drinking lemonade, check your Drano jug.