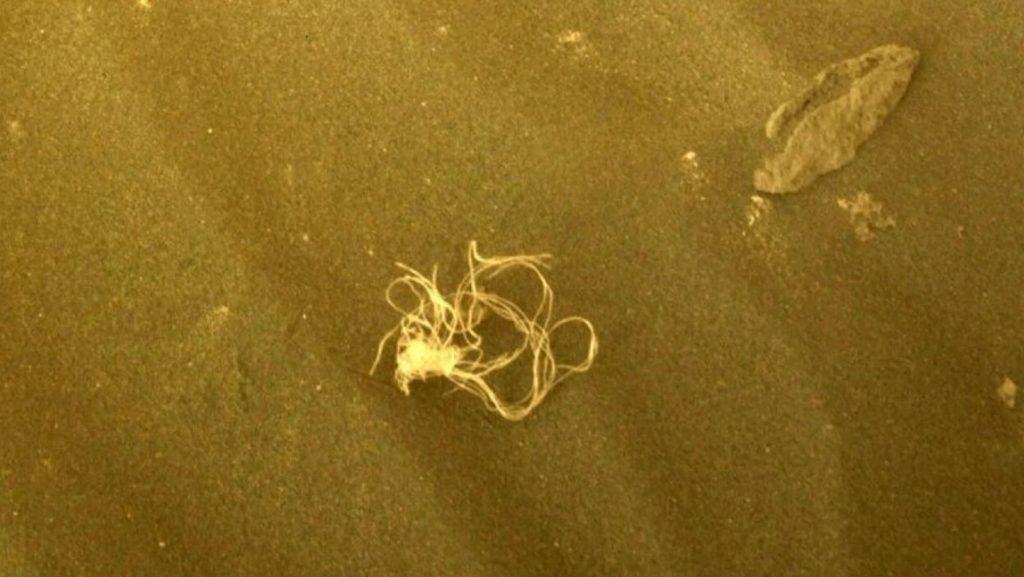 Scientists at NASA have been able to identify an image of what looked like a strange octopus type creature is on Mars. The photo had stumped people for a while, since it was found in April 2022. With the discovery of more foreign objects in the Hogwallow Flats region where the Sol 474 Navcam was exploring, we know it’s most likely debris from Perseverance rover’s landing in 2021. So definitely not some weird cryptid, unfortunately.

They were a bit stumped as to how it got so messed up. It was likely due to being subjected to “strong forces” though we don’t exactly know what that means. They noted that this particular piece of netting appears to have undergone significant unraveling/shredding.

Other pieces of EDL debris were spotted by the operations team in the Hogwallow Flats, which is 2 kilometers away from where the Perseverance landed. Because of the very unusual shape the rope was in, it took them until July 11th, 2022 to be able to identify that it was indeed a piece of Dacron netting.

Dacron netting is used in things like thermal blankets used to protect the spacecraft from the extreme temperatures that occur when plunging through the atmosphere at nearly 12,000 mph. The rover discarded lots of remnants from the impact and entry which can be seen in the image below.