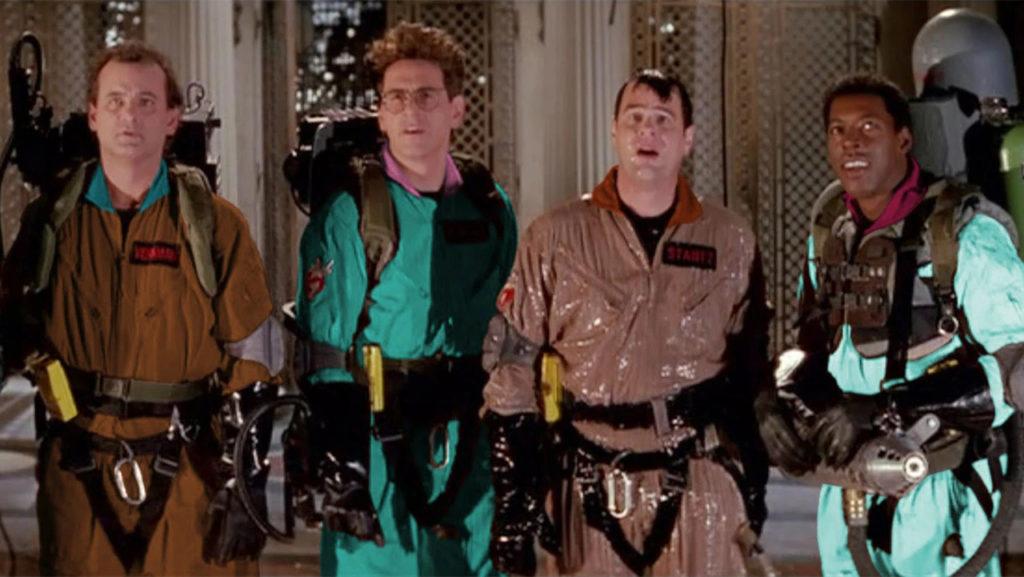 At the end of the second “Ghostbusters” movie, the gang is greeted to a merrily singing New York crowd outside the Manhattan Museum of Art. This comes right after they fought Vigo the Carpathian back into his evil dwelling of a cursed painting. While also retroactively changing the art of the painting for having covered it in positively charged psychomagnotheric slime.

There is a quick cut to a tiny gathering of an audience thanking the Ghostbuster’s on Liberty Island as they’re handed the key to the city. The Statue of Liberty mysteriously found its way back to its resting spot in the background. The credits roll and audiences get to jam to the Ghostbusters’ theme that turns into Bobby Brown‘s song “On Our Own.” But what if that wasn’t actually the original ending to the movie?

When asked about the original ending, director Ivan Reitman said it “just died a horrible death.” This led to re-shoots, making the connection more clearer for audiences that Vigo was indeed powered by the negatively charged pink slime in the movie. Recently there have been 4K and Blu-ray releases of the “Ghostbusters” movies with inclusions of deleted scenes that had never been released before for fans consumption, but unfortunately the original ending remains unseen. That is if you don’t include the unearthed and unreleased comic book adaptation to the second movie.

On The Art of The Real Ghostbusters Instagram, the most recent post reports on the history of the lost comic book film adaptation pages. In a note, writer James Van Hise details how the pages were not meant to see publication as the studio had recently altered the ending due to test screenings and requested it be scrapped. In the story, the Real Ghostbusters versions of the real-life Ghostbusters talk about their ancestors coming to America and how contrasting the experiences were when they saw the Statue of Liberty for the first time. It does have a weird undertone when Winston mentions how his ancestors didn’t really have much of a choice, hinting at Americas’ history with slavery.

That might not be the “happy ending” audiences would want to go out on. Also, none of the jokes seem to hit and fall flat when Peter talks about the sexual nature of the women of his lineage sleeping around with men of different ethnic backgrounds. When viewed it makes sense why this version didn’t escape the ghost trap.

Even the company that was originally hired to do the adaptation, Now Comics, has been out of business for almost over two decades. It was founded in 1985 and had a lifespan of thirty years until around 2006. The Real Ghostbusters comics are still easily purchasable on various markets on the internet through single issues or graphic novels depending on the readers choice of versions. The comics were made for children and based solely off the animated series, but every so often I find myself getting a chuckle out of them.

However, I will say that any new news about “Ghostbusters” in general, no matter how timely it may have taken to get to us, is always welcome. As a lifelong Ghostbusters, fan there’s nothing more I could ask for. Even if what we got in the movies was the right call.