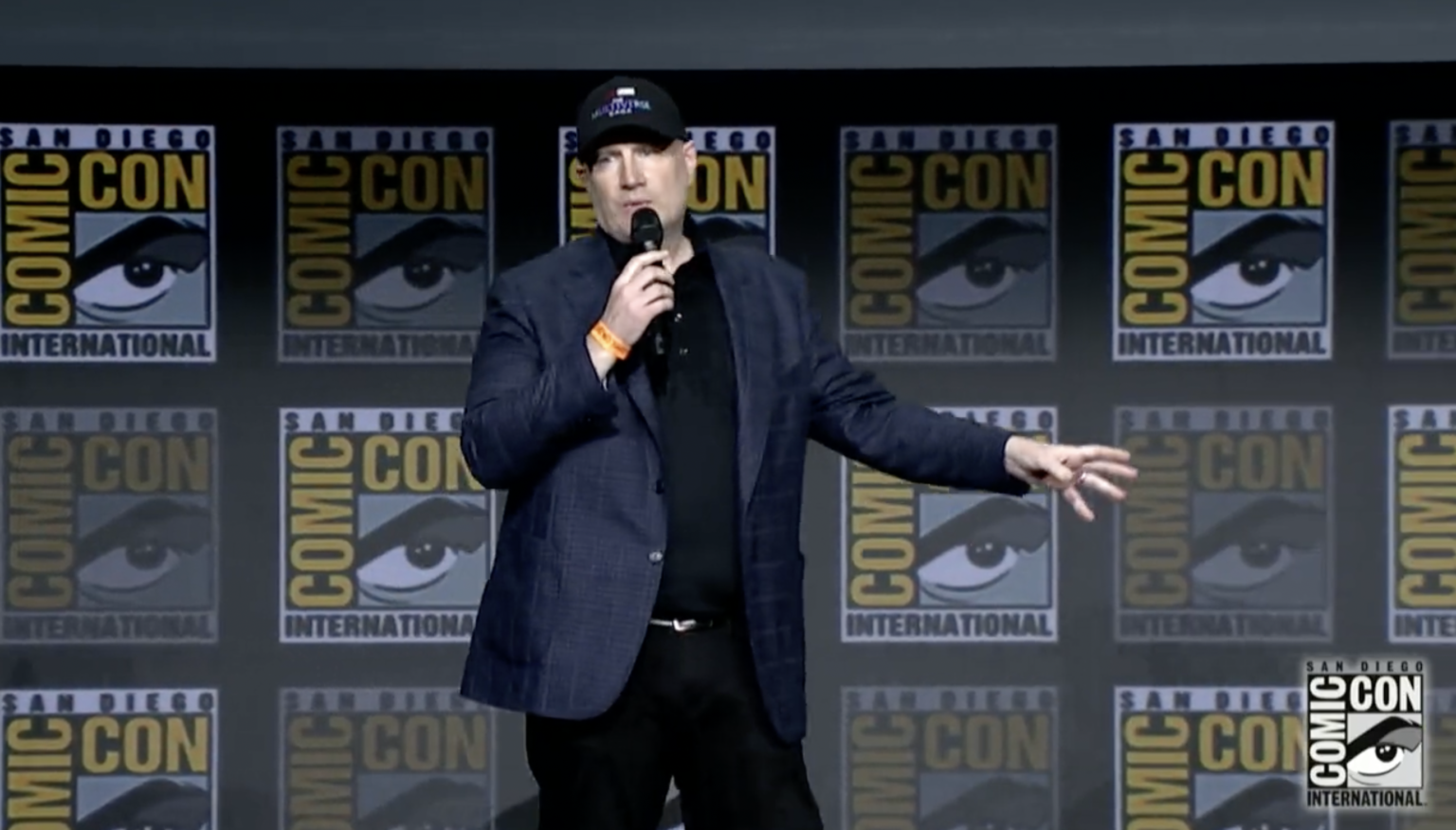 Marvel Studios was back at Comic-Con in fine form with a bevy of announcements. Phase 4 will close with “Black Panther: Wakanda Forever.” As Marvel looks to the future with Phase 5 kicking off with “Ant-Man Quantumania.”

“Blade” and “Fantastic Four” were both confirmed and given release dates- November 3rd 2023 and Novembr 8th 2024, respectively,

The team for She-Hulk took the stage to talk about the upcoming series. Series creator Jessica Gao called it Marvel’s first true half hour comedy, which Feige agreed. They debuted a final trailer

Colbie Smulders came out for “Secret Invasion”, complete with an exclusive clip. It featured Samuel L. Jackson, Olivia Colman, Ben Mendelsohn and Don Cheadle. Coming in the spring of 2023.

Next was Quantimania with director Peyton Reed, Kathryn Newton, Evangeline Lilly and of course Paul Rudd. The film will explore the quantum realm in a way we supposedly haven’t seen before. They showed another exclusive clip featuring Michael Douglas, Michelle Pfeiffer, we got a glimpse of Bill Murray and of course Jonathan Majors as Kang. Hitting theaters February 17th, 2023.

Next was James Gunn with “Guardians of the Galaxy Vol. 3” which he said would be “the end of that story.” They showed another exclusive clip featuring the return of Gamora (but not THAT Gamora) as well as the introduction of Will Poulter as Adam Warlock. Hitting theaters May 5th, 2023.

Gunn was joined by Karen Gillan, Pom Klementif, Chris Pratt, Sean Gunn, Maria Bakalova, and Poulter. The cast was very emotional about the close of this chapter.

Chukwudi Iwuji will be featured as the High Evolutionary. He made quite the dramatic entrance through the crowd. Bakalova will be Cosmo the dog .

The big announcements were “Fantastic Four” kicking off Phase 6! We don’t know what will fill out the middle, but Feige did announce it’ll END with “Avengers: The Kang Dynasty” and “Avengers: Secret Wars.” So, ITS HAPPENING!

He said phase 6 will complete the second saga of the MCU which is called the Multiverse Phase.

Finally the panel concluded in a mega performance with live vocals, dancers, and musicians in honor of Black Panther: Wakanda Forever! Director Ryan Coogler took to the stage and gave a beautiful acknowledgment to Chadwick Boseman.

Coogler said “We put our love for Chadwick into this film” and that the film goes to “‘new places in the MCU”.

The returning cast of Letitia Wright, Danai Gurira, Florence Kasumba and Winston Duke joined him. He also said the family expanded as the stage was taken by Michaela Coel, Dominique Thorne

Finally Namor will be played by none other than Tenoch Huerta.

The panel concluded with with the trailer for the new film and an incredibly emotional moment for the team on stage. “Black Panther: Wakanda Forever” will release on November 11th, 2022.