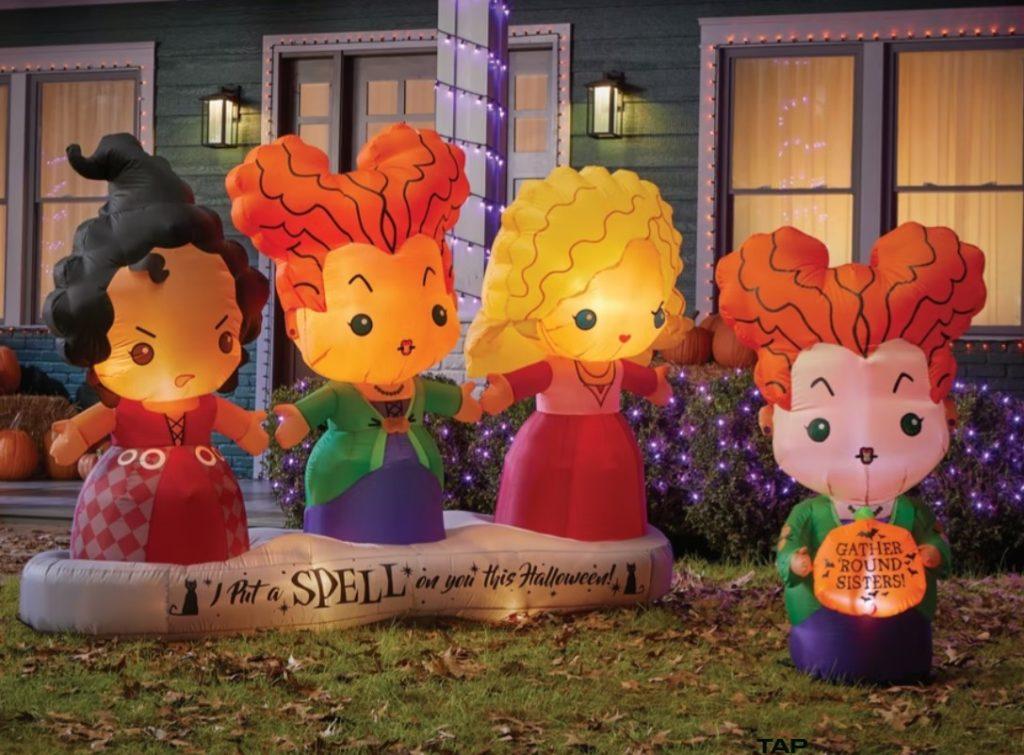 If you’re going out with the kids this Halloween, beware of the dangers of the Sanderson Sisters. They may just suck the life right out of them! Home Depot just released a set of Sanderson Sister inflatables, and we’re dying to get them! How perfect would these be with Sarah Sanderson’s “Come Little Children” song playing on speaker? Even more fun would be “I Put A Spell On You.”

There’s also a singular 3.5 foot Winnifred Sanderson that will be available soon.

These are perfect for those Halloween/Disney lovers who decorate every year or for those who are just starting to get their decorations together.

There’s a ton of cool stuff coming out for “Hocus Pocus” as we near the release of “Hocus Pocus 2.” LEGO just announced a Sanderson Sister Cottage LEGO Ideas set. Spirit Halloween is going to have exclusive Funko Pops. And of course, the movie will premiere September 30th on Disney+.