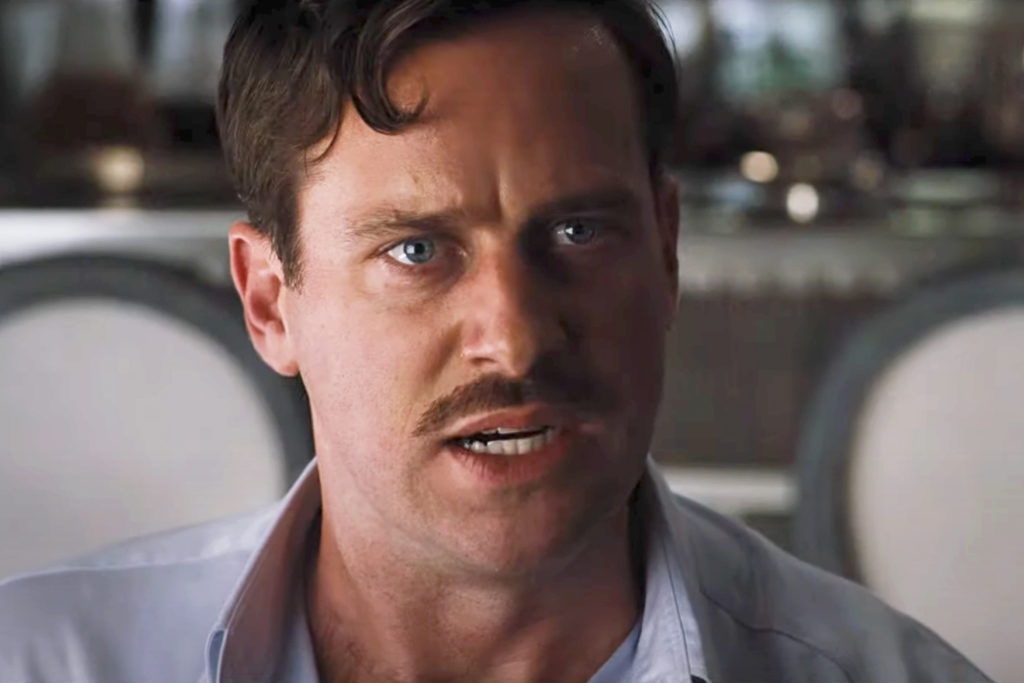 Oh Armie Hammer, there are few careers in Hollywood that have the ups and downs that his had. From “The Lone Ranger” to “The Man from U.N.C.L.E.,” it’s been a strange journey. Achieving praise for “Call Me by Your Name” followed by everything crashing down due to reports of emotionally manipulative behavior, abuse, and cannibal fantasies. Yes, this story has it all.

But where is Hammer now? We sort of know the answer to that, and it can be summed up in one phrase- Cayman Island timeshares.

Armie Hammer is no stranger to the Cayman Islands, having lived there with his family during the pandemic. According to Vanity Fair, it was leaving his family there to fly back to the states that was the final straw in the collapse of his marriage in 2020. But now he’s back to the islands, reportedly selling timeshares. This follow reports from June indicating Hammer had been seen around there, even leading to rumors he was working as a concierge.

During the month of January 2021, screenshots of private messages between Hammer and an anonymous party were circulated online. We won’t show them here, but let’s just say they involved some salacious and dark sexual acts, including some cannibalistic desires.

Hammer was named in an investigation by the LAPD due to accusations of sexual abuse and rape from a woman who claimed to have had a 4-year affair with the actor. Later reports also included claims Hammer did not get consent before restraining/tying up partners. Hammer’s talent agency dropped him due to the allegations. The Golden Globe nominee has largely been ousted from Hollywood.

Recent reports indicate Hammer and estranged wife Elizabeth Chambers are currently attempting to “figure things out as a couple.”