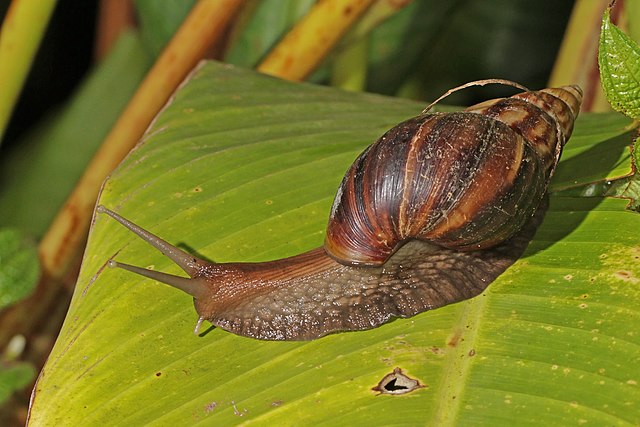 Nope, it’s not a horror movie…yet. A Florida county is under quarantine thanks to the discovery of an invasive giant snail species. The Giant African Land Snail, to be specific. This is a big problem for the small Paso County. As of June 23rd, there are confirmed species of Giant Land snails in the New Port Richey area.

This species is dangerously invasive, and can lay up to 2,500 eggs a year. Not only is their population difficult to control, they’re a serious risk to humans. They carry a dangerous parasite called rat lungworm, which is capable of causing meningitis. Under quarantine rules, anyone who finds a snail is not to move it or any of the surrounding material. Better that they call the hotline for collection.

According to Christina Chitty, an information director at the Florida Department of Agriculture and Consumer Services (FDACS), signs point to the illegal pet trade as to how they got there. These snails are a resilient species that can quickly adapt, which is why it’s against the law to own them. With a voracious appetite, these snails can pose a serious threat to plant species, and will even consume stucco and paint for their calcium.

Growing up to 8 inches long, these snails are a handful. Pasco County’s quarantine went into effect on the 25th of June. FDACS projects it will take about three years with the use of pesticides in the soil. Florida has dealt with invasive mollusks before, and took ten years to eradicate. Hopefully this snailien invasion will be more short-lived.