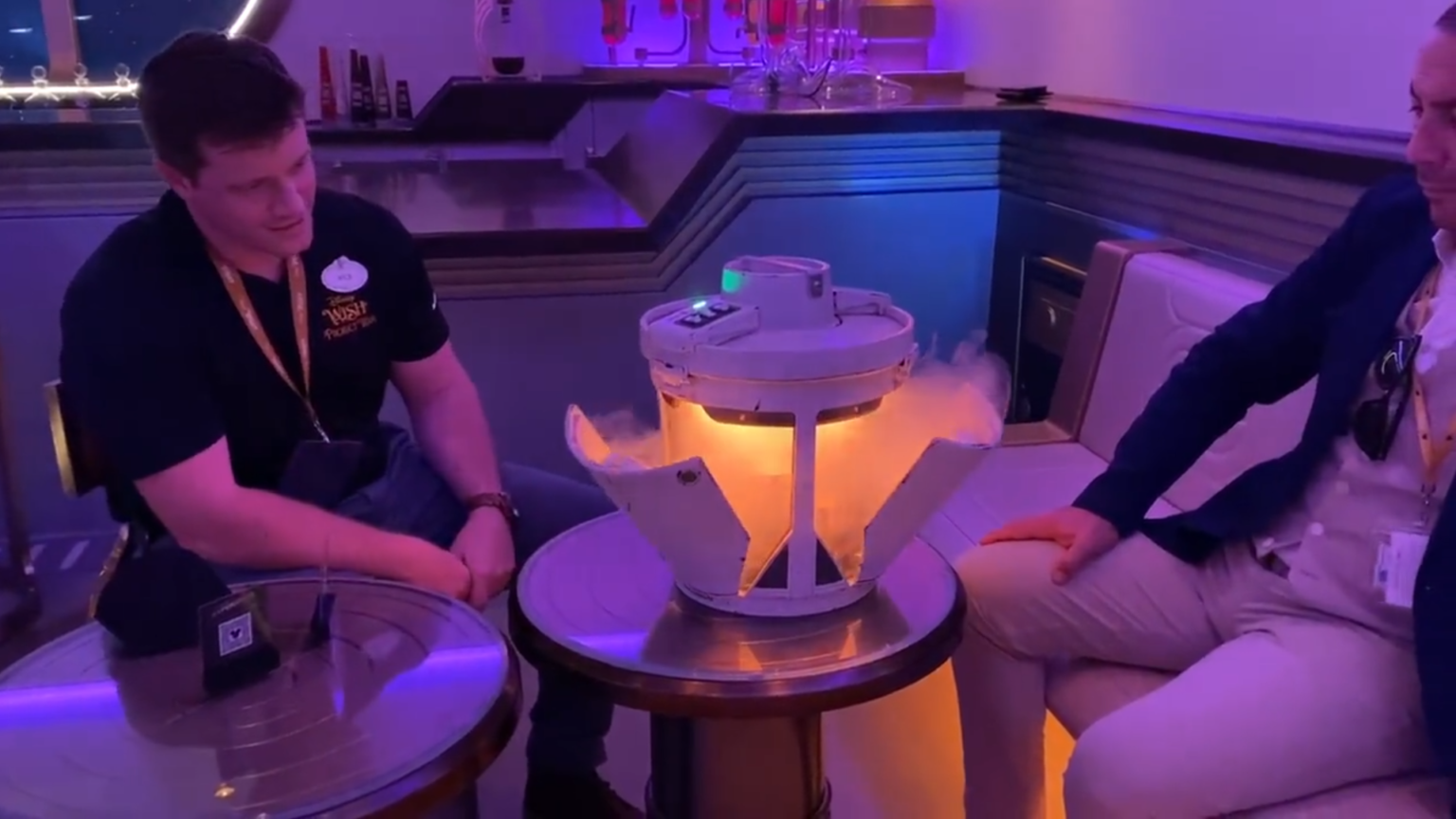 It was recently revealed that a particular drink offered in the Star Wars: Hyperspace Lounge of the brand new Disney Wish Cruise cost a whopping $5,000. So I guess don’t book that cruise unless you have a crazy amount of expendable income. The Kaiburr Crystal beverage does look fancy, but for $5k? What the heck is in it?!

The Kaiburr Crystal is named after kyber crystals, which power lightsabers.The drink itself appears to be served in a Camtono container that emits cold steam when opened. There are four shots inside, and what looks like more alcohol to refill empty glasses. Employees sent this one out so they could fascinate and entice potential buyers.

What’s Actually in it?

The website for the Disney Wish Cruise doesn’t specify what’s in this very pricey alcoholic drink. The only thing that we know is that they use dry ice and LEDs for a really cool lighting effects. Disney has refused to tell anyone what’s in it, so we’re going to assume it’s a top-shelf base spirit with special effects. Until someone pays and reviews it, we just don’t know.

Other drinks Disney serves have never had that high of a price tag. At the Lamplight Lounge on Pixar Pier in Disney’s California Adventure, alcoholic drinks usually go for around $15 -$25. There’s really nothing you can compare this to that’s served in the parks (other than maybe Club 33), which makes it hard to know where to start with an educated guess.

There are quite a few expensive liquors out there but here are some of our best guesses.

Even for Disney, this is a pricey charge you an ‘experience,’ although it does go inline with the Star Wars Hotel prices. So if you’re going to take a chance and spend that amount of money on a single drink, prepare yourself for disappointment.