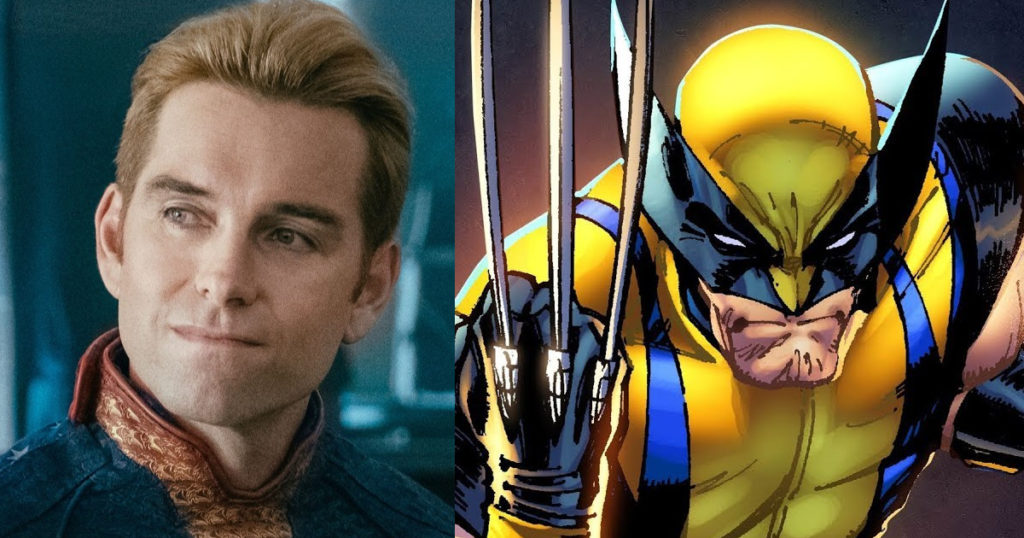 While Anthony Starr may already be filling a super hero role on Amazon Prime Video’s “The Boys“, that doesn’t stop fans from wanting him to do even more. The next actor to play Wolverine has been heavily debated for years since Hugh Jackman hung up his adamantium claws. Thanks to a piece of fanart by spdrmnkyxxiii, fans can get a good look at what Starr might look like if he were to take on the vacant role.

Within the caption, spdermnkyxxiii makes a joke that Starr already has the (mutton) chops. A play on Wolverine‘s hairy sideburns and the typical phrase “acting” chops. He tagged Starr in the post.

This isn’t the first time the idea has been brought up about him playing Wolverine. While answering a question about what Marvel Studios character he’d want to play, he had a surprising answer. “I would say Wolverine,” but Starr also had some special requirements. For one, he’d want the outfit to be tighter.

“Big shoes to fill, man. Jackman’s pretty much put his mark on that, hasn’t he? So, I never say never, man – but at the moment, I’m just enjoying what we’re doing here,” Starr told ScreenGeek. “I mean, to be honest, Wolverine doesn’t wear spandex, which is definitely a negative for me. I do like the feel of tight pants, you know, if they can tighten the jeans up, maybe.”

So what do you think? Does Starr have what it takes to introduce Wolverine to the MCU?