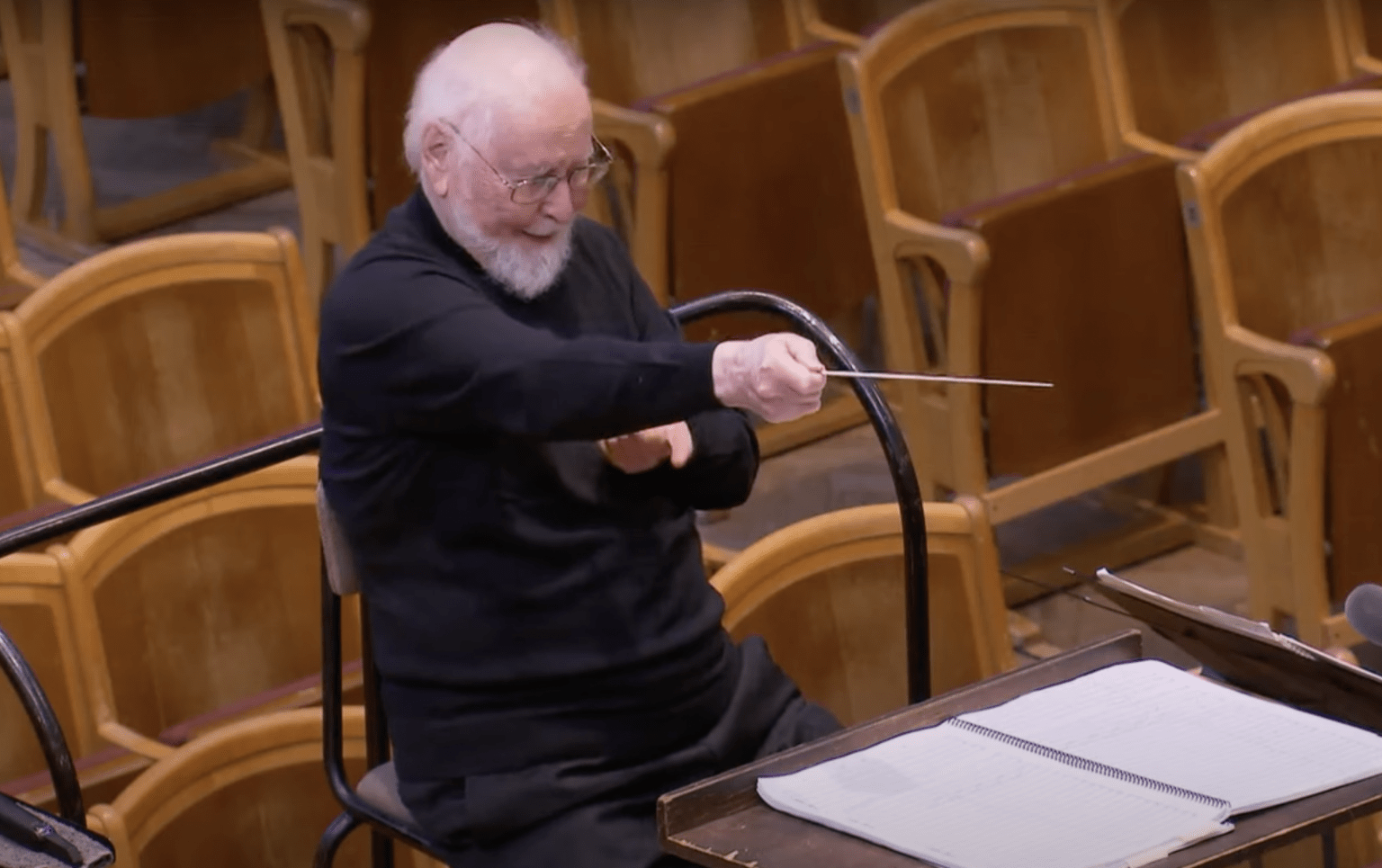 The grand Maestro of Movies John Williams is probably stepping away from his chosen profession after his current project. The 90-year-old composer of our cinema dreams came out of retirement to handle a few bars of music for the galaxy far, far away. As a true delight, Williams will be scoring a 5th installment of the ultimate adventure franchise, “Indiana Jones.” Williams also may have just outed fellow legend Harrison Ford‘s plans for retirement following that film, too.

“At the moment I’m working on ‘Indiana Jones 5,’ which Harrison Ford — who’s quite a bit younger than I am — I think has announced will be his last film,” Williams told the AP. [The entire piece is absolutely worth reading, especially if you are a John Williams fan.] Which…we can’t recall being reported on previously. “So, I thought: If Harrison can do it, then perhaps I can, also.”

Ford…retiring? True, the notable scruffy-looking-nerf herder turns 80 this year (July 13th), so, we wouldn’t be shocked at this news. Maybe what Willams meant was this would be the pair’s last “Indiana Jones” film, rather than last film ever.

What an incredible career Williams has made for himself, throughout multiple franchises and cultural milestone films. And turning 90 is no small thing, either, a fact that hasn’t escaped him.

“It’s given me the ability to breathe, the ability to live and understand that there’s more to corporal life. Without being religious, which I’m not especially, there is a spiritual life, an artistic life, a realm that’s above the mundanities of everyday realities. Music can raise one’s thinking to the level of poetry. We can reflect on how necessary music has been for humanity. I always like to speculate that music is older than language, that we were probably beating drums and blowing on reeds before we could speak. So it’s an essential part of our humanity. It’s given me my life.”

While maybe we won’t get another Williams film score following “Indy 5,” he’ll be staying busy with concerts and events across the globe. Fans at Star Wars Celebration were treated to a surprise appearance by The Maestro. If you’ve never seen a John Williams-conducted evening, you absolutely should.

“I’d love to be around in 100 years to see what people are doing with film and sound and spatial, aural and visual effects. It has a tremendous future, I think,” Williams said. “I can sense great possibility and great future in the atmospherics of the whole experience. I’d love to come back and see and hear it all.”