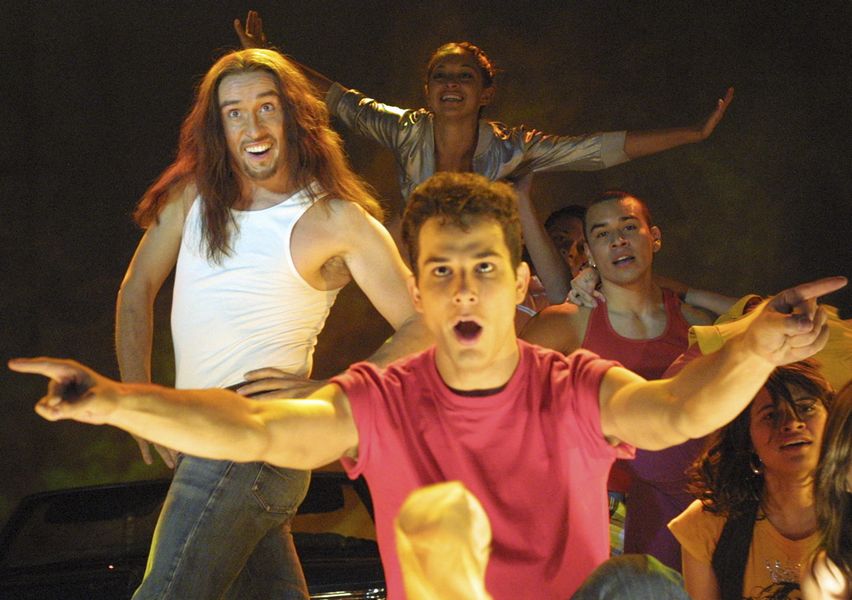 Nerdbot Recommends: 5 Under the Radar Films and Where to Find Them

It’s that time again, to return to the depths of my extensive DVD collection to bring another edition of under the radar films you probably haven’t seen. It’s a fun exercise for myself to revisit films that even for me go over looked due the exorbenant amount of content I consume each year. And it allows me to dig through cases upon cases and pick out ones I’ve been meaning to rewatch but keep forgetting to get to. And it also allows you to add some new movies to your own ever growing lists. With Netflix working hard to basically become basic cable, now seems as good as time as any to give you some good recommendations.

As always, these lists are only comprised of films I have seen and currently own. Additionally, I am not actually making assumptions as to whether or not you’ve seen or heard of them. You may very well have seen every single film on the list. This is really more to highlight less popular but wonderful films in hopes that more people check them out and diversify you filmography.

So here are 5 more under the radar recommendations you should definitely check out and where to find them!!

Many only know Rian Johnson as the guy who gave us “Looper,” and later “Star Wars: The Last Jedi.” We’re not going to discuss the latter, but if you really want to experience some of the best that Johnson has to offer, you need to watch “Brick.” It is his first feature film, and sports a young, impressive cast lead by Joseph Gordon Levitt. What is truly special about “Brick” is that is a classic film noir set in a modern day high school. It goes full noir too, embracing every single trope of the era including the dialogue which feels more like poetry than an actual script. But this is all on purpose, with people having rapid fire conversations using terminology you’re not familiar with juxtapose against a setting you are more than familiar with, a staple of Johnson’s incredible subversion skills. Set your “Star Wars” fandom aside and give this one a chance. It’s wonderful and weird worth the experience.

I actually think more people may have seen this one than not, but I’m putting it here anyway because my god, what a wild ride of a movie! “Party Monster” tells the real life story of Michael Alig and his rise through the young ranks of underground partying and raves before they were ever defined as such. It digs deep into the drugs and descent of addiction, all of which culminates in one of the most horrific murders ever committed. This one isn’t really for the faint of heart, and rages from extreme, wild, drug fueled partying to incredibly disturbing and disheartening conclusions. But the film is well put together and powered by its stars which includes an older Macaulay Culkin and Seth Green in a role you’ve probably never imagined him in. “Party Monster” may be a little too weird, but I’m a sucker for the off kilter and if that’s something you enjoy too, you should check this one out.

It’s hard to recommend a film who’s title literally translates to “Life’s a Bitch,” but my god does “Amores Perros” pack a wallop of an emotional punch. There was a pretty strong trend in the early 2000s in which many films attempted the non linear, multiple intersecting storyline approach to storytelling. There are lot that worked and a lot that didn’t, and “Amores Perros” is certainly one that understands the narrative device. The film lives up to its name, and it’s better served if you go into it knowing as little about each seemingly disconnected stories as possible. But for all its doom and gloom, it is one hell of a well made movie. It demands your attention and reels you in with each passing frame, and while there is most certainly some disturbing imagery and stories (one of which deals with dog fighting, so ya definitely go in expecting to be enraged and horrified), it is one of the best films of its respective year and more people should see it.

Lars Von Treer is well known for intentionally making the most disturbing films he possibly can almost as a dare. I don’t what it says about me that most of the recommendations this time around are all disturbing films that come with a disclaimer and warning, but holy shit does “Dogville” need one. The fact that so many big name stars signed on for such a harrowing, disturbing, slow burn, systematic descent of human decency is beyond me, but the film is also really, really good if you can stomach its content. Quickly put: a woman (Nicole Kidman) fleeing unknown danger is taken in by a small, remote town in the mountains of Colorado in the 1920s. They all seem friendly and welcoming at first but slowly begin to abuse her in ever increasing and escalating ways. It is a scathing critique of America and Americans, and not even the least bit subtle about it either. It is not an easy watch, but it is powerfully acted and has a worthwhile ending despite its brutality and strange setting (which is an empty sound stage with nothing but tape and markings on the floor to paint the picture of the town. If you can handle Treer’s crude vision of America, “Dogville” is worth it.

Ok, let’s give you a break and sneak in a comedy for our last entry this month. Albeit an extremely irreverent one, but easily one of the funniest films I have ever seen. “Hamlet 2″ features Steve Coogan at his absolute best as an aloof, delusional drama teacher in Tucson who’s poor film to play adaptions and eviscerating reviews in the school paper have caused the funding to be cut. Naturally, all of the extracurricular programs are seeing budget cuts, so his class fills up with a collection of the most unlikely students. Hellbent of saving the theater, he writes a sequel musical to “Hamlet.” Yes, THAT Hamlet. I can’t stress enough how funny this film is. One of the most hilarious experiences I’ve had that not enough people talk about. Like many of the film choices on this list, calling “Hamlet 2” irreverent would be an understatement. There is literally a song called “Rock Me Sexy Jesus,” and another called “Raped in the Face.” It’s significantly funnier in context, but you should know these are things that exist in this film before you fire it up to gauge the level of foul humor you’re actually willing to take. This will test those limits, but “Hamlet 2” is worth pushing the boundaries. The film and my favorite moments from it live rent free in my head and have since I saw it in theaters in 2008. Trust me, you NEED “Hamlet 2” in your life.