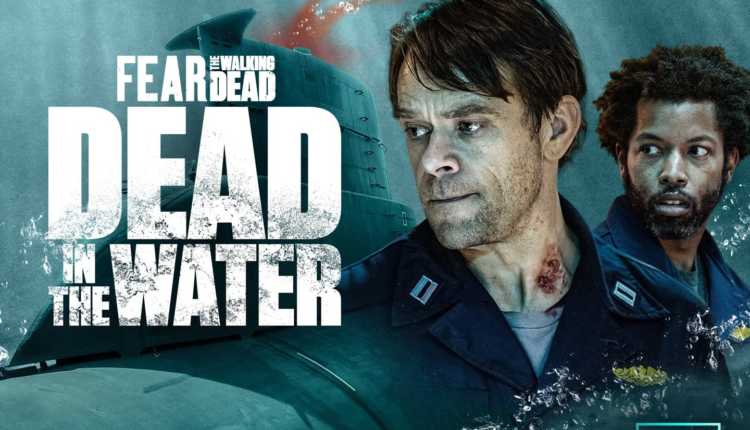 Watch Submarine Zombies in “Fear the Walking Dead: Dead in the Water”

If you’ve ever asked yourself the question “How many ‘The Walking Dead‘ shows and spin-offs do we REALLY need?” The answer to that query is apparently at least one more than previously thought.

If you didn’t know, AMC’s first “The Walking Dead” spin-off, “Fear the Walking Dead” had a one-off special called “Dead in the Water” that premiered on AMC+ earlier this year. Proving once again that even though the franchise has grown stale, the network continues to let it shamble on like an inanimate corpse. That said, if you’re dead-set on watching it (pun fully intended), it is now viewable for free on YouTube.

Those familiar with “FTWD” know that the series takes place at the start of the zombie apocalypse, serving as a prequel of sorts to “The Walking Dead.” The show is currently in its seventh season, having originally premiered in 2015. Alongside that premiere was a 16-part webseries- “Fear the Walking Dead: Flight 462.” As you might expect from the name and the premise, it’s about a zombie outbreak on in airplane.

“Dead in the Water” is only a 6-part series, and takes place in a submarine. Maybe that’s why it’s “Dead IN the Water” and not dead ON the water, which would presumably take place on a boat of some sort instead.

As a whole, the series is approximately the length of a 41-minute special and takes place aboard the USS Pennsylvania submarine, which was showcased in recent seasons. It’s a curious decision for AMC to make content that was exclusive to its streaming platform available for free on YouTube. Maybe it’s an effort to showcase what AMC+ has by offering a taste of it for free, or maybe it’s an effort to inject some life into an otherwise failing genre of zombie horror. The absolute glut of programming that focused on the undead reached a critical mass years ago. In some respects it’s hard to believe that AMC is still holding onto the vestiges of this as hard as they are. [Editor’s Note: AMC is also going hard-in on Anne Rice properties, like “Interview With a Vampire,” and “The Mayfair Witches.]

If you’re a fan of the series and still enjoying it, that’s awesome, no one should try to take away the fun you’re having with something you legitimately appreciate. But for many of us, we can’t help but notice a frustrating trend with AMC at the moment.

When it comes to recent programming decisions, there’s a seeming unwillingness to let go of the past. For example, the success of “Breaking Bad” led to “Better Call Saul,” which is an absolutely fantastic show. With that ending though, they’re holding onto Bob Odenkirk for a new series called “Straight Man.” And the network even more so refuses to let go of “The Walking Dead” with a failed two-season spin-off “The Walking Dead: World Beyond,” an upcoming anthology series “Tales of the Walking Dead,” and then another spin-off that was supposed to feature Norman Reedus and Melissa McBride until she announced she was leaving.

It’s an unsustainable programming strategy and we can only hope that AMC begins to realize this and shake things up to provide viewers with something more dynamic. But that being said, if you’re a fan of the franchise and don’t want to hob onboard AMC+ yet, at least you have an option to view “The Walking Dead: Dead in the Water” for free.