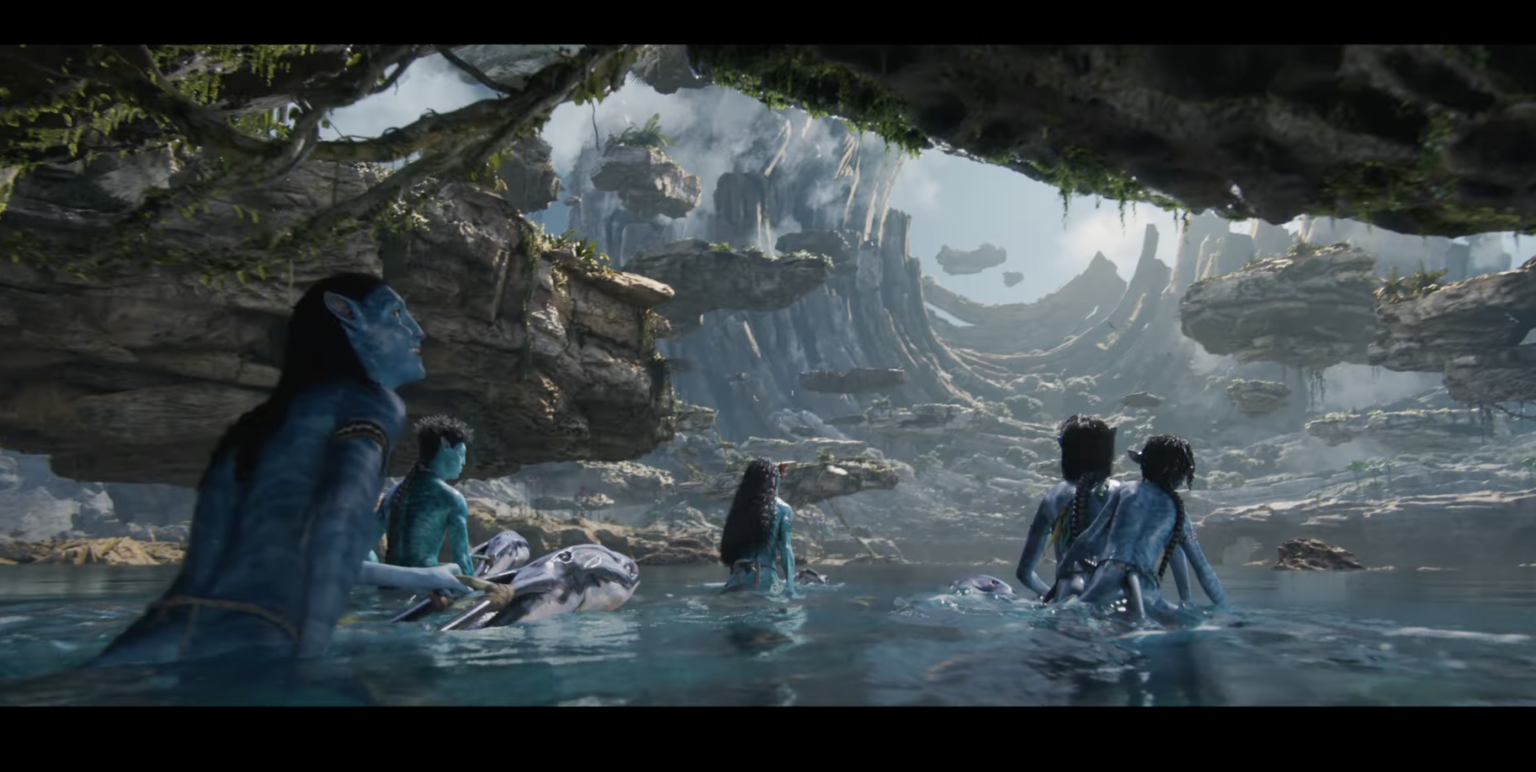 One of the many trailers showing with Marvel Studios’ “Doctor Strange in the Multiverse of Madness” was a special first look at “Avatar: The Way of Water.” The sequel to James Cameron‘s record-setting film, it’s been 13 years since we’ve seen the Na’vi and their homeworld of Pandora.

“The Way of Water” will focus on the Sully family, including their children, as they explore Pandora. When an ancient threat resurfaces, Jake must fight a difficult war against the humans.

The first “Avatar” is being remastered for picture and sound for a release in September. “Avatar: The Way of Water” will hit theaters on December 16th, 2022.