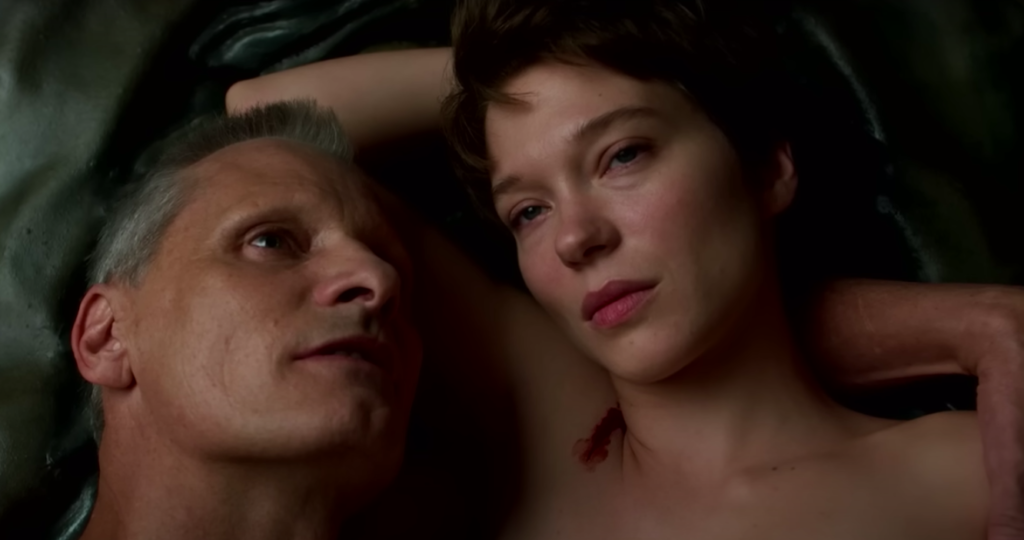 David Cronenberg’s “Crimes of the Future” Gets Redband Trailer

It’s no secret that fans of the body horror auteur are beyond excited for the return of David Cronenberg. And boy oh boy does he look to be delivering on the highly anticipated new film. From a quick teaser that gives us a glimpse into the disturbing imagery to the now brief but effective redband trailer that gives us yet another glimpse into what body horrors await us, “Crimes of the Future” looks to live up to the disturbing hype.

“Crimes of the Future” is written and directed by David Cronenberg, stars Viggo Mortensen, Kirsten Stewart, and Lea Seydoux. The new redband trailer doesn’t tell us much about the plot, but it gives us plenty to prepare for what horrors are in store. Cronenberg is a master as creating visually disturbing imagery to convey deeper, more meaningful themes he wants to explore. The new redband trailer gives viewers a taste of whats in store, and it most certainly delivers on the macabre.

Cuts, organs, and sexualization of bodily manipulation, the new redband trailer has a little bit of everything for anyone curious about what “Crimes of the Future” might have in store. It is clear that this film is not going to be for the faint of heart, and the grotesque bodily manipulation looks to be portrayed pragmatically and sexually, which only lends itself to just how disturbing this film can get. I mean, the idea of people getting off on grotesque surgical experiments and sexually licking open surgical wounds should be unsettling to anyone, even fans of Cronenberg’s work. As the redband trailer via Kirsten Stewart makes clear, “surgery is the new sex.”

We’ve heard rumors of people vomiting and walking out in the last 20 minutes. The new redband trailer gives us a little bit more evidence as to just how valid those claims might actually be. Watch at your own risk!!!

“Crimes of the Future” will hit theaters in June 2022. You can watch the redband trailer below.