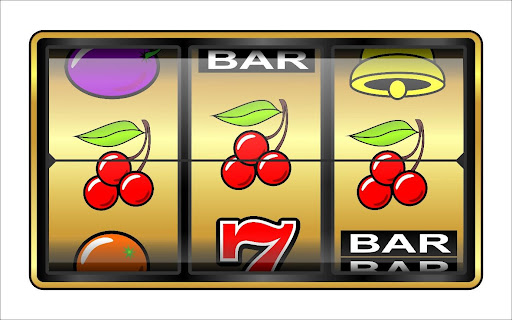 The History Of A Fruity Classic

Since the birth of the first slot machine, the humble fruit machine has evolved over the years to become a gambling sensation both online and in person. But how did we go from a physical fruit machine to logging into an account to play online slot machines? To find out, we’ll need to explore the history of fruit machines, the evolution of the game, and how it transformed to meet the demands of the digital age.

Read on to find out.

In 1891 Sittman and Pit of Brooklyn, New York developed a gambling machine that to many gambling historians, is known as the grandfather to the fruit machines we know and love today.. Before the fruity element was introduced to the Slots world, this slot was based on another casino classic, Poker. Comprised of five reels containing 50 cards, the ten of Spades and Jack of Hearts were removed to help give the house the edge and cut the chance of spinning in a Royal Flush in half. With the odds split by half, the popularity of the machines didn’t waver, and players enjoyed the games in many bars all over the city. To play, you’d need to insert a nickel and pull a lever, causing the drums to spin.

There was no payout mechanism in the original Slots, so a pair of Kings might’ve got the player a free beer, whereas a Royal Flush would reward the player with cigars or shots. The prizes were dependent on what was on offer at the bar it was located.

In San Francisco, California, in the late 1800s, mechanic Charles Fey devised a much simpler slot machine called the Liberty Bell. This consisted of three spinning reels and only five symbols; diamonds, hearts, horseshoe, spade and the namesake, the Liberty Bell. By replacing the cards with five symbols and reducing the number of reels, the complexity of winning was reduced, allowing Fey to devise an automatic payout mechanism. The Liberty Bell slot was a huge success and ignited a thriving gaming industry.

Earlier machines such as the trade stimulator gave players prizes consisting of items such as flavoured chewing gums with pictures of the flavours playing symbols on the reels. Enter the fruit machine era. It was here that the famous cherry and melon fruit machine symbols were born. The BAR symbol found on today’s fruit machine is based on an early logo of the Bell-Fruit Gum Company. Having food as prizes was commonly used to avoid laws against gambling in many states of America.

It was in 1963 when the first fully electromechanical slot machine was developed, called Money Honey. At the time of invention, it contained state-of-the-art technology which allowed Money Honey to be the first slot machine to contain a bottomless hopper and an automatic payout of up to 500 coins, without the help of an attendant/assistant. Of course, Money Honey and the technology it held became a big hit and led to an ever-increasing number of electronic games and Slots.

During the 1960s, electronic Slots were exported to the UK, featuring many of the popular fruity symbols we know and love today. However, in the 1960s UK gambling laws were very clear about the nature of automatic gambling machines and they were not allowed in pubs.

After Slots reached the UK, co-founder of Carfield Engineers Ltd, Trevor Carter added a new element to fruit machines – the Nudge button. Thanks to this new addition, the fruit machines were transformed with even more added excitement. The strategic use of Nudges meant that later, fruit machines could slip through the legal net placed by the gambling law and were allowed to be installed in pubs.

As technology advanced, we soon saw the rise of digital machines replacing classic fruit machines in pubs and arcades. This allowed more developers to get in on the action, which is where we saw the birth of digital video games such as Deal or No Deal and The Addams Family-themed games pop up within local pubs and arcades.

With further technology developments, we soon saw fruit machines and themed slots enter the online world, making gameplay more accessible for all from the comfort of their own home.