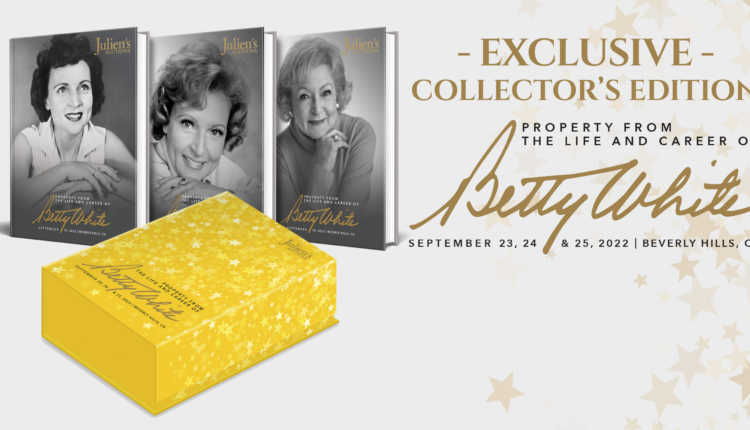 Julien’s Auctions will be offering a very special upcoming catalog of the First Lady of Television. We sadly lost Betty White, wonderful friend and life-long advocate for animals, earlier this year. More than 1,500 items are included in the upcoming Estate of Betty White auction from the Beverley Hills company, including recognizable dresses, wedding rings, and signed scripts all owned by America’s Sweetheart.

The highlighted items will be showcased at:

The cross-Atlantic voyage is scheduled August 5th to August 12th. A daily rotating exhibit of the Property from the Estate of Betty White Collection will be on display. Julien of Julien’s Auctions will also be on board to answer any questions about the items.

A screening of the documentary “Betty White: First Lady of Television” will also be held on Tuesday, September 20th at Julien’s Auctions followed by a Q&A.

You can order the official Julien’s Auctions’ catalog of the collection here. It is three volumes, and is destined to be a collector’s item.

The initial auction will be held Friday September 23rd to Sunday the 25th, 2022.