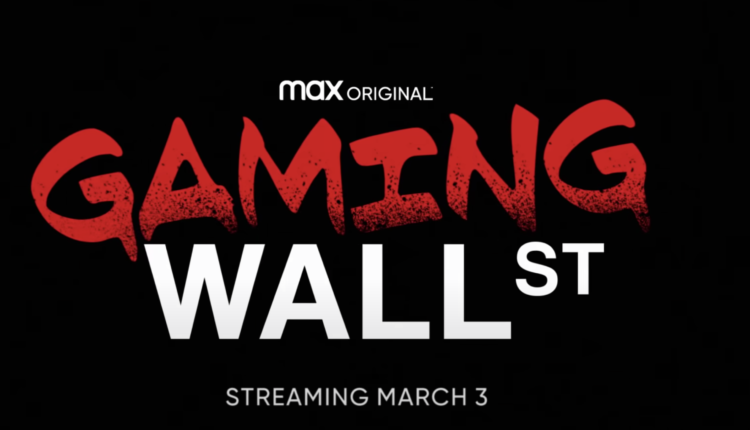 Between countless Crypto commercials peddled by celebrities and the constant notifications of the rising and falling of Wall Street, it’s hard not to be at least a little curious about what it all means. Even more intriguing is the exposure of extreme fragility and volatility of our entire economic system that was on full display in early 2021, when a bunch of nerds on Reddit reshaped the way we view the seemingly mythical system.

The phenomenon of GameStop (and later AMC Theaters) took the world by storm as we watched a group of organized internet nerds take on the entire stock market during a lockdown. It was an event to say the least, and naturally, countless studios sought to retell the story through film, series, and documentaries. Turns out, HBO Max beat everyone to the punch, dropping the first trailer for “Gaming Wall Street.”

The two part documentary details the infamous Gamestop short squeeze, and seeks to simplify the complexity and nuance that lead to one of the most fascinating financial plays we’ve seen in a very long time. “Gaming Wall Street” pulls out all the stops, with the documentary being narrated by none other than Kieran Culkin. It is directed by Tobias Deml, who said of the documentary:

“I wanted to create a compelling documentary about a niche online community which grew into the movement behind GameStop and momentarily shifted the balance of power on Wall Street. I saw a great need for access to education about investing. We have the opportunity to right a decades-old wrong created by powerful firms that have been gaming the system to the detriment of society. I hope that viewers will feel empowered to see themselves as investors and be part of a much-needed reform to Wall Street.”

HBO Max is smart to get this out quickly, as these kinds of real life events tend to have a very small window of relevance, especially given our current climate of every time you turn around, there’s another historical event we have to live through. Luckily, we won’t have to wait long for “Gaming Wall Street,” as it is set to release on the streaming service March 3rd.

We all may have already moved on from the Reddit vs Wall Street hype, but I’ll take as many iterations of this event as streaming services and studios are willing to put out if it means a reduction in Matt Damon Crypto currency commercials.

“Gaming Wall Street” hits HBO Max exclusively on March 3rd. You can watch the trailer below.

Services and Products That Can Greatly Benefit Your Business