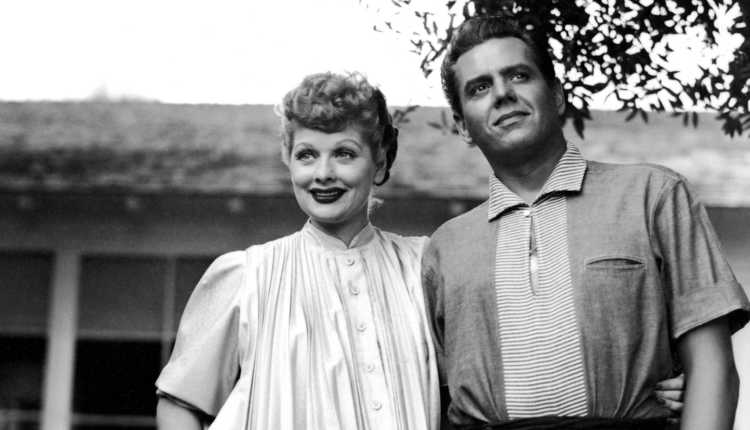 “Lucy and Desi” is a Stand Out Among the Familiar [Review]

I’m not exactly sure what happened, but shortly after the release of “Being the Ricardos,” the floodgates erupted with interest in unpacking the lives of Hollywood’s most influential stars. The deep-dive into the lives and achievements of Lucile Ball and Desi Arnaz seems incessant and endless in recent days, so Amy Poehler’s new documentary “Lucy and Desi” seems like another lame attempt to ride the renewed wave of interest in the pair and can be easily overlooked. Though not revolutionary in its approach or even content, “Lucy and Desi” manages to stand out above the rest, telling the more compelling narrative of all other attempts to provide a fascinating look into the fascinating lives of the beloved power couple.

What sets “Lucy and Desi” apart from many of the other documentaries (and the very flawed “Being the Ricardos“) is that Poehler seeks to let both Lucy and Desi tell their own stories.

The documentary is comprised entirely of the couples own narration, with only snippets of talking heads from people close to them. The film goes out of its way to let their subjects tell their own stories. So rather than reframing narratives to fit events, they reframe our interpretations of those events to fit the narrative told by the people that lived them. This is a massive departure from a majority of current documentaries about the couple out there, including the 2020 “We Love Lucy” Reelz documentary.

Poehler is focused and reverent, willing to let her subjects tell their own story and not impede them by forcing herself onto their story. This allows “Lucy and Desi” to retell stories we are all too familiar with but from their own mouths. We learn about their trials and tribulations not from Sorokin’s snappy dialogue, but from hours and hours of recordings, interviews, and commentaries from both artists themselves. This is rather freeing for “Lucy and Desi” because the film can then recount stories and incidences and achievements that we are already familiar with, but never really heard how Lucile Ball herself felt about them.

“Lucy and Desi” strives to be all encompassing as well, framing both their immense success juxtaposed against their hardships and tough times. The documentary does a good job in demonstrating the lengths they went to stay together while never shying away from the things that ultimately drove them apart. What it also does is lean into everything that happened after their well documented split. Rather than simply gloss over the rest of their lives in an epilogue, this docu spends a majority of the time exploring the lives of the couple after they were no longer America’s sweethearts.

It does have a tendency to get lost in its own examination, and because it is framing the story based on the narration and not the other way around, it more focused than most but not completely focused on what it’s trying to accomplish. This is even more exacerbated by the inundation of current fascination, and while it is better than the rest “Lucy and Desi” is still about something that has no stone left unturned at this point. This by no fault of its own, as it is really well made and crafted and really does give a fresh take on a stale story. But it’s hard not feel a little Lucy and Desi burnout, even if you’re a diehard fan of their work and achievements. It still exists in a time where everyone everywhere seems to have a renewed obsession with exploring their lives.

“Lucy and Desi” demonstrates the immense influence and impact the couple’s work has had on film and television. We would quite literally not have the media we have today were it not for their incredible work and savoy business plays. Both are without a doubt the parents of Hollywood in ways I don’t think many of us realize, and it does a really good job in demonstrating that. It is a pretty big departure from the wheelhouse of Poehler, but she clearly has a knack for documentary filmmaking and true passion and love for her subjects.

All in all, “Lucy and Desi” may exist in a time where that’s all anyone can talk about, and you’d be right to dismiss it out of hand as just another example of something you already know. But I would recommend to give it a shot and not count it out, as it is one of the better attempts at trying to capture the larger than life lives of two of the most impactful and influential stars of the last century.

“Lucy and Desi” will be available to stream on Amazon Prime on March 4th. You can watch the trailer below.