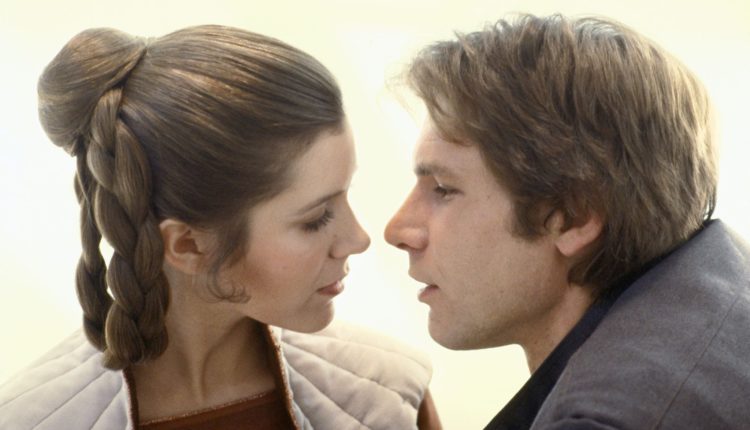 What a perfect announcement to share on Valentine’s Day! Author Beth Revis has a new, official “Star Wars” novel coming! This is one fans will be interested in for sure, as it’ll detail the unseen wedding between Princess Leia Organa and Han Solo!

Yes, random guy in our Twitter mentions, we KNOW they were previously married in the Star Wars: Extended Universe novels. But, those have officially been dismissed as no longer canon. *sarcastic* Thanks, JJ Abrams.

“The Princess and the Scoundrel” takes place shortly after the action in “Star Wars: Return of the Jedi.” Han proposes in the elation of the rebel victory against the Empire on the forest moon of Endor. After a ceremony at the site of the victory celebration, the newlyweds depart for a honeymoon aboard the Halcyon Starcruiser. (Nice tie in to the Disney World “Star Wars” hotel there, guys) In their most desperate hour, with the war still raging but the Empire nearing its last gasp, the couple must outwit the Imperial remnants clinging to power.

StarWars.com interviewed Revis about the release. Apparently Ewoks will be involved!

StarWars.com: We’ve already seen Han and Leia cleaned up for the Medal of Yavin ceremony. What can you tell us about their wedding as you’ve envisioned it?

Beth Revis: I don’t want to spoil anything as the wedding is possibly my favorite scene of the whole book, but I will say that when Ewoks are involved, nothing ever goes to plan!

In all seriousness, though, what makes the wedding scene my favorite is the ring ceremony. The rings become an important symbol throughout the book — I’m being vague on purpose so I don’t spoil anything, but I think it’s true of all societies, whether they be on Earth or in a galaxy far, far away, that ceremonies become a necessary component of culture. We ascribe value to specific moments, and we bring up importance to symbols from those moments, including wedding rings. A wedding is like a bright star in a person’s life — a fixed point of light. And that’s true for Han and Leia as well.

“The Princess and the Scoundrel” is set to release on August 22nd, 2022. You can pre order the novel now.