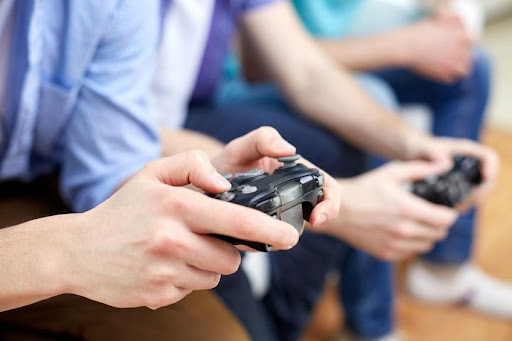 How to Improve Your Gameplay in FPS Games?

Online gaming is one of the biggest niches in the entertainment industry. It has become more than just a pass time or a hobby. For many, gaming is a career, and a well-paid one at that. Professional esports gamers are considered genuine athletes, and they participate in tournaments and competitions complete with trophies and prizes. Even for casual gamers, competitiveness is very high, and being the best amongst a group of friends is a prize in itself.

FPS games, or First Person Shooter games, have the objective of killing as many opponents in the militia or guerilla-style battles. Legendary names such as Overwatch, Player Unknown’s BattleGrounds, Call of Duty, Apex Legends, and Fortnite are some of the most popular games in the world. This category is one of the largest and most competitive in gaming.

The context of these games, where failing means virtual death, can make losing especially frustrating. How does a casual gamer improve their gameplay in FPS games? Are there any tricks or gaming hacks that work? These questions are the focus of this article.

Hacks in this context don’t mean cheating with illegal software; hacks here mean gaming styles or gameplay patterns that give an advantage.

Before attempting to get into the more competitive lobbies, many games have dedicated free-play levels where losing doesn’t really affect ratings. Using these to understand the game will pay off later.

Set up Your Hardware

Using the right mouse and mousepad can give an advantage in gameplay. The chair and screen set up are also important for easy gaming.

Instead of reloading, switch

Aim for the Chest

A headshot is cool and will likely be the quickest way to kill an opponent, but headshots are difficult. The chest will almost always be the largest target area and will have the highest damage, apart from headshots.

Most of the time, the default settings in games are for beginners. Even then, as a beginner, finding settings that work best is one of the first things to do. Such things as aim and movement sensitivity, the layout of the display, crosshair style, and other things should be personalized as much as possible.

Practicing is not limited to practicing a game specifically. The mouse is the tool of choice for FPS games on PCs. Practicing click speed is vital. Fortunately, there are ways to do that. Some sites provide click testing. With this CPS test, you can improve your speed. A click rate of 6 or 7 per second is pretty good, but professional gamers average 11 or 12 per second, and the record is about 14 clicks per second.

Making improvements in anything takes time, and gaming is no different. A little effort and dedication is all it takes, even if the only prize is being the best among friends.

5 Tips to Help You Win an Online Sprint Game