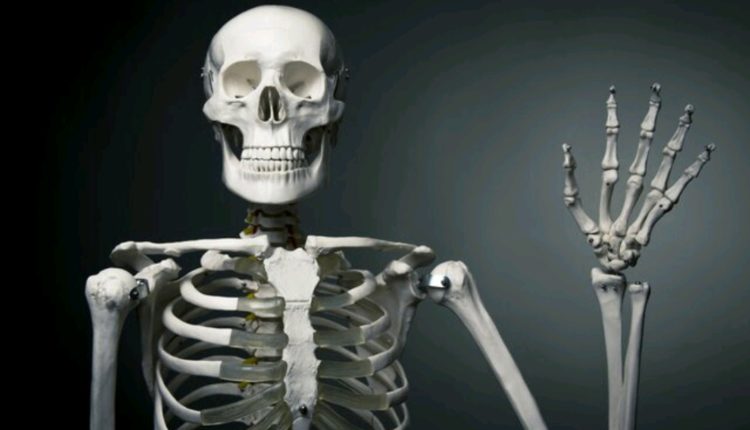 Confess, Confess Your Misdeeds to the Crime Skeleton!

It’s not secret that I am a huge fan of true crime. I’m the go-to when new true crime documentaries show up [psst Netflix, I’m always down for a new true crime story]. Aside from the fascination of the crimes and criminal, the legal procedures are equally intriguing. Even for the most diehard true crime aficionado, it can be difficult to imagine a world prior to our current criminal justice techniques. Granted, they aren’t perfect by any means, but there are countless processes and technologies that simply didn’t exist for many, many decades. Things like interagency cooperation, DNA samples, fingerprints, even agencies like the FBI came into existence in the very latter stages of criminology. So that leaves a wide range of decades where law enforcement and inventors were just shooting shafts in the dark trying to solve crimes.

A majority of some of the famous serial killers were only able to exist because the world hadn’t caught up to tracking them. All of this is a lead in for why the very real and very hilarious attempt at criminal confessions known as the Crime Skeleton came to be. I assure you, this contraption was very real, despite it sounding like something straight out of a comedy. But you have to remember that in 1920 when the Crime Skeleton was invented, no one had even attempted to map out the human genome yet. It was a primitive time, but it clearly produced the best inventions ever unearthed by the trusty interwebs.

The Crime Skeleton was invented by Helene Adelaide Shelby, with sole purpose of basically scaring perps into confession using makeshift supernatural recreations. The idea was that you could essential scare criminals into confessions by creating a haunting atmosphere. This included a dark room where the criminal would be placed in alone, and soon be confronted by a giant skeleton that glowed with red eyes. Law enforcement could sit behind the skeleton and using a megaphone that transformed their voice, could ask questions of the perp with anonymity. Yes, that’s right. a recreation of a hell spawn skeleton would demand answers from the criminal in order to gain truthful confessions.

Shelby’s invention worked like this: The perp would be led into a dark room, handcuffed, and left standing alone in the dark. Before they are able to get used to their surroundings, a curtain would lift and reveal a haunting, glowing skeleton that lit up with glowing red eyes that would speak to the perp directly. On the other side unseen by the criminal, an agent could speak through the skeleton and demand confessions. The skeleton had a hidden recording device that documented the criminals every move and word, and would essential be able to be used an objection when a criminal would try to retract their confession in court.

I know, it sounds too ridiculous to be true, but Shelby is a very real person with a very real invention that was actually patented in 1921. She was a true believer in her invention, stating that her :new and useful apparatus “is designed to produce a state of mind calculated to cause [a criminal], if guilty, to make confession thereof,” in addition to recording the said confession. The glowing red lights in the skeletons eyes, “for the purpose of importing… an unnatural ghastly glow,” according to Shelby, the “illusory effects… of a supernatural character” will “work upon [the suspect’s] imagination.” This supernatural induced confession skeleton would also record, “photographically and simultaneously record both scenes and words,” in the form of pictures and a corresponding audio recording.

So yeah, there was a time when the idea of forcing criminals to confess to a Crime Skeleton was viewed a viable option for the criminal justice system. However, despite the intrigue of such of a weird, twisted invention, there are no documented cases where this invention was actually used in any interrogation. While the Crime Skeleton was an official patent, the Supreme Court changed the laws of coercion for confessions in 1961, and the idea of a special effects laden confession room with a glowing skeleton as the lead inquisitor fell under the banner of coercion.

That’s probably a good thing, too. No one ever actually made this strange contraption, and I don’t know that pouring over false confessions brought on by a supernatural simulation that is also recorded without consent is how current criminologists want to spend their time. But I can’t help but think how fun and funny it would be to see the Crime Skeleton in action. If you’re listening, Netflix, I have your next fictional crime series!

You can’t tell me you wouldn’t watch an entire series of Crime Skeleton!