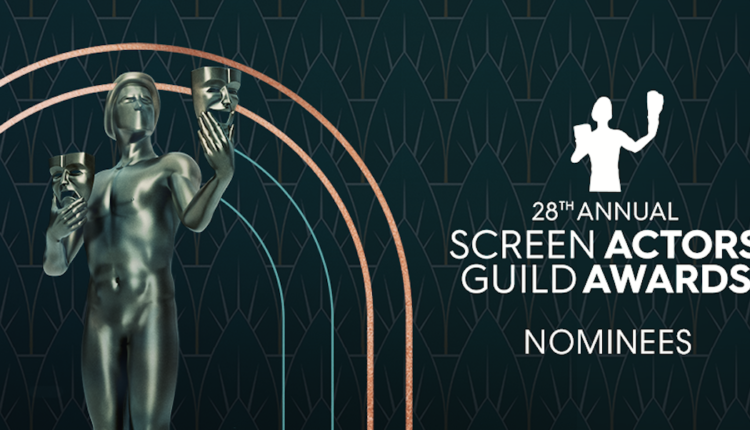 Awards season is upon us! It technically started with some of the smaller critics awards, and the mainstream season kicked off with the Golden Globes. But given how controversial the Globes are despite their small moves towards change, most of us have all but written off the show altogether.

The SAG (Screen Actors Guild) Awards has more merit, and focuses on performances above all else. It should be noted that the nominations are surprisingly close to those of the Golden Globes, which I think says more about the latter than the former, in that they may actually be on the right path to better voting and inclusion. I’m not holding my breath, but it’s a better start than it ever has been, even without being televised this year.

That being said, the SAG Award nominees have been announced, and they tell a pretty interesting story for what is to come down the stretch over the next few months leading up to the Academy Awards, aka the Oscars.

Rather than break down every single category, we’ll focus on three key takeaways in the major film categories: The most shocking surprises, the biggest snubs, and how well I did in my Oscar predictions weighed against the SAG nominees. That last one is more for me than anyone else, but spoiler alert: I did REALLY well. Turns out when you actually see all of the films that are widely considered award contenders, you do pretty well in predicting who will make it into the nominees.

You can read the full list of nominees here.

There actually aren’t that many big surprises here. Some might point to Jared Leto for “House Of Gucci” in the best supporting actor category, but I kind of had a feeling that he would somehow make it onto the list. I don’t know what it is about Hollywood voters, but they just can’t get enough of Jared Leto doing Jared Leto things. I will say that his inclusion is still surprising despite me calling it, and I really hope that this is the last time we see him on the list for what can only be described as an “SNL” parody performance. Leto has a strange way of always feeling like he’s in a different movie than the one he’s actually in, and any other actor would automatically be faulted for being so out of touch with his present work. But Leto has proven time and time again that voters don’t care; the weirder and more off-putting the better. They love him and they shouldn’t be here we are, another nomination for a strange performance in a stranger movie under his belt.

The second, probably larger surprise is Jennifer Hudson for “Respect” in the Best Actress category. This one is a big shocker, as I didn’t even put her in my top ten possible contenders. I don’t want to take anything away from her, as I find Hudson to be immensely talented and a truly wonderful performer. But “Respect” as a whole feels a lot like this year’s “Bohemian Rhapsody.” A run of the mill biopic that can be interchanged with countless others without any change whatsoever that somehow finds its way into award contention. Hudson may be great, but she’s in a movie that was already shot for shot parodied with “Walk Hard: The Dewey Cox Story.” So it seems strange to nominate the only good thing in a pretty average to bad movie. I know voters adore biopics regardless of merits, but this nomination is a big surprise in a very competitive category.

The surprises also bleed into the biggest snubs, as some of the surprise nominations also lead to some of the biggest snubs. The first is the absence of Kristen Stewart for “Spencer” and Rachel Zegler for “West Side Story.” Zegler in particular is a clear front runner on a number of other prediction lists (including ours) and she already won a Golden Globe for her work. So to see her absent from a category she’s purported to dominate is a pretty big snub by SAG. And the idea that Hudson is more deserving of a nomination over both Zegler and Stewart is not only shocking, it’s a snub. Also missing is Alana Haim for “Licorice Pizza.” Haim, Stewart, and Zegler should have had much more of a contentious run for a spot on this list, and seeing them absent altogether is a big snub to some of the best performers of the year. The rest of the nominees in the category are pretty close to what was predicted, but this tops the list for the most snubs in a single category.

Two huge names that are shockingly absent from the nominations are Jessie Buckley for “The Lost Daughter,” and Peter Dinklage for “Cyrano.” Two of the best performances of the year are nowhere to be found on a performance driven award nominee list. Dinklage is what the SAG Awards are made for. A wonderful performance that outright carries the film from start to finish should be a shoe in for a nomination, but it’s nowhere to be found here. Likewise, Buckley is phenomenal, which is even a bigger deal when you consider that she’s going tit for tat with Olivia Coleman. It is a big middle finger to not reward that kind of powerhouse performance, and she’s another major snub here.

The other big snubs also come in the Best Supporting Actor category, with two frontrunners from “Belfast” and Mike Faist for “West Side Story.” I’m sure you’ve noticed, and yes I’m really high on “West Side Story.” That’s because the film absolutely wonderful and packed with top notch performances that unequivocally trounce Leto in “House of Gucci.” I’m sorry, but “izza me, Mario!” is a terrible thing to recognize for a possible award, and there are far better performances that are being snubbed by his inclusion. Ciarán Hinds and Jamie Dorner being snubbed off the list for “Belfast” is a big deal, too. The film is up there as one of the best films of the year, particularly among critics and voters alike. So to not even nominate a single one of them is a big snub that deserves to be called out.

While all of my predictions were about the Academy Awards nominees, the smaller award nominations leading up to The Oscars are often telling of what to expect, so it’s safe to see if I’m on the right track or not. So, how well did I do in each of the major categories? Pretty damn well, I must say. Starting with The Best Actor Category, which I went 4 out 5 on. I would technically give myself a point for picking Javier Bardem as the leading dark horse inclusion, 80% success rate is pretty damn good. It’s even better when one of my picks (Peter Dinklage for “Cyrano”) was snubbed from the category altogether. For Best Actress, I went 3 for 5 with both of the snubs (Stewart and Zegler) being absent from the list. Again, my top Honorable Mention was Jessica Chastain, so I would give myself a half point in my made up point system. But that half point would be for posterity only, so I’ll take 60% from the SAG list and take solace in knowing that I’ll probably do much better when the Oscar nominees come out.

I went 3 for 5 in the Best Supporting Actor category. Admittedly though, I picked with my heart for that one a bit more than the others, so batting 60% here isn’t really that shocking. Plus, I included almost all of them in the Honorable Mentions (I’m starting to thing my Honorable Mentions were better picks than the my actual nominee predictions) so I’m not too broken up about it. I saved my worst for last, as I only went 2 for 5 in the Best Actress category. There were some heart picks in there, and some clear front running performances I failed to acknowledge. The point of all of this is that I got the majority of the mainstay picks right.

The SAG nominations may have thrown a few curveballs with some of their snubs, but when all is said and done I think I’m going to fair really well when the Oscar nominees are announced on February 8th.

The 28th Annual Screen Actors Guild Awards, honoring the best achievements in film and television performances for the year 2021, will be presented on February 27th, 2022 at the Barker Hangar in Santa Monica, California. The ceremony will be broadcast live on both TNT and TBS.

Nirvana Baby Refiles Lawsuit, Because He Has Nothing Better To Do