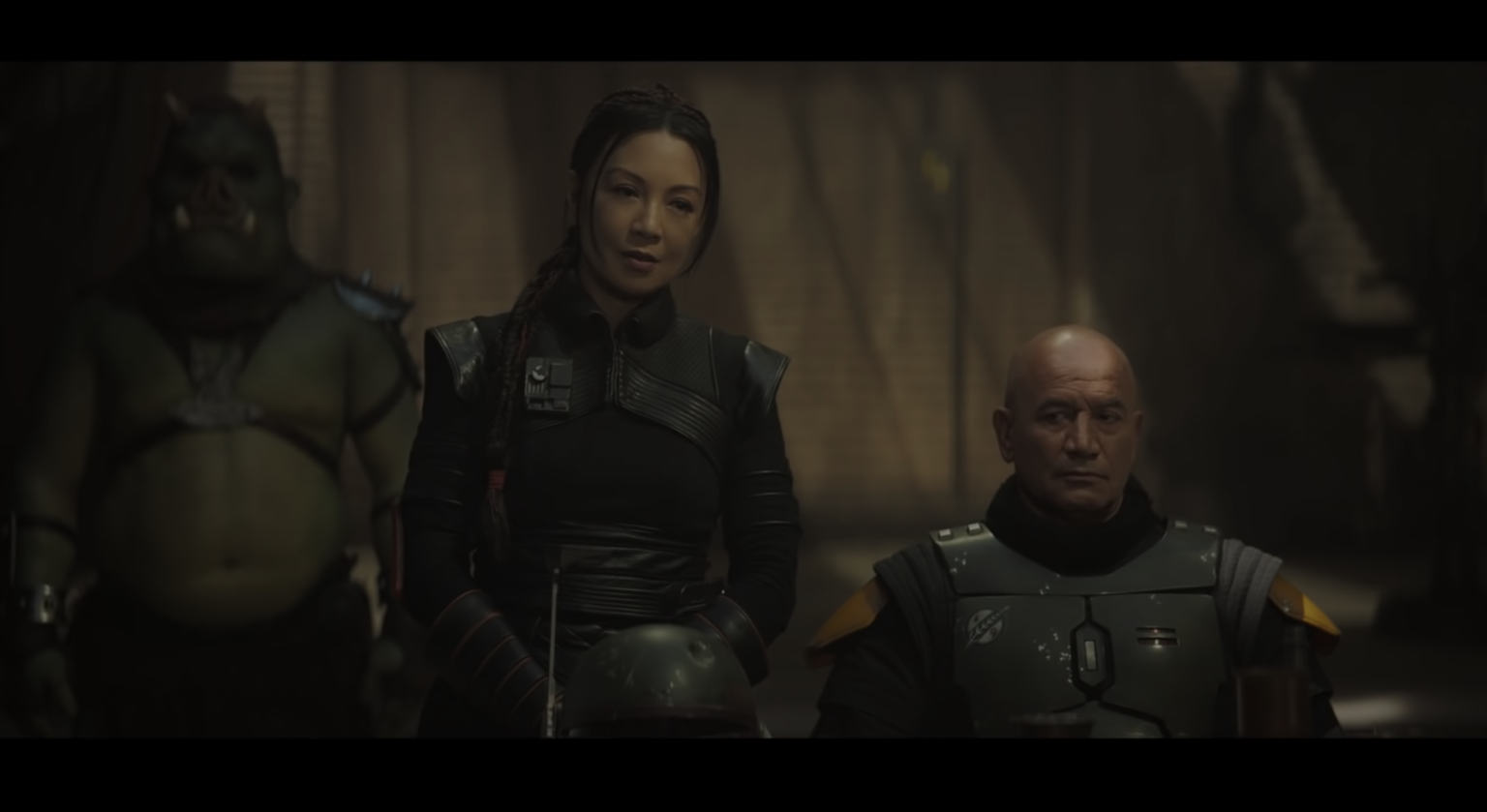 Disney+ released yet another featurette for their upcoming “Star Wars” series. As you’ll recall, “The Mandalorian” reintroduced the iconic bounty hunter character Boba Fett. His return was SO GREAT in fact, that the powers that be opted to give him his very own show.

“The Book of Boba Fett” stars Temuera Morrison as Boba, and Ming-Na Wen as Fennic Shand. Robert Rodriguez serves as showrunner, and will direct 3 of the 7 episodes.

We have some questions, though. Like who is this new character on this awesome lookin’ bike?!