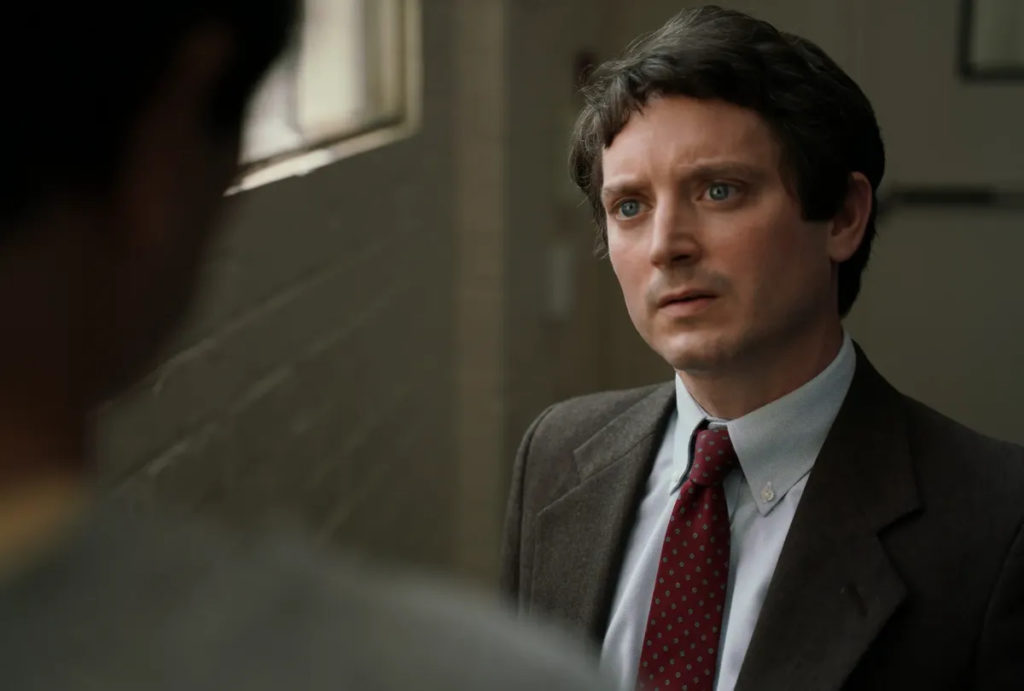 Sadly, whenever some sort of program emerges to help people out financially, some corrupt jerk-face is going to come along and take advantage of it while screwing other people out of the help they could’ve desperately needed. Well, allegedly, it looks like one of those jerk-faces is former Team USA Olympic speed skater Allison Baver.

Baver, who won bronze in the 2010 3000 m relay race, has been indicted on charges that she defrauded banks and the federal government for $10 million in COVID-19 relief loans as part of the CARES act. And just to add some extra insanity to the mix, a portion of that money was used to fund an Elijah Wood film about Ted Bundy, “No Man of God.”

Where do we start untangling this mess? Well, let’s start by explaining where exactly this money came from that Baver obtained. Because of how heavily COVID-19 impacted businesses across the United States, part of the CARES act that the US Congress passed included a section for a Paycheck Protection Program (PPP). The PPP allowed for employers to take out forgivable loans through banks that had partnered with the Small Business Administration. The goal of this was to loan money to small businesses so that they could continue to pay employees and help keep the economy chugging along.

As one might expect though, in order to qualify for a PPP loan, you’d actually have to have employees receiving paychecks. And that’s where Allison Baver is being indicted. In April of 2020, as the initial wave of the pandemic was hitting, she claimed to be heading up her own business. Allison Baver Entertainment reportedly had a monthly payroll of over $4 million, and over 100 employees. Or was it 430 employees and a monthly payroll of closer to $4.7 million? Or, perhaps there were no employees at all as the federal government has charged.

If you’re asking yourself, “How can someone with no employees get a loan for $10 million dollars and no one suspect anything?” Well the good news is that there was indeed quite a bit of suspicion in the Utah area where Baver’s “company” was based. The Salt Lake Tribune latched onto this bizarrely high loan for a company no one had heard of and started doing some digging. Of the many things they announced, one was that the address of the business was the same as the residential address that Baver lives at; peculiar for a company with 100 to 430 employees.

The Tribune was also quick to point out that in Utah, a singular company with 430 employees would make it a fairly large employer, certainly one of the bigger ones in the state for a singular company at singular location. If that’s the case, why had no one heard of it, including the Utah Film Commission? Regarding the subject of film, the only thing that ever seemed to come of Baver’s “company” is an investment of $150,000 that was made into the 2021 Elijah Wood film, “No Man of God.”

Why she made this investment in the film is up for debate and discussion. It could be that it was an attempt to make part of her “company” look legitimate by showing they had a production credit on a film. It’s also possible that it was a means of money laundering, which is what the federal investigators are cleaning. It only takes one season of “Breaking Bad” to get an idea of what money laundering is and how funneling the potentially illegally obtained loan money into a film production was a potential way of “washing” the funds. This is why there’s one count of money laundering in addition to the eight charges of making false statements to a bank.

Funnily enough, though no one at the Tribune had heard of Baver’s company, Baver certainly heard about their article and filed a $300,000 defamation case against the paper in July of 2021. Ultimately the case seemed to go nowhere. Our guess is probably because if she wanted to try and push the defamation case, she would’ve had to prove that the claims made against her were knowingly untrue. Given the evidence already in play against her for the criminal case, there’s no way she would’ve been able to prove defamation.

One of the worst parts about all this is how when certain politicians like to state that the federal government shouldn’t support certain programs because of fraud, they point to cases like this. They point out these rare examples where someone takes advantage of the system and that’s why these programs shouldn’t exist. They don’t point out all the successes and the people whose businesses and lives were saved by these beneficial programs, they just point to the Allison Baver’s as to why no one should have these things.

And even if she had funded the best movie in history instead of another damn serial killer true-crime story, using these programs that are meant to help those who are struggling is a disgusting and despicable act.

No one seems to know how Wood got involved with Baver in the first place, and has yet to comment on the situation.