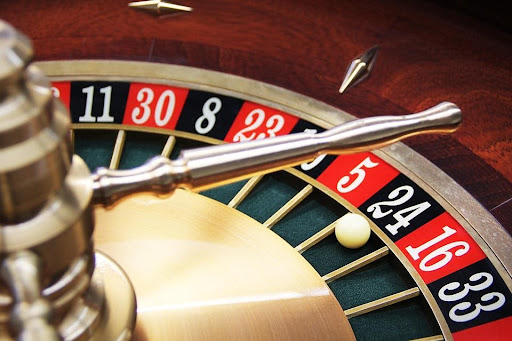 New York Wants to Have a Crypto Casino in the State

Jason Ader is a known face in investment circles. He is also interested in hosting New York’s first crypto casino. But he doesn’t just mean a place where you can enjoy playing roulette with Bitcoin. Rather, Ader wants to create a physical casino resort where an entire floor will be solely dedicated to crypto trading (and gaming).

The investor has already outlined his plans to the New York State Gaming Commission, and he has actually managed to secure funding and backing from interested parties, one of which is Universal Entertainment Corp.

Should the project succeed, Ader and his partners will seek to establish a brand-new casino resort (secured with one of the few remaining licenses in the state) and name it Mirai, which is Japanese for “future.” Ader is looking at the future in the hopes of creating quite a few exciting features, so what can we expect from his plans?

Ader’s Crypto Casino Is Quite Cool and Slick

It’s not just about the crypto, which is a major element of the casino. The casino resort will be equipped with thousands of slots and hundreds of tables, but it will also allow for other events to take place on-site. This includes even esports gaming, in the words of Ader himself, and also the New York Fashion Week.

But to top it all off, Ader wants to build a launch pad – no, not for helicopters. For actual flying cars, which is as barmy as it sounds. Ader doesn’t think, so the idea is so crazy. Airborne vehicles are close to realization, he argues, and building a property that is well-equipped for the future is precisely what he wants to achieve with his project.

The casino resort, says Ader, has a simple goal – create a cool environment for casino gaming (but not just that). The casino floor will be well-stocked, and yes, you may be able to use Bitcoin, Ethereum or even Dogecoin, provided the gaming commission gives the project a go-ahead, but there will be so much more to do.

The short answer is yes – New York needs great, new, and exciting forms of entertainment. An official go-ahead for crypto gambling in the state (at least on the Mirai’s floor) will definitely come with quite a few thrilling improvements.

First, it would put in focus the $3 trillion crypto industry, and most likely lead to a lot of domestic and international tourism. After all, placing a bet with crypto is not readily available anywhere in the world, and visiting New York to play at such a casino resort will prove very tempting for the world’s high rolling elite.

Crypto gambling is fun for other reasons as well. For once, it allows you to explore new games, different gameplay mechanics and while AML and KYC practices are rigorously followed, it’s a way to legitimize the industry.

Ader is smart enough to pivot a project that will go far beyond gaming, though. It will focus on, well, flying cars, too, and all forms of entertainment. New York doesn’t necessarily need crypto gambling per se, but the state is constantly looking for new opportunities to innovate and attract the global elite to try new things.

Beyond Gambling at New York’s Future Casino to Be

If Ader’s project is successful, it would look past just crypto and gambling, though. It will similarly focus on competitive video gaming, for example, or more colloquially known as esports. Esports events can be quite fun, actually.

They are already selling out entire stadiums and arenas, and fans from afar are coming to enjoy the show. So why not? A crypto casino in New York can be many things and achieve many things as well. That is precisely what the Ader project is – a wink at the future, a nod at our boldest expectations from entertainment.

First Time In Las Vegas? Here’s Some Things You Need To Know!