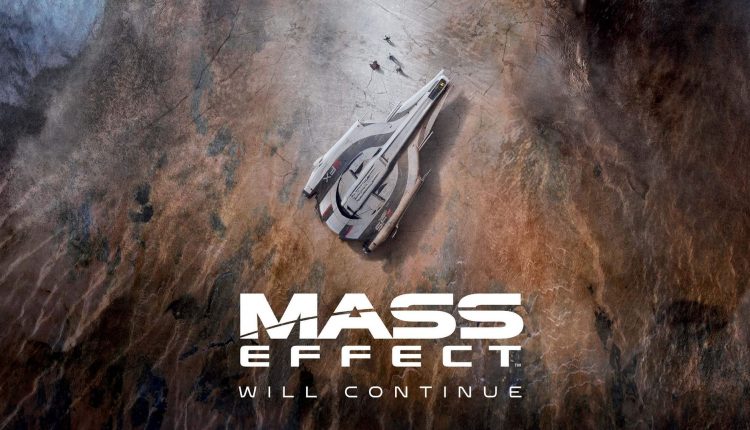 Internet news moves fast. One outlet reports something and suddenly a bunch of others follow suit with various degrees of information, speculation, and assumption. Today’s case-in-point is a report that Amazon Prime Studios is approaching the development of a television series based off of the video game franchise, “Mass Effect.”

Are they really though? How much information is there really about this alleged development, and what expectations should we be setting for it?

Everything we know about this series comes from a report on November 23rd, 2021, from Deadline. While the article mostly focuses on the successful launch of “The Wheel Of Time,” there’s a small section of two sentences that reads as follows:

One of the company’s newest hopefuls in the arena is Mass Effect. Amazon Studios is nearing a deal to develop a series based on the best-selling sci-fi video game franchise from Electronic Arts.

This is directly followed by a quote from Amazon Studios head, Jennifer Salke that almost reads as a non-sequitur as opposed to a follow-up statement.

You will see us continuing to invest in fantasy genre of all kinds, we have a genre-focused team on the ground in Studios who work tirelessly with our creative partners on those slates, and you can look forward to more.

Was there a portion of the interview that was omitted? Was there anything else even mentioned about “Mass Effect?” Did Salke bring up the subject and the writer just glossed over it as unimportant? What does that quote from Salke even actually mean? It’s so generic that it doesn’t even necessarily apply to “Mass Effect” in any way. Depending on if you view the franchise as fantasy or science-fiction, it may not even be fully applicable to it.

What we do know is that the highs and lows of the BioWare science-fiction, action/RPG have been very profound and very public. When it debuted in 2007 as an Xbox 360 exclusive, “Mass Effect” was warmly received by critics and players alike for its incredibly rich narrative, world-building, and characters. Some of the gameplay elements were criticized, such as the weak gun-based combat mechanics and interface/menu issues. Most of those would be corrected for “Mass Effect 2” when it was released three years later. It would go on to become one of the most highly praised games of all time.

Woman Allegedly Breastfeeds Her Cat on a Delta Airlines…

Aubrey Plaza’s “Legend Of The Christmas…

Two years later, the final planned game in the trilogy, “Mass Effect 3,” would create a high degree of fan backlash and controversy with what was widely seen as a botched ending. Depending on who you talk to, it ranged from being a complete slap in the face to the fans and the nuanced story decisions they were able to make, or a lackluster conclusion that left a lot of loose ends dangling and didn’t feel like BioWare’s best effort was put into it. The fact that it’s still debated to this day, and that the developers had to craft an expanded ending as DLC, goes to show just how bad it was for the franchise’s image.

If that wasn’t bad enough, “Mass Effect: Andromeda,” the 2017 title that was supposed to start a new trilogy in a different part of that universe, did not go well. It’s too much to go into here, but Kotaku featured an amazing article about it and how the game’s development was an absolute disaster that tore a company apart and brought a severe crunch period down upon its employees. Any planned sequels were scrapped and it wouldn’t be until the “Legendary Edition” that the series would see another release in 2021. The remastered collection packaged all of the “Mass Effect” games and DLC into one package, with the notable exception of anything involving “Andromeda.”

The “Mass Effect” fandom is still strong, but is it enough to warrant investment in a full-scale television series? That could be a risky venture given where the franchise as a whole finds itself. BioWare and Electronic Arts have already teased a “Mass Effect 4,” but who knows when that will come out or how it will be received after the high profile failure of not just “Andromeda” but also the BioWare project, “Anthem.”

It’s also worth noting that another sci-fi gaming franchise, “Halo” had been in development since 2013 when Steven Spielberg was announced to be attached to the project. It would take another eight years before we’d see another sign of that series. While that’s not to say that it would take the same amount of time to bring “Mass Effect” to life, it is safe to say that a sweeping sci-fi world like this would be a large undertaking.

So where does that leave this potential “Mass Effect” television series? Well, it’s not like Amazon doesn’t have the money to throw at it, but even if something is truly in the works, it’s only been stated as being near to a development deal. In other words, it’s not even in development yet. Keep your expectations highly measured on this until more details come out. Should more information emerge, we look forward to reporting them to you.

Disneyland Says Another Magic Key Level is Now Sold Out