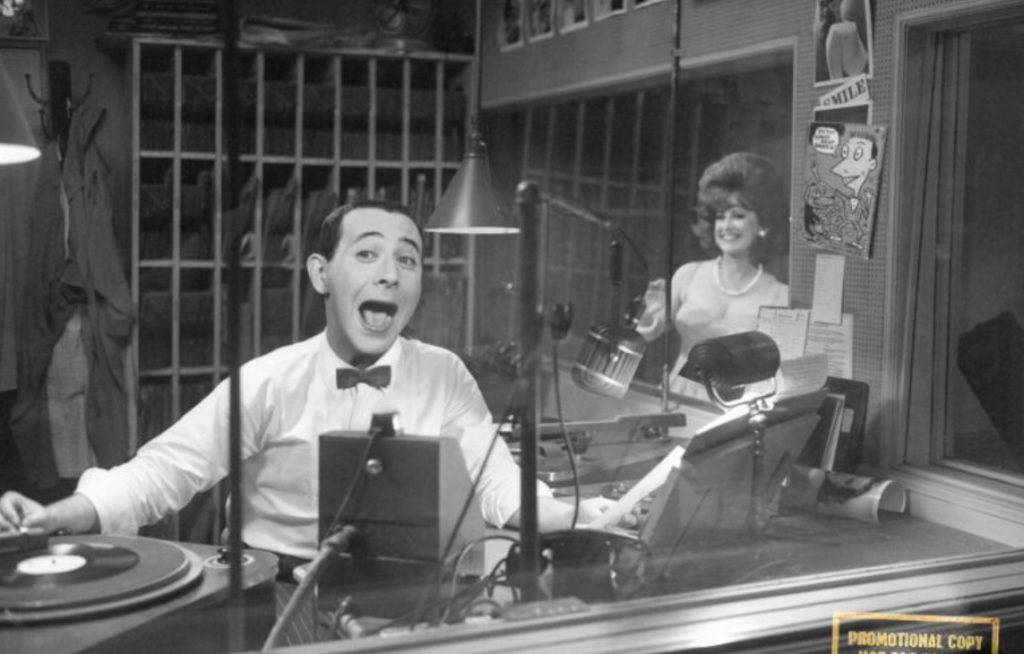 Paul Reubens, actor behind iconic personality Pee-Wee Herman, has announced his very own radio show! Joining him is the cast of “Pee-Wee’s Playhouse,” Chairry, Magic Screen, Miss Yvonne and some other special surprise guests.

The show will be on KCRW, which broadcasts in the Los Angeles area. Reubens says he will talk about some of the greatest music ever created.

According to KCRW’s press release:

Dear most esteemed journalists, it’s Pee-wee Herman here and I am going to be a DJ on a new radio show airing on KCRW! I’m so excited, it’s my very first one! I mailed them a letter, which got lost (apparently!), and then tagged them on Twitter and THEN they didn’t believe it was me until my biggest, bestest, most amazing fans called and called and jammed up their phone lines (hee hee)! Thank you fans because they are going to get me some donuts and leave me the keys to the studio while they are on vacation!

Join me and my friends Chairry, Magic Screen, Miss Yvonne, and some surprise special guests (HINT: they are super famous!), while we listen to some of the greatest music ever recorded!
This is all happening on Friday, November 26, at 6 p.m PST, so you better get out your transistor radio and listen to my amazing voice!

While there’s no news on what kinds of music we will get to hear on his radio show one things certain. It’s a great opportunity to introduce kids and adults to things they may not know about in a friendly format that makes sense. We’re looking forward to tuning in!