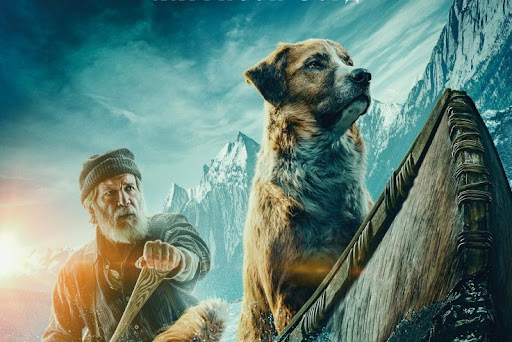 The Best Movies To Study History

Students often see history as a boring subject and it’s not surprising. After all, facts and past events are not always interesting to study. Even worse when teachers are asked to write a historical essay, although now you can use dissertation proofreading and not worry.

10 Powerful Tips to Complete Your Homework on Time

What Can You Do With a Master’s in Mechanical…

A biographical film about the extraordinary but talented writer James Matthew Barry. According to the plot, Barry is a novice playwright, each play of which is worse than the previous one. But his writing talent began to grow rapidly when he met the widow and her four sons. It is these children who inspire Barry to create Peter Pan.

A film about the young years of the famous English writer. The screenplay was based on a detailed study of Jane Austen’s epistolary. At the center of the plot is the writer herself and her then beloved Tom Lefroy, whose feelings can be crossed by the will of parents and marriage by calculation.

The film is about the famous English children’s writer Beatrice Potter, the literary “mother” of Peter the Rabbit. The film tells the real life story of the writer, focusing on the tragic love story. Beatrice Potter was engaged to her publisher Norman Urn, but shortly before the wedding the groom died of blood cancer. After that, Beatrice moved to a remote farm, where she led a solitary literary life.

Another love story. At the center of it all was the then-famous writer Ernest Hemingway and the successful military correspondent Martha Gellhorn. Love at first sight and a quick marriage that lasted 5 years. The story is not biographically accurate, but it is important from the point of view of cinema.

Biographical tape about the author of “Breakfast at Tiffany’s” Truman Capote. But this story is about how Capote and Harper Lee investigated the murder of the Clatter family. The film shows how Capote was formed as a detective, author and founder of the genre of reportage novel, which was eventually embodied in the novel “Cold-blooded murder”.

A film-tale about famous German storytellers and folklorists, which is built on fiction rather than on a real basis. According to the plot, the Brothers Grimm are young swindlers who earn not only by fairy tales, but also by exorcising evil spirits and other magic tricks. However, the real danger begins when the brothers receive an order from the authorities – to expel evil spirits from the forest on the border of France and Germany.

A film about the last years of the life of the English poet John Keats. This film reveals two aspects of the poet’s life: first, his creative impulses and the value of poetry, and second, his love experiences for Fanny Brown and their love story.

A historical film about the existence of William Shakespeare and his writing talent. The film is based on one of the hypotheses about the authenticity of this writer.

A film dedicated to the youth of the famous storyteller Hans Christian Andersen. The main emphasis is on the creative failures and love adventures of the writer. The film is based on historical facts.

Must-Watch Courtroom Dramas You Should Watch At Least Once

Process Of How To Apply For Certifications And Approvals In…

Hacks For Students: How To Pass Exams Without Studying

How to Write a Business Administration Thesis