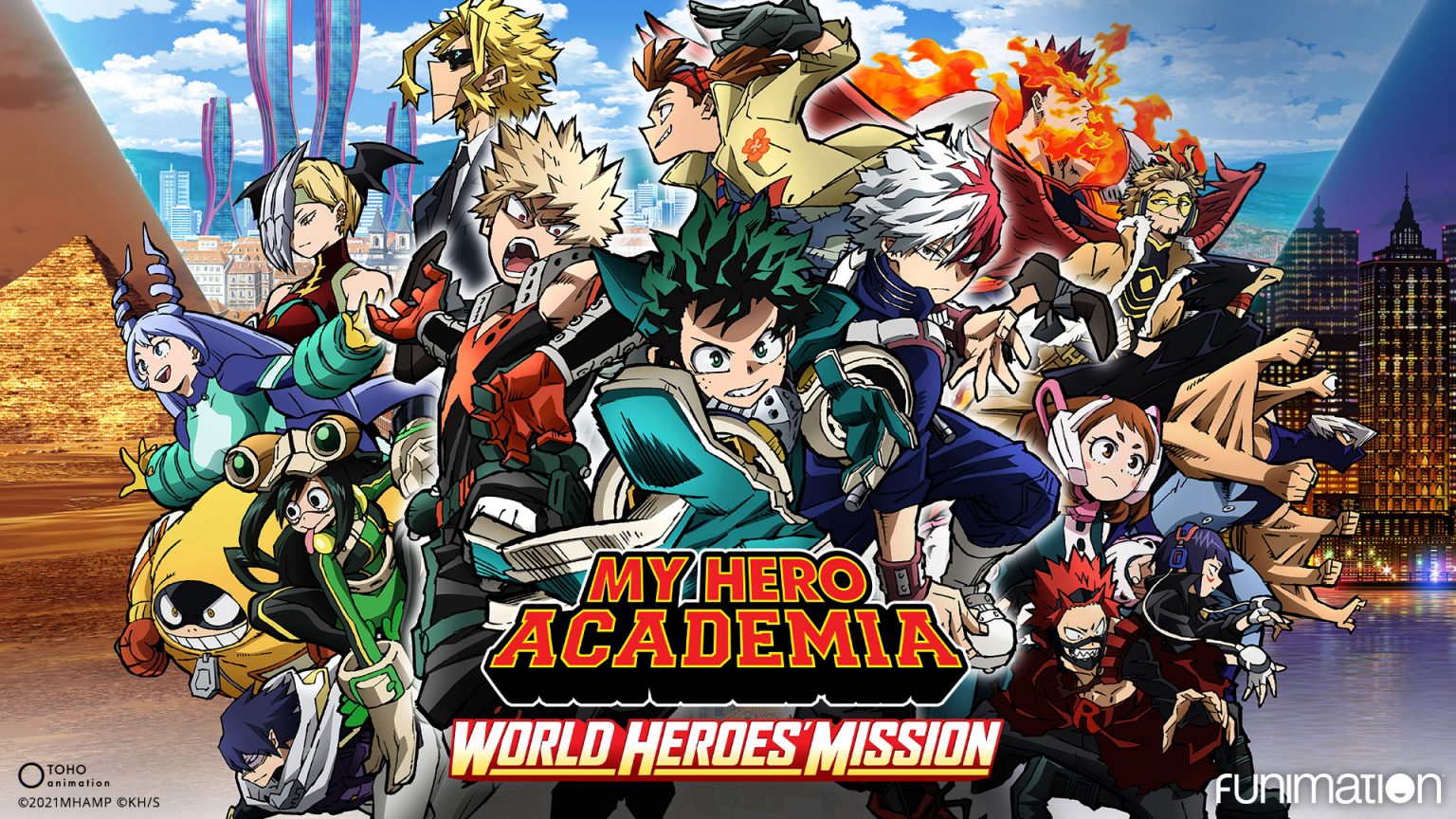 The English dub of the third installment to the “My Hero Academia” movies is about a week away. With high expectations from fans, it may not satisfy all of their wants. It isn’t a bad movie, it just wasn’t as good as it could’ve been, especially in comparison to the recent “My Villain Academia” season 5 arc and “Heroes Rising,” the second film.

Overall, the animation continues to be the focal point for these anime films, and “World Heroes Mission” is no different. The opening drops you straight into a wonderfully animated action packed scene, filled with explosions and surprises.

In this film a sinister organization threatens to wipe out all superhuman powers, the fate of the world is on the line. With two hours until the collapse of civilization, Deku, Bakugo, and Todoroki manage to work as a team, but there’s still one problem. Deku’s on the run for murder!?

As usual we follow the show’s protagonist Izuku Midoriya, hero name Deku, while he goes on a field mission outside of Japan. In fact, almost all of Class 1-A and Class 1-B go to different parts of the world, some staying in Japan to keep an eye on the famous hero school, UA. Countless Pro Heroes join our beloved Hero Course to provide support, leadership, and mentorship to our favorite students.

Villains are causing havoc (as always), the heroes have to take them down, but these ones are different. They’re a large group organization, bigger even than The League of Villains. They have multiple bases around the world, their sinister plan set and ready to go, how will our heroes defeat them?

As I had mentioned earlier, the animation keeps getting better and better. The music is great, the sound effects are great, the performances of the voice actors are wonderful. We finally get to see more Pro Heroes, and the designs for them are really interesting and unique. The same goes for the villains, and the environments. The city layouts were complicated and fun to look at, while keeping their real world appeal. It feels like an extended episode of the show, which I think is a great thing.

The fights, while relatively short, were well choreographed, and well animated. We get to see the versatility in a single quirk, like Midoriya’s One For All or Bakugo’s Explosions. Even with the villains, there was quite a bit of creativity with the environments and how to use it to your advantage, while showing off how much damage can be done with a single blow.

My biggest complaint overall is we didn’t get enough of the new glowing hero costumes. They were in about 3 minutes of screentime, and frankly, I was really upset about it. They obviously spent a lot of time designing them, they look awesome! So why were they only present for a short while? My only guess is that they’re a preview of the costumes that will show up later in the franchise, but we saw them here, so why couldn’t the students have kept them on?

The other concern is the rate of the plot progression, and big plot points that were “resolved” in a single line in the epilogue of the movie. They spent a lot of time on the travel of one place to another, even adding a montage, which doesn’t happen often for the series. It cut down on the fight lengths, and the tension. That may have been part of the plan, but it went on for a bit too long. The situation didn’t feel urgent enough.

That being said, the movie isn’t bad, far from it. I’d give it a 6 out of 10, where as the first is a 4.5, and the second is a 8.5. If the costumes were consistent, and the plot was tightened up, it would’ve been better.

The English dub of “My Hero Academia: World Heroes Mission” is set to release on October 29th in theaters. You can catch the anime series on Funimation.

Tickets for My Hero Academia: World Heroes’ Mission can be purchased here: https://weareani.me/MHAWHMTickets