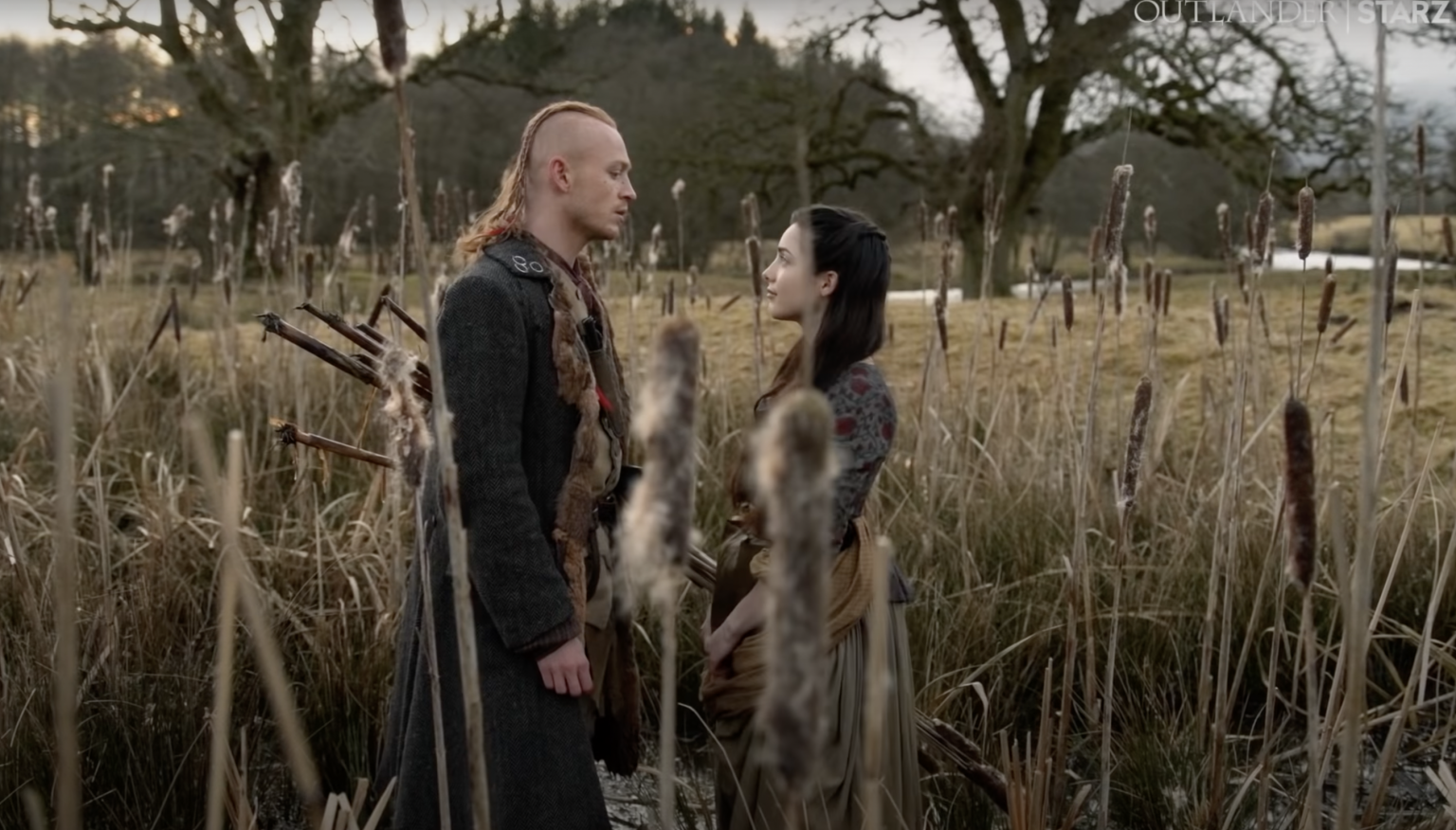 This last Droughtlander has been perhaps the worst for fans since “Outlander” premiered on STARZ back in 2014. Wow, just writing that is crazy. ANYHOW, this morning during the series’ panel at New York Comic Con (NYCC), a new teaser for the upcoming 6th season of the fantasy based on the works of Diana Gabaldon premiered.

Season 6 will cover the 6th novel in the series, “A Breath of Snow and Ashes.” As you can see from the trailer, or if you’re a fan of the books, you’ll know what’s coming. Redcoats arriving at Fraser’s Ridge mean only one thing- the start of the American Revolution. Of course Claire (Caitriona Balfe), Bre (Sophie Skelton), and Roger (Richard Rankin) have been preparing themselves for this. So too has Jamie (Sam Heughan), but only having his family-from-the-future’s guidance makes for some drama all on it’s own.

We do get a glimpse of Ian (John Bell) back on the Ridge, speaking to Malva Christie (Jessica Reynolds), which….yeah. It’s a thing. You’ll see.

While no release date was mentioned in the teaser, it *does* confirm the previous news of an “early 2022” release. We’ll do our best to keep you updated with this and other news.