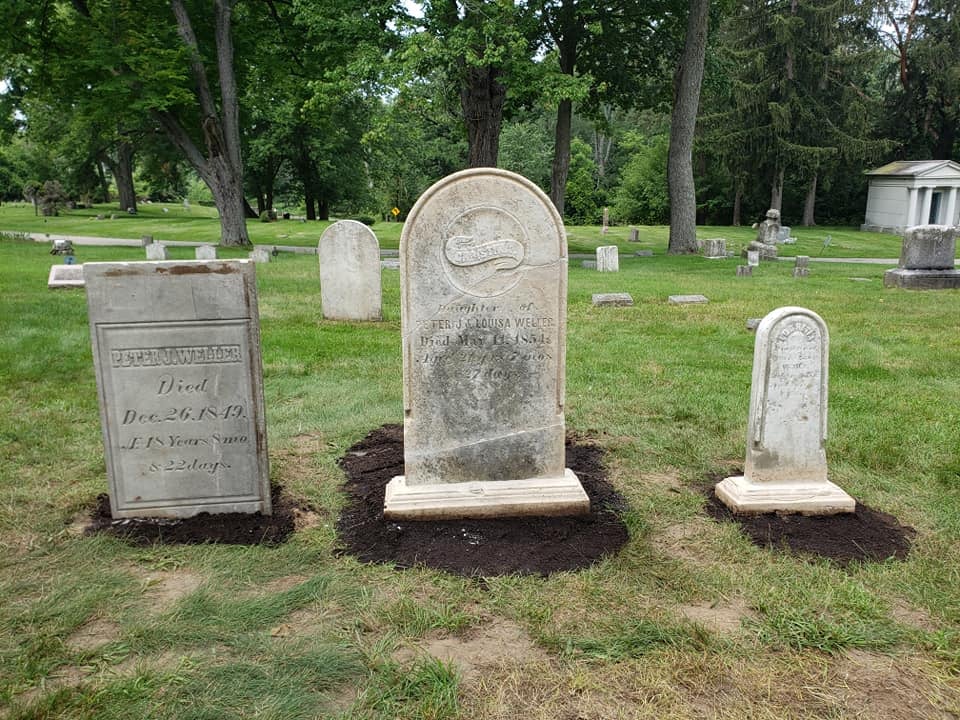 The Friends of Lansing's Historic Cemeteries via Facebook
Funny

Gravestone Missing for 150 Years Found, Being Used to Make Fudge

Some families are weird. Over time, some families have hidden secrets and odd stories that pile up. And sometimes, that means that when Nana is sent off to an Alzheimer’s facility they find some strange things. A woman from Okemos, Michigan was found to have a gravestone in her home from a random person. What’s more strange is the marble gravestone itself was used seasonally to make fudge. Does that maybe mean haunted fudge? We think so.

When they had the estate sale to go through some of the woman’s things someone thought they recognized where it might be from. They contacted President Loretta S. Stanaway of the Friends of Lansing’s Historic Cemeteries (FOLHC).

“The family hired an auctioneer to take care of the items,” Stanaway told CNN. “As he was going through things, he saw this slab of marble in the kitchen and turned it around and discovered it was gravestone. The family told him they used it to make fudge. The family could not say how or when the gravestone got there.”

They looked for family members who were still living but came up with nothing. The gravestone belonged to Peter J. Weller died in 1849 in Lansing, Michigan, and was buried in Oak Park Cemetery. Over the years the body was moved and he ended up at Mount Hope Cemetery in 1875. The gravestone never made it to the new site and now almost 150 years later (146 to be exact) its been reunited with his remains.

To honor him further and to make amends they not only restored his gravesite but also that of his daughter who was in the same cemetery. The FOLHC is planning to have a memorial service to honor his return to his rightful place.

They Have No Clue Why It Ended Up There

It’s just one of those things that baffles the mind. Wouldn’t the family have known that it was a gravestone? There were words on it if you flipped it over. Is this some weird long running rivalry between families? I for one hope that the FOLHC will update us on their investigation because this just screams someone trying to one up another. Even if that meant stealing their gravestone.