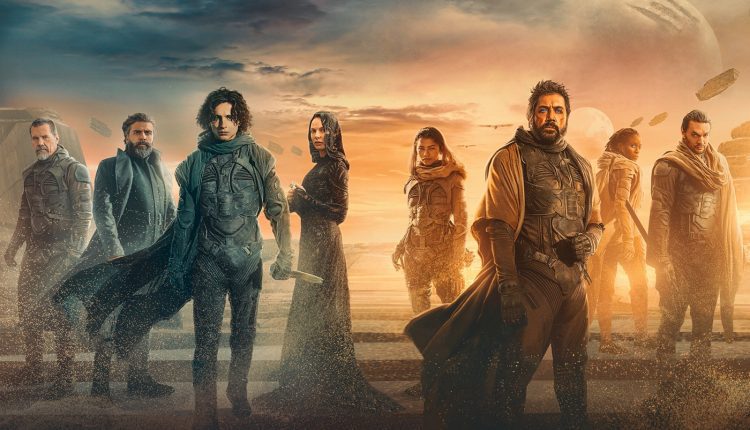 “Dune” has Screened, Here’s What the Critics are Saying

Today marks a very special day for fans of Frank Herbert‘s seminal work of science fiction, “Dune.” A new adaptation, from an Oscar-nominated filmmaker, with a star-studded cast and major studio behind it, is officially showing at the Venice Film Festival. This will be the world premiere, but the film did screen for members of the press and select persons earlier today.

To sum up what we’re seeing so far, reviews for Denis Villenueve‘s take on the desert planet of Arrakis and the families who war over it, have been fairly positive. Some, like Variety’s piece, come off as pompous diatribes, and consist solely of comparing “Dune” to “Star Wars.” This is unfair for a number of reasons, the first being that George Lucas borrowed heavily and freely from Herbert’s universe, as well as multiple other sources. Sure, we understand setting audience expectations means sometimes contrasting and pointing out similarities, but to compare the freaking names? The settings? The action? Get over yourself.

Other first-reaction reviews are more promising, like Erik Davis of Fandango:

I’ve watched #Dune & it’s among the most immersive moviegoing experiences I’ve ever had w/ a sci-fi film. There is masterful filmmaking on display here. When paired w/ its big, monstrous sound, the film wondrously transports you to a new, exciting, horrific yet beautiful world

I was absolutely in awe of the craftsmanship on this film. Every little detail is matched w/ this immensely powerful sound. Might be Hans Zimmer’s best work – the sound on this is truly remarkable, as is the effects & makeup work. What they do w/ Stellan Skarsgard is WILD
#Dune

Favorite performances go to Stellan Skarsgård, Timothée Chalamet, Rebecca Ferguson, Javier Bardem (wish he was in more of the film) & Sharon Duncan-Brewster, the latter of whom has an amazing cinematic moment near the end.
#Dune

If WB doesn’t let this entire crew make #Dune Part II, it will be a great mistake. There won’t be a single person who walks out of DUNE without thinking about what comes next. This is a film that needs its counterpart to feel complete. Maybe that’s a negative, but it’s the truth

IndieWire calls it a massive disappointment:

Not gonna lie, pretty disappointed that the majority of these reviews are from male critics. Hopefully we’ll get more reactions after the premiere, which is happening now.

“Dune” is set to hit theaters and HBO Max on October 22nd, 2021. You can see the most recent trailer here.

Breana Ceballos May 24, 2022
It's rough being a parent. Kids are smart, sometimes too smart, and seem to wait for just the right moment to…
News