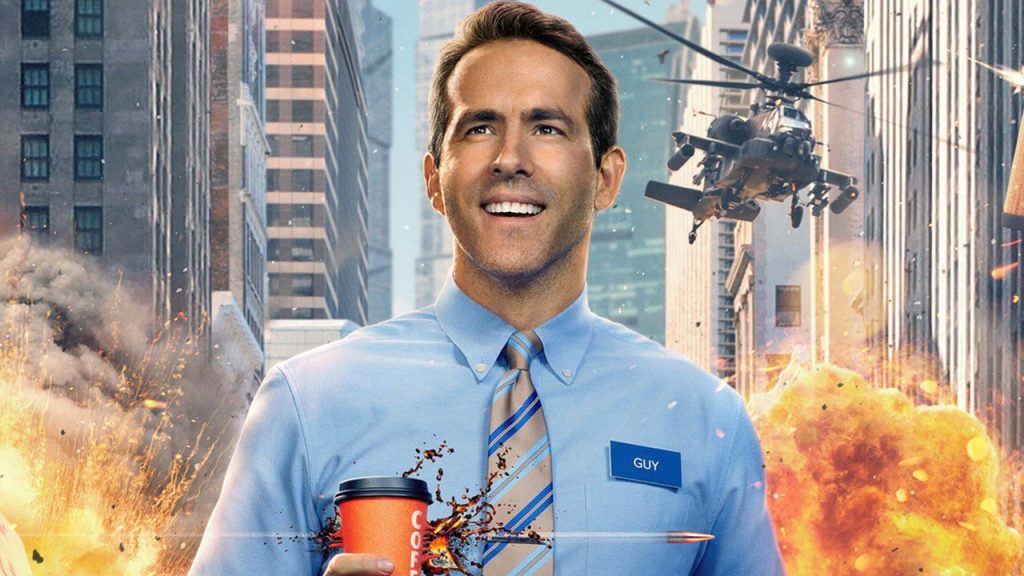 There is simply no reason a video game movie that feels as if it’s been on the verge of release for over a decade due to the pandemic should be this good. The assaulting amount of advertisements also misrepresented the film entirely, and caused me to write it off as being something I probably would never see, let alone enjoy THIS much. But here we are, with “Free Guy” easily being the best movie of 2021. I love Ryan Reynolds as much as the next person, but the trailers for the film screamed live action “Wreck It Ralph” meets the “The LEFO Movie” starring Deadpool with a tinge of “Ready Player One” nostalgia. While some of those elements still exist here, the trailers simply don’t do justice to what “Free Guy” really is and how much fun the film ends up being. It truly works hard to be its own thing and tell its own story, cementing itself as the kind of feel good summer blockbuster we’ve been missing and practically begging for. It is fantastic; well written, well directed, and well acted film that fills the void of what we remember going to the movies used to feel like.

Directed by Sean Levy and written by Zak Penn (oh, there’s the “RP1” vibe) and Matt Lieberman, it tells the story of an NPC named Guy who exists in an open world, GTA type video game called Free City who begins to seemingly come to life within the game after he meets a player known as Molotov Girl. He begins leveling up by playing as the hero, which of course intrigues and upsets the creator of the game and Soonami CEO who is set to launch the sequel that would all but eliminate Free City. We soon learn that Molotov Girl has other motivations than just being a dedicated player, and Soonami may have some other, more nefarious intentions that have real world consequences.

The complexity of “Free Guy’s” narrative is incredibly surprising due to the trailer misrepresentation. It simply doesn’t really give you the full scope of what it is about, and while it may help a little bit to be surprised as you learn what’s happening in both worlds and how they intersect, stripping the film down to its most basic plot points (that end up not even being the focus of the film and more of the catalyst for events) is a disservice to those who were probably on the fence. It could be easy to write this off entirely, but that would be a huge disservice to yourself and a denial of experiencing something truly special. Levy takes the experience of some of his other popular work like “Night at the Museum” and “Real Steel” and implements all of their strengths and none of their weaknesses. Levy is purposeful and mindful of his execution, bringing everything to life in the best of ways. You can tell he truly cares about the story he’s telling and it shows. “Free Guy” displays incredible directorial craftsmanship when it isn’t even necessary, which is another reason why the film sets itself apart into greatness.

Likewise, writers Penn and Lieberman bring their experience of fantasy and heart to “Free Guy,” with Penn’s work harkening all the way back to “Last Action Hero,” another meta narrative about the “fake” world colliding with the real one. He also penned (no pun intended) the screenplay for “Ready Player One,” and you can tell here that he had a lot of fun working on that project and wanted to take a stab at a his own interpretation of sorts. I want to be clear: they are NOT the same film at all, merely inspired by elements of the latter. Likewise, Lieberman injects the heart and feels into “Free Guy,” with his most popular work being “The Christmas Chronicles” and its sequel. Levy, Penn, and Lieberman are a powerhouse combination, beautifully and carefully crafting terrific narrative that feels important but not pretentious, and oozes with their own love for everything about this film. It is amazing what you can accomplish when both the director and writers actually care about what they’re doing, and “Free Guy” is a prime example of how that makes true movie magic.

Of course, all of this would be nothing without its actors who ALSO seem be loving it here. Reynolds proves that while he is as charming and charismatic as ever, channeling the persona that has made him a superstar, he is able to harken back to the kind of innocent, naive but silvered tongued, wise cracking charmer he was BEFORE Deadpool. He avoids the Johnny Depp/Jack Sparrow pitfall here, and while he is Ryan Reynolds through and through, he’s more “Just Friends” than Merc with the mouth. This makes his performance really refreshing and enjoyable. Likewise, Jodie Comer (“Killing Eve” which you should absolutely watch because she is incredible there too) turns in a dual role of sorts, and pairs wonderfully with Reynolds. They have great onscreen chemistry, and their relationship feels organic and real, both in the video game and through the events that are happening outside of it. There simply isn’t a bad performance here, with Joe Keery, Lil Rel Howery, and Utkarsh Ambudkar all on top of their game. The film tells such a great story and is so well performed you care about every single character. We are fully invested in everyone, and all of them have meaningful arcs that matter to us as much as they matter to them. Nothing feels forced or messy, with a sprawling narrative feeling concise and purposeful that allows everyone in “Free Guy” to thrive.

I am convinced that we don’t deserve Taika Waititi, who I have saved for the last character to mention as the villainous Soonami CEO Antwan. Not to say how good he is at being bad (seriously, there are times where he’s downright diabolical and terrifying), but because “Free Guy” seems to have a deep understanding of videos games, both in their actual operation and their behind the scenes creations. The film carefully crafts its video game world, littering the background with countless nods to an array of gamer easter eggs that help make the game mechanics believable. Waititi’s Antwan also represents all of our worst conceived notions about game developers and how they operation, and while he’s clearing playing it up for laughs and exaggerating his antics, it’s not too far off from how players view MOST developers. “Free Guy” touches on rushing to release unfinished games for the sake of profit and deadlines, money over quality, eccentric and borderline abusive CEOs and how they treat their employees (here’s looking at you Blizzard), a seemingly complete disregard for players and their concerns, and the overpromise, underdeliver model that has dominated the gaming world over the last decade.

It’s not the focus of “Free Guy,” but it’s worth noting to point out the kind of care and concern that the creators have for the subject matter. This is more than a video game movie. It is truly THE feel good summer blockbuster movie we’ve been waiting for. It proves that you can have genre predictability that still tugs at the heartstrings and delivers huge laughs if executed well. You can deliver memorable cameos as long they’re purposeful to the overall narrative. You can squeeze in a love story as long as the story hinges on it from the beginning and we’re invested in why the characters are doing what they’re doing. You can have nostalgic moments as long the story is more important than those singular events and matter to the story at hand instead of scanning the background for them or cramming them in because you happen to own the property (yeah, I’m talking about you “Space Jam A New Legacy“).

The point is, you can have your cake and eat it too as long you took the time to make a good cake. “Free Guy” delivers on everything you could ever want from a movie going experience, packed with a great story, big laughs, beautifully crafted action and characters we are willing to invest in. And it does all of this in just under 2 hours, topping in at 115 minutes. See, guys? You CAN make a shorter movie that packs a punch and tells a complex but meaningful story without stretching it far beyond its capabilities. Do more of this, I’m begging you!

I simply can’t stress how good “Free Guy” is. I was not expecting to rave about it like I am, nor did I think I would have this much fun watching it. It is damn funny and well made, and should be the new example of video game movies done right.

So stop abusing NPCs and teabagging your most recent kill and go see “Free Guy,” which is in theaters now.